You’re laying on the beach. Wind blowing in your hair. You have a delicious sandwich. You don’t think this day can get any better… until… is that 100 pounds of marijuana that just washed up on shore?!

Huge bags of marijuana are washing up on shore along the Atlantic Coast in Florida. They’re individually wrapped 5 kilo bricks of the stuff.

Nobody is really sure where this weed came from. Probably a boat. Right? Or maybe it’s really old weed from pirates. Cops also say there’s the possibility it was air dropped and it missed the target. Which that is just embarrassing and careless for the drug dealer. With the approach of Hurricane Florence underway the winds and waves are stronger forcing that weed to the beach.

When the weed arrived at the beach beach goers weren’t really sure what to do. Some people wanted to keep it, some nerds wanted to call the cops.

This is how one call went down “We’re at Jungle Hut and a huge bundle of drugs or something just washed up on the beach and there are people like fighting over it…There’s like seven or eight people out here and they’re all like huddling up against it, and my dad’s trying to take it so that you guys can have it all.”

I’m just gonna say it… that dad is a suck up.

Not everyone stuck around for the police to show up. Some grabbed that weed and ran for it. A 61 year old man put 11 pounds in his trunk. And when the cops came he claimed he was waiting for them to arrive so he could give it to them. He was then arrested for possession.

Another girl got her picture taken while snagging some of the weed so the cops are still trying to find her. 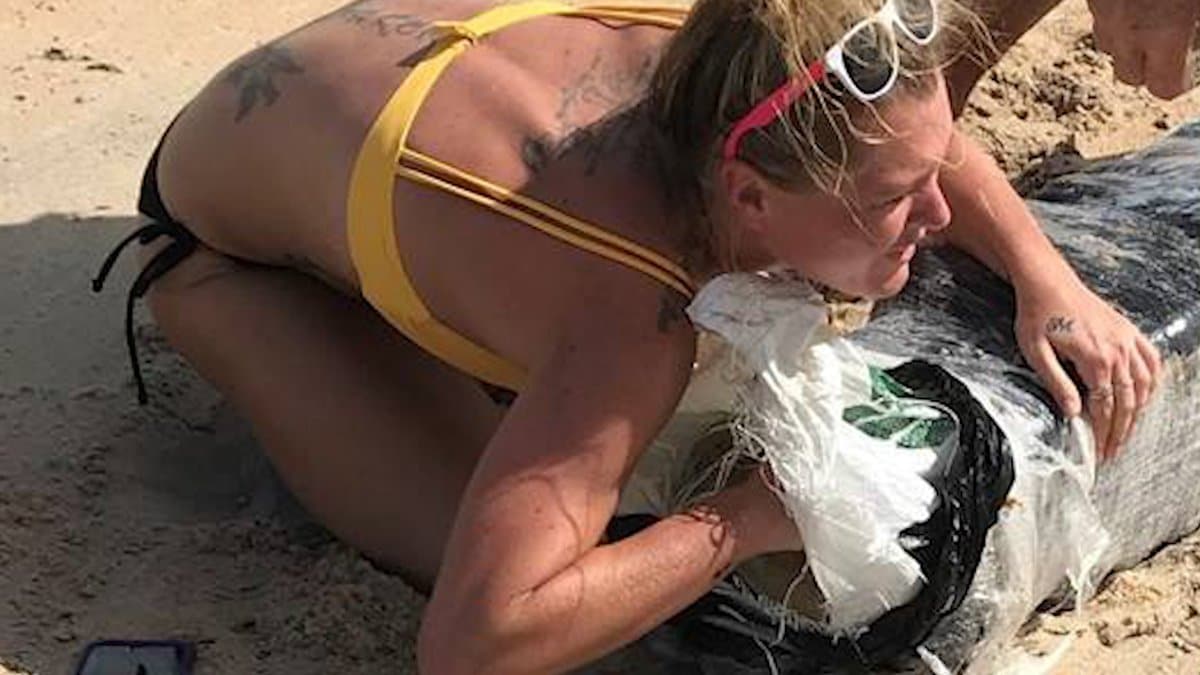 Quite the iconic picture though.

Weed is legal in Florida, but only medically. I imagine a bunch of weed washing on shore whether you have a medical card or not is probably illegal for you to take.

Also that bundle that washed up on shore was only one of many. Marijuana bundles were popping up in 3 different counties. I know that the cops did not find all the weed. Someone for sure went home with a lifetime’s supply.

According to police this isn’t actually that rare of a case. Evidently weed washes up on the shore in Florida a few times a year.

There must be a lot of drug dealers in trouble.

So what would you do if you found all this weed on a beach? Let us know in the comments or on Twitter at @WhatsTrending.