The world of showbiz is like some other distant reality to us mere everyday mortals. We see celebrities on their big nights out and we can but dream of joining them. The bigger the celebrity or the stranger the event, the better it looks for us. You never quite know what’s going to happen, but the one thing you can guarantee is that a good time is on the cards. Here are seven activities you’d have gotten involved in if you had the chance:

Rollerblading with Katy Perry
She might light up a dancefloor with hits like “I Kissed a Girl” and helped put budding musicians on the path to their dreams in American Idol and The X Factor, but the popular singer is no stranger to a roller dancefloor either. Eagle-eyed observers spotted her on a night out at a roller disco after her split with UK comedian Russell Brand. When the divorce finalization came through, Ms Perry headed for the roller disco, wearing a flowery outfit and a colorful pack and the skate was on. You’re never too old to have fun when you’re with Katy Perry and a roller disco night makes a cracking alternative night out from the usual.

Living it up in Vegas with Cheryl Cole
Everyone knows the score — what happens in Vegas, stays in Vegas. Not if you’re Cheryl Cole, though. The former UK X Factor judge and ex-band member of Girls Aloud was spotted celebrating her 30th birthday big style in the entertainment capital of the world. There with dancer boyfriend, Tre Holloway, and Girls Aloud mates Kimberley Walsh and Nicola Roberts, the group were seen hitting the vodka and Red Bull and dancing the night away. Photographers captured the birthday girl crashed out on a sofa with her arms around her mates. According to rumors, Cheryl spent £50,000 on the celebrations (approximately $64, 940). 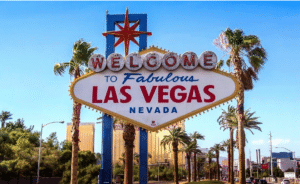 Playing third wheel to Beyoncé, Jay-Z, Kim Kardashian and Kanye West
Wouldn’t you have just loved being on a table at the 2012 Black Entertainment Awards? The event was power-packed with celebs and if you were observant, you would have spotted musical titans Beyoncé and Jay-Z sharing a table with reality TV queen Kim Kardashian and the ever-enterprising Kanye West. There was talk that things were a little frosty between Jay-Z and Kimmie, but that could well have disintegrated as the musical company at the table cleared up on the major awards. Still, it would have been interesting to be a fly on that wall!

Partying at a festival with Katy Perry and Rhianna
Bottom line, Katy Perry is a party animal at heart, it would seem. She’s also a close friend of Rhianna, but if it’s not at a promotional event or an awards show, the two don’t get to see each other. Enter Coachella 2012 and cameras captured the two popstars seizing the opportunity to catch up, hug each other and dance away. There the two witnessed an epic performance from Snoop Dogg and Dr Dre, which was also highly memorable as it featured a hologram of Tupac Shakur, allowing the late hip-hop star to perform together with his two friends.

Shots with Harry Styles and Rita Ora
How can a night-out be so much fun and yet so awkward at the same time? Well, if you’d attended event planner Paul Rowe’s 40th birthday bash in 2013, you’d have discovered how. At the party, which took place at The Groucho Club, in London, UK, One Direction heartthrob Harry Styles was seen cuddling up to model Cara Delevingne’s close friend Rita Ora and doing shots with her.
At the time, rumors were swirling round that Styles may or may not have been dating the model. Get past the rumors and the awkwardness and you’d have been having a whale of a time with the two singers. If you were to have been feeling a little on the uncomfortable side with it all, you could have just gone up and had a chat with musician Noel Gallagher, who was also at the bash. 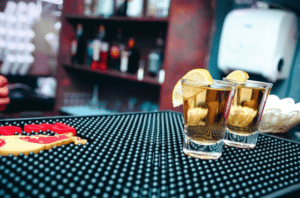 Celebrating an album launch with Jay-Z and Beyoncé
The pop music mega-couple may have a stormy relationship at times, but when things are good, they’re fantastic. Never was this more apparent than at the launch party of Jay-Z’s album “Magna Carta Holy Grail”. The bash took place in Brooklyn at Pier 41 Liberty Warehouse in July 2013 and welcomed guests such as rapper Busta Rhymes, Kanye West (of course) and costume designer June Ambrose, to name but a few. Photographers snapped Beyoncé and her beau, laughing and dancing, drinks in hand. The album itself features tracks that include Justin Timberlake and, however not, Beyoncé.

Yachting and partying with Rhianna and Cara Delevingne
At the time they were photographed out together in the early hours of the morning in London, Rhianna and Cara Delevingne were both showing an interest in each other’s fields of expertise. Rhianna had released her collection in collaboration with River Island and there was talk of the model getting into the music business. A few weeks before their night out in the Big Smoke, the two had spent some time together on a luxury yacht in the south of France. Normal rules would dictate not mixing business with pleasure, but these two don’t seem to mind flaunting that convention!

The celebs above may work hard at their craft, but they sure know how to let their hair down, too. If the ordinary member of the public could knock back a shot with Rita Ora, attend an awards bash with reality TV royal Kim Kardashian or hit the town on rollerblades with Katy Perry, they’d do it. They might have to do it under the watchful eye of the paparazzi or amid a swirl of rumors, but a little thing like isn’t going to stop them. These guys and girls have their eyes firmly on the prize: a good night out. Raise your hand to your brow and salute them!

Brought to you by John Spender