Wow, these sketches are stunning... 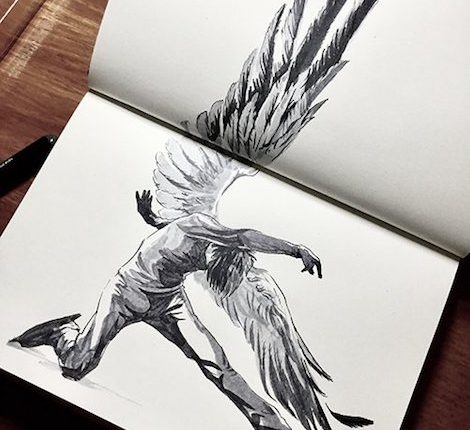 As the sun shines through the golden leaves and the frosty breeze catches your breath, it can only mean one thing: it’s fall. Yes, the month of October is upon us, and not only does this month bring wonderful annual traditions such as Halloween and Pumpkin Spice Lattes, but the first day of October also marks the start of Inktober.

Inktober is an annual challenge that is shared by the artists of the Twitter community, where it challenges these aspiring Van Gogh’s to draw a sketch, based on a different theme, every day of the month. Now the challenge isn’t easy, as a lot of time and effort must go into creating a masterpiece. However, many artists have shared their process and their final piece on social media, which has made everything look so peaceful, relaxing and a lot easier than what it may seem.

Inktober day 1 ?✨I have some fun pieces planned but definitely won’t be able to do them every day lol #inktober #inktober2018 #inktoberday1 pic.twitter.com/3y728DvyR2

I don’t know about you, but the feeling of comfort that these sketches bring me make me feel so warm and cosy inside. It’s definitely the best challenge to surf through when you’re cuddled up under a blanket with a hot drink in your hand. Although, I can’t imagine that this is how the artists must feel.

It may only be day one, but people are already joking about how their sketches may begin to look after a few days in to the challenge, with some admitting that they won’t be able keep up with the process of sketching every single day…

Yeah, ok, it’ll be good for me to try a few days at least.. #inktober #hannitober pic.twitter.com/P4baNqStr3

I'm trying to do #Inktober2018 sketchy like this so I can do 1 each day without sacrificing too much of my work time? pic.twitter.com/FnHf9PfXSw

It’s such a captivating challenge, that I’m sure many will be tuning into every day until it’s time for Halloween.

And, if you are looking for a little bit of Halloween inspiration for Inktober, here’s a magical Inktober cat to grant you a few wishes and help you on your way…

Do you think Inktober will be a difficult challenge? Are you participating in Inktober? If so, let us know in the comments, or on Twitter at @WhatsTrending.

Pranksters Hang Promotional Poster of Themselves in…