Were you so busy yesterday juggling your friends, family, work, and dog that you had no time to watch the Emmys? Don’t worry. I’ll tell you what you missed.

The Emmy’s, an incredible time of year where people who we don’t really know win awards for shows we don’t watch. Anyway here’s what happened.

Everyone’s favorite Betty White gave a surprise appearance, and people think she was funnier than the opening monologue. Which is probably true.

Not sure why they even have hosts for the Emmy’s or why the hosts even give opening monologues anymore. They’re always bad, or controversial or boring. Just let Betty say a few words each year and start passing out the awards. Keep the ball rolling. The show is too long as it is.

Speaking of bad monologues, Chrissy Teigen was the highlight of the monologue. And she wasn’t even the one on stage. A joke was made & the camera cut to Chrissy Teigen, visibly uncomfortable.

The internet loved her reaction so much. It was GIF’d immediately with many people relating to her reaction.

😂😂😂 @chrissyteigen is all of us. #Emmys pic.twitter.com/emRTR8tOaG

And Chrissy responded to the meme tweeting “man. you guys are brutal.”

man. you guys are brutal.

Later in the night a creepy dude in the crowd left fans wondering if Donald Glover was dressed in full costume as one of his characters he plays on his show Atlanta. Or if it was a someone else dressed as his character The costume would’ve required him to wear full prosthetics but he was seen in the audience only shortly after in no costume or makeup.

Many seemed to think he was going to accept his award in character. But later this picture surfaced. 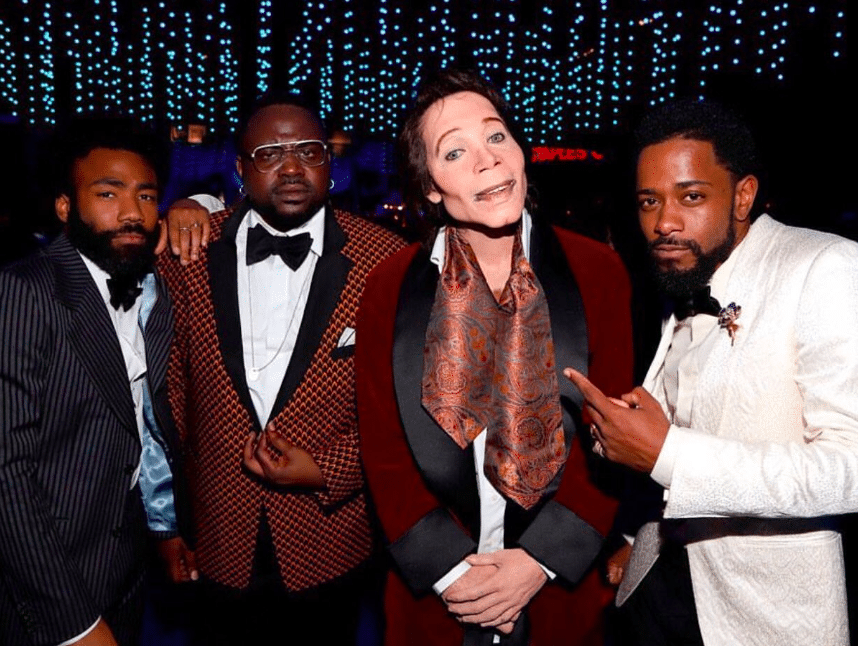 So who was that dude that shook Bill Hader’s hand? 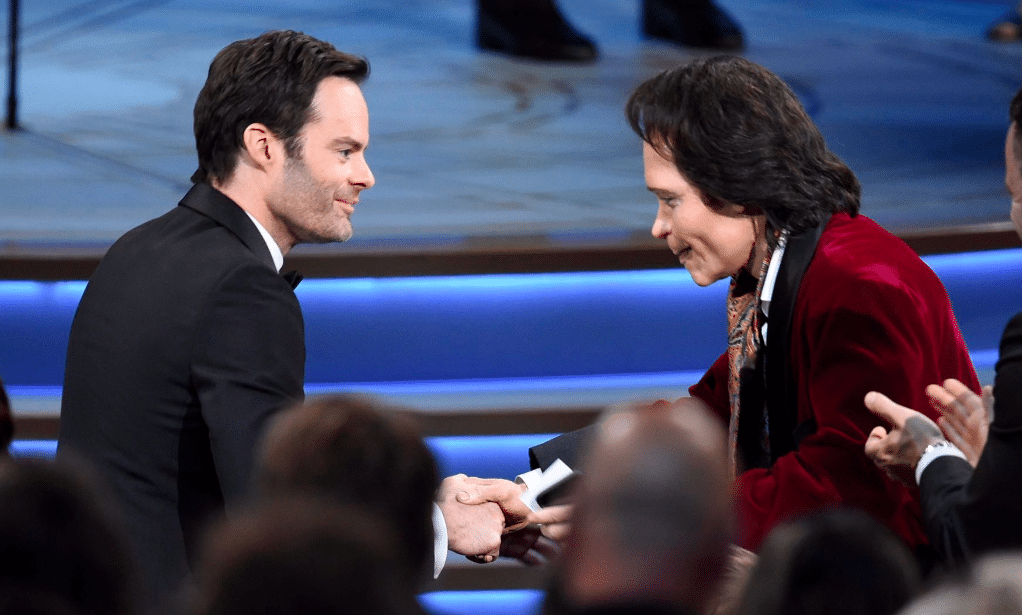 And last but not least the biggest event of the Emmy’s was a proposal. A director named Glenn Weiss won an emmy. During his acceptance speech he began to propose to his girlfriend in the audience.

The audience flips out people are cheering. And the his girlfriend starts saying “yes” before he even asks her! Then the audience encourages to go on stage. And at this point everyone in the audience is crying. And he pulls out the ring.

So she says yes. Thank god, that would’ve been awful to go home an Emmy winner but short a fianceè.

What a beautiful end. To a mediocre awards show. What’d you think about this years Emmys? And what was your favorite moment? Let us know in the comments or on Twitter at @WhatsTrending.