The internet soon exploded to this landmark ruling. 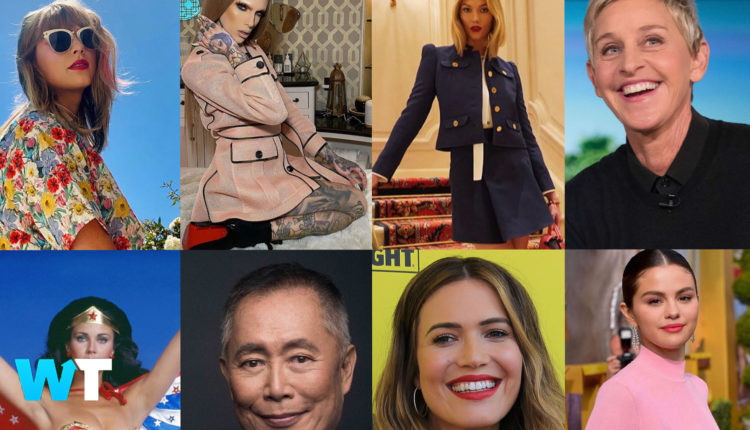 Recently, in a 6-3 decision, the Supreme Court ruled that the Civil Rights Act of 1964 protects LGBTQ employees from discrimination at work.  From now on, it is a violation against the federal law to fire an employee due to their sexual orientation. This final decision was written by Justice Neil Gorsuch,  Trump’s first Supreme Court nominee.

The internet soon exploded on this landmark ruling and many celebrities gave their opinions on this issue. Here we’ve listed out 8 celebrities’ comments.

The “Love Story” “Blank Space” singer Taylor Swift commended a “YES!!” to the court’s ruling, expressing her appreciation towards the Supreme Court Justices and the advocates who fought for this.

YES!! Thank you to the Supreme Court Justices who voted in favor and all the advocates who have fought so hard for this! We still have a long way to go to reach equality, but this is a beautiful step forward. 🌈❤️🧡💛💚💙💜🌈 https://t.co/zTd3i5P2TL

The American super model Karlie Kloss shared the news with her followers on Twitter. She ended her post with assortments of rainbow color hearts, showing support towards the decision.

Today the Supreme Court ruled in a 6-3 decision that the 1964 Civil Rights Act, which banned employee discrimination on the basis of race, color, religion, sex or national origin, also protects LGBTQ employees from workplace discrimination! ❤️💚💜💛💙🧡

The actress and singer Mandy Moore referred to the Court’s ruling as ” incredible” and as a bright spot in these dark times.

This is just incredible news! A bright spot in a dark time. https://t.co/SVUpOIL7LC

The activist and actor of Hikaru Sulu from Star Trek joined the crowd to celebrate the court’s decision on this “happy day”. He wrote “today we mark another milestone in our struggle for equality with a victory in the Supreme Court, extending Title VII nondiscrimination protections to LGBTQs.”

The LGBTQ civil rights movement began 51 years ago with the Stonewall Riots, led by trans POC heroes. Today we mark another milestone in our struggle for equality with a victory in the Supreme Court, extending Title VII nondiscrimination protections to LGBTQs.

The wonder woman Lynda Carter called this Supreme Court decision “a victory.”  She tweeted “a victory for LGBTQ rights is a victory for us all. Happy Pride,” featuring a picture of her waving the rainbow flag with a big smile on her face.

A victory for LGBTQ rights is a victory for us all. Happy Pride! 🏳️‍🌈 pic.twitter.com/c5IFBmWSe9

The famous television host retweeted the news, calling it “historic.” This one word captures the essence of this Supreme Court decision, a step forward in history.

What do you think of the Supreme Court’s decision? Comment down below.