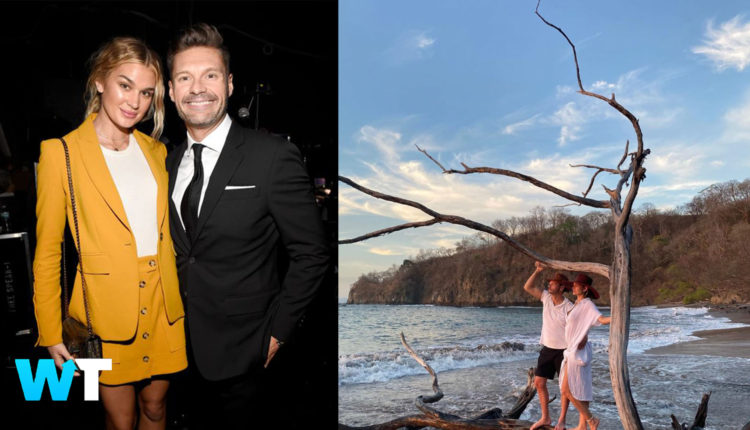 Ryan Seacrest and Shayna Taylor broke up AGAIN. This is the third breakup in their relationship. Before this, Ryan and Shayna first started dating in 2013 and broke up in 2014. Then, the couple got back and moved in together in 2017. The spark lasted for two years and they decided to separate again in 2019. After this 7-year marathon, the two are no longer together romantically but they remain as friends. Ryan’s spokesperson revealed that “Ryan and Shayna decided to end their romantic relationship amicably some time ago. They remain good friends, each other’s biggest supporters and will always cherish their time together as a couple.”

For those of you who don’t know this couple as well, here’s a little bit background information. With a net worth of 330 million dollars, Ryan Seacrest built up his fortune as an American radio personality, television host, and producer. He hosted American Idol, Live with Kelly and Ryan, and Dick Clark’s New Year’s Rockin’ Eve. On the other hand, Shayna Taylor graduated from The Art Institute of California and started her career as a chef at the Ritz Carlton in Southern California. Other than being a chef, Shayna is also a professional model and personal trainer. The two first met at a restaurant, where Ryan was astonished by Shayna’s angelic look. As a result, Ryan made the move to talk to Shayna. The two quickly fell in love together despite their 17-year age gap. Since then, Ryan and Shayna started their on-again, off-again romance.

Despite their sweet memories, Seacrest later described their relationship as a “rollercoaster.” He said, “When we drive by an amusement park, I always look at the roller coaster and go ‘Look, there we are.’ It’s definitely upside-down loops. It’s no Thunder Mountain. It’s definitely the Mind Bender.”

Happy birthday to a chef, a legend, and an angel @shaynateresetaylor! Here’s a throwback from before our new normal.

Recently, insiders reported that Seacrest had moved on. He hung out with a mysterious woman in Mexico over the past week. On the other side, Shayna had not yet responded to the breakup. No matter what they choose, we hope the two find their own happiness and true love. Best wishes to the TV host and the talented chef.

For more celebrity news, follow WhatsTrending. Recently, Beyonce announced that her new visual album, Black Is King, will premiere on July 31st on Disney plus. Check out this article to learn more.