Tina Fey requested stream platforms to take down 4 episodes of "30 Rock" in which the characters appear in blackfaces. However, the internet said this is not enough... 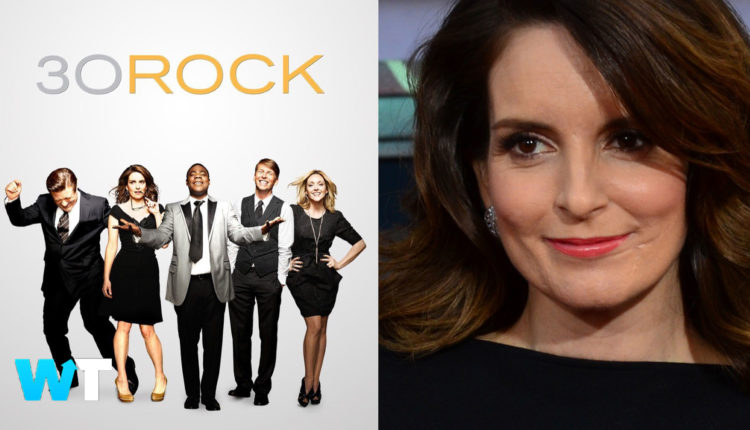 The creator and writer of “30 Rock”, Tina Fey,  requested all stream platforms to take down 4 episodes in which the characters appear in blackfaces. NBCUniversal and the show’s co-creator Robert Carlock signed the letter that went out to all streaming platforms regarding this matter. From now on, these four episodes will no longer be available on Hulu, Amazon Prime, iTunes, or any reruns of the show. The episodes in question are “Believe in the Stars”, “Christmas Attack Zone”, “Live from Studio 6H” and the East Coast version of the “Live Show”.

In a note to the press, Fey wrote “As we strive to do the work and do better in regards to race in America, we believe that these episodes featuring actors in race-changing makeup are best taken out of circulation.” She also claims to understand that ‘intent’ is not a free pass for white people to use any racist images. Besides this, Tina Fey apologized for the pain that 30 Rock has caused. She went on to say that “going forward, no comedy-loving kid needs to stumble on these tropes and be stung by their ugliness.” If this was Fay’s attempt to give herself some leeway for the past wrongdoings, it didn’t quite achieve the desired outcome. Simply put, the internet didn’t go easy on her.  For example, one user called her out: “How did Tina Fey just realize that blackface is bad?”

Tina Fey demanding to lockaway all the blackface 30 Rock episodes in the NBC vault is such a farce bc like…girl you wrote them…barely a decade ago?

I want people do realize, NBC andTina Fey are only doing this because fo negative pressure they may feel if they keep it. Blackface was bad in 2013 when the show stopped airing and it's bad now.

Getting more annoyed at this the more I think about it. There are so many thoughtful ways to engage with this and fey (who barely even pretends to care about race) just wants us to forget it

Nevertheless, Tina Fey made racist comments all across her work, according to the internet. This includes using yellow faces in ‘Unbreakable Kimmy Schmidt’ and repeatedly using Asian stereotypes.  On top of these, she had also previously cast white actors in the roles of Native Americans.

Tina Fey is racist as hell, how am I just learning about this now :

Hey Tina Fey, how about taking down all the Unbreakable Kimmy Schmidt episodes that promote red face by having a White woman play a Native character?

Oh wait, that would be the entire series.

Maybe i'm wrong but i see a pattern in Tina Fey's 'comedy'…. 🤔 pic.twitter.com/GDRvF24cXw

Tina Fey also has a shitty track record when it comes to depicting Asian people, women in particular. Mean Girls, Sisters, 30 Rock — the underlying "joke" is that they're hyper-sexual, and looking for green cards/can't speak English.

As normal human beings, we all make mistakes. Indeed, it’s important to learn from those mistakes. However, learning from mistakes includes recognizing the wrongdoings and actively making an effort to correct them. Thus, simply disguising the misconducts might cause more backfires. What do you think of Tina Fey and NBCUniversal’s decision to take down the four episodes? Comment down below!

For more social media news, follow WhatsTrending. Recently, some TikTok users found human remains in a mysterious suitcase. Check out this article to learn more about this scary treasury hunt.