Ah man. It’s shocking looking at this thing how much emotion I have wrapped up in Disney’s Aladdin. I saw the animated original for the first time when I was so very very young, so there’s that element, and I associate the film with the unnatural and gone too soon talent of Robin Williams, so there’s that too. Now comes the remake, which those of us who grew up with the original Aladdin eye with suspicion. Will it try to dethrone the beloved original? Could anything actually do that? How will Will Smith’s performance as the Genie’s compare to Robin Williams’? I mean, we know they’re going to be WILDLY different.

Now our first clue for the upcoming Disney remake comes in the form of a poster — the first known piece of advertising for the film — showing a slightly remodeled version of the famous lamp, along with the film’s tagline — “Choose Wisely” — implying the movie’s focus could be a more philosophical one rather than the “something from nothing in a world inspired by the Looney Tunes” vibe of the original 1992 animated feature. Check it out. 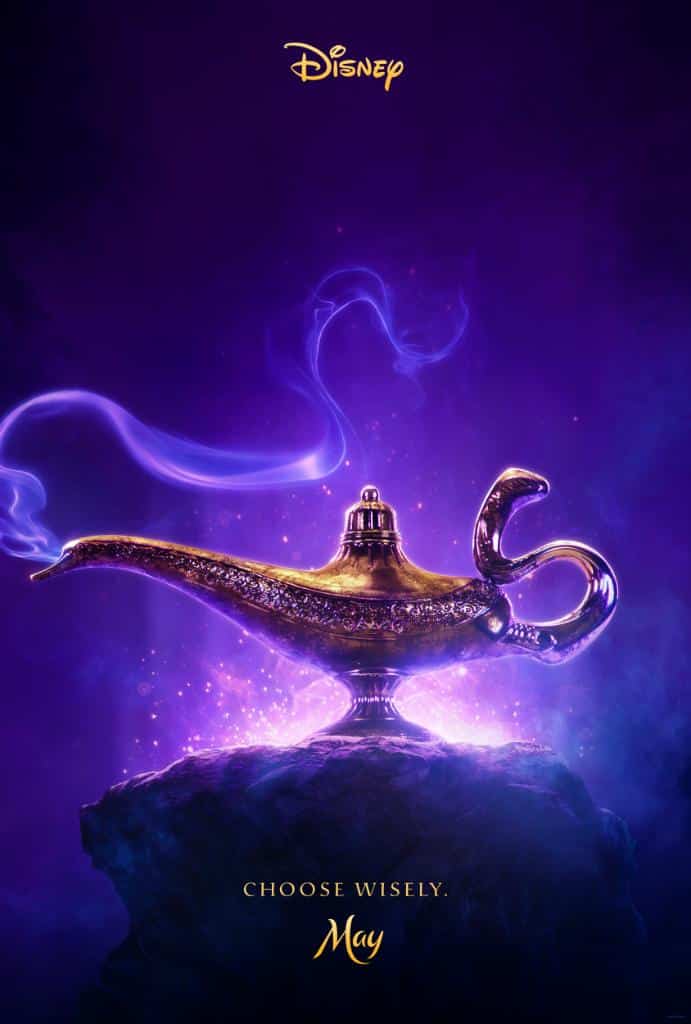 As Fandango pointed out however, this isn’t too different from the original Aladdin poster, which included two hands rubbing a lamp against a purple background, but the energy of the first poster is aspiration, while the energy of the second one is more horror driven and one that breathes with consequence. An Aladdin for the times we’re in, eh?

The movie is set to be directed by Guy Ritchie, and has a release date of May 24th, 2019. We can’t wait. If we had three wishes well… none of them would be to see the movie earlier, but we would make sure to tell the Genie that if we had a FOURTH wish… oh, buddy. It would be to see this masterpiece a little sooner!

What do you think of the movie poster? Let us know in the comments or on Twitter at @WhatsTrending.