Columbia University announced that they will be hosting six additional ceremonies based on race, ethnicity, income level, and other forms of identity. The statement initiated controversy as some misunderstood the idea, describing it as segregation. However, the point missed was that this would not replace the University’s existing commencement, but act as an add-on opportunity for students of different minority groups to come together and celebrate.

Native, Asian, Latino, and Black graduations are given as options for students to register and participate. A Lavender graduation will also be held for the LGBTQ community as well as a ceremony for low-income and first generation students. The purpose behind this idea is for these groups to celebrate each other’s achievements within a community which they belong. 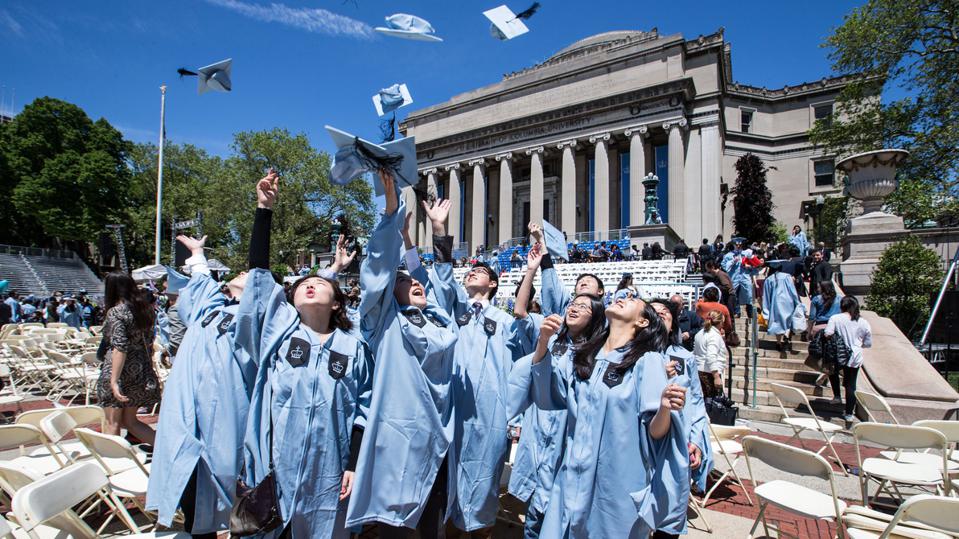 The responses were multiple, with many believing that such a move from the university signals segregation. Others on the other hand emphasized how universities all around the country have kept this as a tradition for years, highlighting that Columbia is not the only institution to hold such ceremonies.

All this uproar Fox News is trying to make about additional multicultural graduation ceremonies at Columbia University, as if this hasn’t been a thing at universities around the country for decades. I did Pilipino Graduation at UCLA in 2011! Organized by students for students.

When I first saw the Columbia University thing I was like "That's not okay. Thats segregation."

Columbia University is NOT holding 6 graduations segregated by race. They have 1 graduation and then student interest groups have OPTIONAL SEPARATE EVENTS! Like my sorority had a separate members only ceremony

I don’t know who needs to hear this – cough, Columbia University, cough – but separate but equal is not equal. It’s also illegal.

Columbia University was chartered in 1754, and didn't start admitting black students in significant numbers until the 1920s. So when you describe it as always having had a pluralistic tradition, I'm not sure what you mean.

The university was quick to clarify the misunderstanding following the negativity which sparked after their announcement was made. In a Twitter statement, they mentioned:

“Reports today and previous tweets misrepresent our multicultural graduation celebrations, which exist in addition to, not instead of, University-wide commencement and individual school Class Days.”

In a continued Twitter thread they stressed the idea of bringing people together rather than separating them. Their goal was to unify students represented by these groups allowing them to share their accomplishments amongst each other.

“These events are important, intimate and welcoming spaces for students aligned with these groups to come together to celebrate their achievements if they wish. They are organized in tandem with students and student groups.”

“In most instances, these celebrations evolved from ceremonies originally created by students and alumni. They are open to every student. They are voluntary. And they have become a highly anticipated and valuable part of the Columbia graduation experience.”

These ceremonies are popular amongst many colleges and universities across the nation. Portland State University and Texas Women’s University have also planned to host multicultural commencement ceremonies later this year. Georgetown University is another example which follows this tradition holding ceremonies for Asian, African, and Latin communities, saying that this is “a way to bring students of color together.”

The story began heading towards the wrong direction following an article posted by Fox News with the headline, “Columbia University hosting 6 separate graduation ceremonies based on income level, race, ethnicities.” Some misinterpreted the facts, initiating an online uproar accusing the institution of “segregation.”

Chemical engineering professor, Faye McNeill, called out the Fox News story on Twitter describing it as “disingenuous and bile-filled.” He stated how the class of 2021 has gone through many ups and downs regarding their education as a result of the pandemic, thus such a move should be considered uplifting rather than a negative.

“It takes a special kind of negativity to spite the university for making it possible for students to celebrate, if they choose, with the peer groups that have been their support network and life line away from home during this strange and difficult journey, he mentioned.”

The institution’s motive to organize a variety of ceremonies stems from some groups being underrepresented over US history. The aim for universities should be to unite people of different races, ethnicities, and income groups, but simultaneously taking the time to celebrate their achievements individually.