Costco has announced that they will be no longer carrying coconut milk from their Thai supplier after a PETA investigation discovered that the company used monkey labor to harvest its coconuts.

After PETA accused Theppadungporn Coconut Company based in Thailand of using forced monkey labor, Costco has been reported to stop purchasing Chaokoh coconut milk. PETA investigations from their Asia division found that the company is using monkeys at farms and facilities. 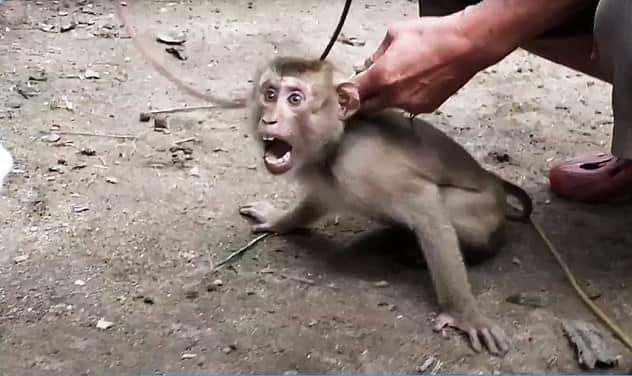 Investigators went undercover and documented how monkeys were being cruelly used as labor to produce Chaokoh coconut milk. As reported in the investigation, monkeys are required to pick up around 1,000 coconuts a day on 8 different farms in Thailand. PETA also stated in their report that the monkeys are “forced to perform circus-style shows for tourists,…confined to cages barely larger than their bodies,” and that the monkeys are often, “chained to old tires.”

“One coconut farmer confirmed that when monkeys are terrified and try to defend themselves, handlers may have their teeth pulled out,” PETA news release also stated.

USA Today reported that Theppadungporn, the parent company of Chaokoh coconut milk, shared a copy of their “Monkey-Free Coconut Due Diligence Assessment.” This audit uses a third party to select coconut plantations at random to investigate their use of monkey labour. The report stated that 64 farms, out of Theppadungporn’s 817 coconut farms, were selected randomly to be checked, and concluded that monkeys were not used for coconut harvesting.

“Following the recent news about the use of ‘monkey labour’ in Thailand’s coconut industry, Chaokoh, one of the world’s leaders in coconut milk production, reassures that we do not engage the use of monkey labour in our coconut plantations,” the company stated. The company spoke about memorandums that suppliers have signed to show their understanding of no monkey labor.
It’s kind of hard to believe Chaokoh, after seeing so much evidence that strongly suggests that they are utilizing monkeys in an unfair manner to produce their coconut milk.

Since PETA has brought the issue to light, companies have been doing what they can to check their suppliers. Meanwhile, it has caught social media’s attention causing thousands of people to tweet their thoughts on the issue.

It’s pretty clear that the internet has strong opinions on the matter as many people have taken to Twitter to comment on the situation. People shared their opinions about some hypocrisy while others just want 2020 to be over.

This is shocking! Many popular #coconut products are made using the labour of abused, chained-up monkeys who are forced to pick hundreds of coconuts a day 💔 https://t.co/0FnPWK4shx

Costco is OK to sell products made in China by forced Uyghur labor, but drops coconut milk because of forced monkey labor! How do you like that?

Monkey Labor may be the most 2020 thing I have ever seen and we still have 2 months left. pic.twitter.com/di48I51M7S

Costco has dropped a brand of coconut milk after it was discovered the factory uses monkey labor. I think I speak for all of us when I say I am outraged…but also I kinda want to see it.

This is your periodic reminder that all monkey labor is forced. https://t.co/edISYTLErN

Wild monkeys being forced into domesticated labor to harvest coconuts for human consumption.

But, how have the companies involved reacted? Have they made any statements?

Costco’s Vice President of Corporate Food and Sundries, Ken Kimble, wrote in a letter to Newkirk that the wholesaler has started an investigation and their supplier will be verifying that monkeys are not being used for labor.

Ken Kimble wrote, “We have ceased purchasing from our supplier/owner of the brand Chaokoh. We have made it clear to the supplier we do not support the use of monkeys for harvesting and that all harvesting must be done by human labor.”
In the letter, he assured that they will only continue buying once they are confident with the results of the investigation.
Walmart gave a statement to CNN stating, “Walmart is committed to sourcing responsibility and we expect that our suppliers will not tolerate animal abuse of any kind. We will continue to engage with this supplier regarding our expectations, the severity of these allegations and that the supplier will take corrective action if needed.”
Target is also looking into the situation, stating that”we believe in the humane treatment of animals and expect those who do business with us to do the same. We’re looking into Chaokoh’s practices and will determine next steps accordingly.”

Kroger, one of the nation’s largest grocery chain, stated, “Kroger has a longstanding commitment to responsible business practices, including the humane treatment of animals. We have re-engaged our suppliers, as well as other stakeholders, on this issue to re-confirm they are also protecting animal welfare.”

However, this entire investigation has led to a much bigger discussion: determining how we as consumers can choose brands that are ethical and transparent in their business.

Author Adam Bray brought up the point that there are probably hundreds of brands and companies that we use that are possibly unethical. In a tweet he wrote, “I don’t defend the use of captive monkeys–I helped organizations fight it in SE Asia. But I guarantee you nearly every agricultural product you buy from Asia is farmed with “forced” animal labor. It’s how we used to grow everything in this country too.”

It’s troubling to think that the products we depend on could be hurting animals, the environment, or other people. So, what can you do to ensure that you purchase ethical and safe products?

Do some research! Look into your favorite brands and visit their websites or social media. Many times food companies will be transparent and explain the steps of production from start to finish. However, if it becomes difficult to find out more about the company, or they don’t answer the public’s questions, it might be time to switch brands.