Joseth Francois, also known as “Seth” on YouTube, called out David Dobrik and Jason Nash for sexual assault, four years after an incident occurred during a prank. The YouTuber was known for being part of David Dobrik’s creator crew (The Vlog Squad), in which he took a “leave of absence” in 2019. He initially claimed that he stepped back from the group as he wanted to work on his own thing.

“I personally was really working on my company, Sertified Casting, getting it off the ground. My company just started taking up a lot of my time so I started focusing in on that because I needed something to be my bread and butter.”

Recently however, Seth came forward saying that he didn’t feel comfortable in the Vlog Squad due to racist jokes that were continuously made as well as the sexual assault allegations. Another former member of the group Big Nik described his experience as feeling part of a “cult”, calling it “toxic.” 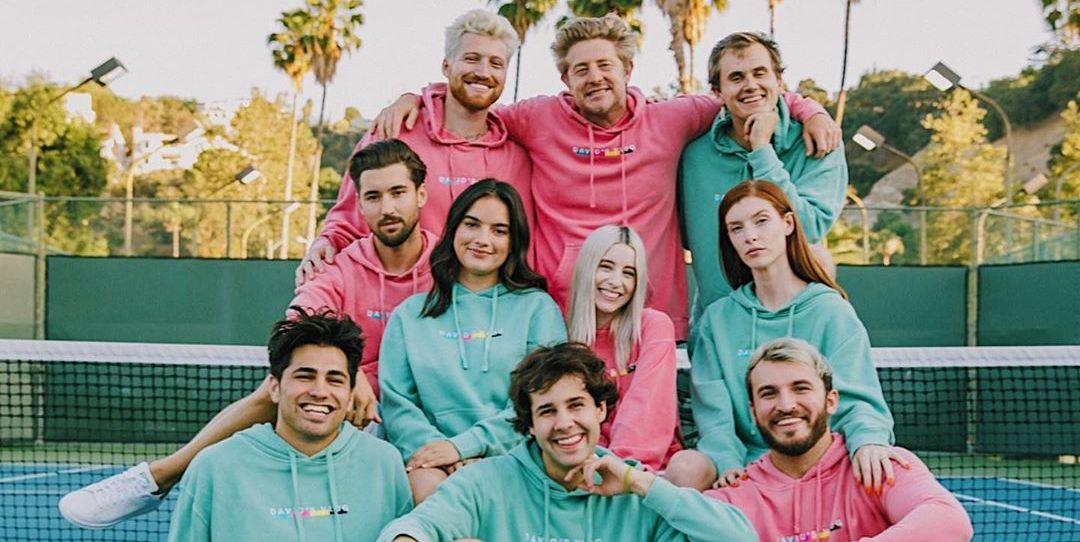 An audio clip resurfaced the Internet from an old podcast made by David Dobrik and Jason Nash, in which they discuss planning a prank on Seth Francois. He went on to talk about how he would be the “perfect” target considering his background. The clip was unfolded by YouTuber Ethan Klein who interviewed Francois recently, asking about his experiences in the Vlog Squad. The original episode called, “Views with David Dobrik and Jason Nash” is still on Spotify published in 2017.

David’s MCN is trying to remove this clip from the internet. This is straight up sexual assault and he did it to him twice. Absolutely infuriating to hear him talk about it so joyously knowing the trauma it caused Seth. pic.twitter.com/bXdpYvJFlp

The prank was uploaded to YouTube in June 2017 and now has nearly 10 million views. In the video, Francois was tricked into thinking he was kissing fellow influencer and model Corinna Kopf, but in reality the person locking lips with him was Jason Nash. Speaking to both Insider and Buzzfeed News, Francois opened up about the incident stating that he didn’t want to bring it to people’s attention because “he felt like his masculinity was stripped from him.” However, his decision to finally talk about it came from wanting to inspire men who have been sexually assaulted to speak up.

“I honestly didn’t realize how much that situation affected me until the beginning of last year when COVID happened,” he told Buzzfeed. “I remember sitting in my room in Atlanta and I was thinking to myself, ‘That video was wrong.’ I just felt like that shouldn’t have happened to me.”

“I was touched by someone I did not consent to,” talking about Nash. “When I was in L.A. after dealing with the make-out video with Jason, millions of people were misconstruing my own sexuality and how I felt about participating in something he didn’t have my consent for. I ended up moving to a different state to get away from it so people aren’t coming up to me left and right bringing up a situation that is legitimately traumatizing.”

The Reference To Tokenism

Francois talked about how the Black Lives Matter movement made him realize that he was a “token” for Dobrik’s videos. Multiple times his race was used as a punchline for the pranks, giving fans the green light to follow with racist jokes directed towards him on other platforms.

“I had fans on my page putting my face on pieces of fried chicken — stuff that was pretty disgraceful,” he told Buzzfeed.

The platform was fuming since Francois opened up about the sexual assault, insisting on a public apology by both Dobrik and Nash. Users made fun of Dobrik, indicating that he would approach the situation in a foolish manner, not being able to realize the severity of the situation.

society if the we held david dobrik and jason nash accountable for sexually assaulting seth pic.twitter.com/t6rzqmnh2N

David Dobrik is accused of assault.

Remember when you and Jason sexually assaulted Seth?

kissing someone without their consent is assault. it does not matter if it was meant to be a prank. it doesn't matter if the victim was a man. what david dobrik and jason nash did is horrid and nasty. it doesnt matter what perspective you look at it from.

so are you going to comment on the allegations? this is a very serious situation. at the very least, apologize to Seth, and change how you act.

Dobrik and Nash are yet to make an announcement regarding the matter.