#Veneerscheck, a trend where TikTok users show off their pre-veneers, peg-like teeth, has caught the attention of dentists, who do not encourage young people to do this at all.

There seems to be an obsession among young influencers and TikTok users to have a “perfect smile.” We’ve seen famous influencers and YouTube personalities show off their beautifully done dental work such as Jeffree Star and Gigi Gorgeous– or at least tell funny stories about a time they’ve lost a veneer. But the quest for achieving perfect teeth took a turn when teenagers started a DIY trend on TikTok to file down their own teeth. Teenagers actually began to use nail files to file down the ridges of the edges of their teeth. Needless to say, dentists everywhere were alarmed.

“Don’t do it. It’s dangerous, you’re going to regret it, and it’s something you can not take back,” said Dr. Kami Hoss.

But now we are seeing more and more young people on TikTok showing off their stubby tooth stubs, dubbed “shark teeth.” An obsession with veneers seems to have overtaken a portion of TikTok as teenagers and young adults try to achieve that perfect influencer smile. The #veneerscheck trend features people with teeth shaved down to tiny pegs during their “veneer prep” stage. Most of the videos ends with a clip of how they look with their new veneers.  As veneers become a more normalized trend amongst young people, some have even been flying to different countries in order to get the perfectly filed down tooth for veneers. While some of the teeth on the #veneerscheck trend don’t look too bad, some really have been reduced to tiny pegs and dentists are not happy about this new tooth trend either.

What Dentists Are Saying

Personally, in every vlog I’ve seen of people going to get “veneers” in Turkey, they get their teeth filed down like this. But according to some dental surgeons on Twitter and others who have gotten veneers, your teeth should only be filed down like this for crowns

The term veneer has been casually tossed around in the influencer world, perhaps without a full understanding of what a veneer actually is compared to a crown. Dr. Emi Mowson, a Cornwall based dentist, created a TikTok explicitly showing the difference between crown preparations for teeth versus veneer preparations. In the TikTok, Mowson shows an example of teeth that have been properly prepared for veneers. People who have been scarred from the veneers check hashtag will be thankful to know that real veneer preparation doesn’t look anything like that. Instead the teeth pretty much look like normal teeth. Dr. Mowson said, “as you can see, it’s not a tiny stump. And as long as your teeth are aligned then veneers require minimal to no preparation.”

Dr. Shaadi Manouchehri, a London based dentist, explains in a TikTok that, “shaving teeth down to a peg like that is going to damage the nerve and you’re going to need a root canal treatment and an extraction at some point in your life.”

She continues to explain saying that, “veneers or crowns need to be replaced every 10-15 years typically…not only is the financial burden going to be an issue, but it’s also going to be a biological burden too because the tooth physically can not be prepared and re-prepared every single time.”

Dr. Manouchehri also created another TikTok that goes more into detail about how preparing a tooth so much can eventually cause nerve damage.

Dr. Mowson says, “I beg you, if you’re looking to get cosmetic dental treatment done, find someone reputable, a minimally invasive dentist and remember that price usually reflects the skill of the dentist and the quality of the work.”

But people still want to get veneers. And that’s okay!

This is no shade to people who have chosen to get veneers, as long as it’s being done professionally. Comedian and Girls Gotta Eat podcast co-host, Rayna Greenberg, proudly talks about the work she has had done to her teeth. In several podcast episodes she discusses how she used to feel self conscious about her teeth and decided to do this “for herself” in order to boost her self esteem. And there should never be any shame in that. 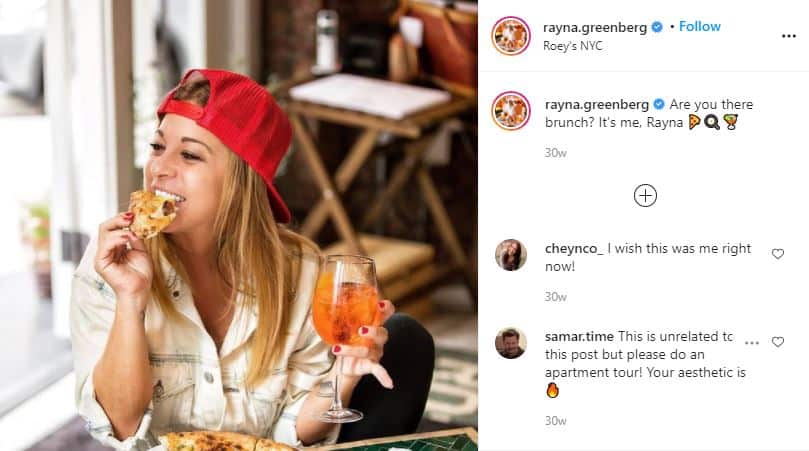 Many other celebrities talk openly about their veneers such as Tana Mongeau, who has tweeted about wanting them since 2016.

i did in fact wake up with all ten veneers today.

lesson learned: do not eat dollar bills at strip clubs.

As both Dr. Mowson and Dr. Manouchehri said, once your teeth have been shaved down to pegs, there’s no going back. Make sure you are working with a reputable dentist as well as doing thorough research before any sort of cosmetic teeth procedure.