Disney has modified their content warning for racism in classic Disney films. The advisory notice had been in place since last year, but its been since been updated with a stronger message. The warning, which used to read : “This programme is presented as originally created. It may contain outdated cultural depictions,” earned  Disney considerable criticism, with many saying the disclaimer was short, vague and just the bare minimum. It also raised comments that the warning tried to gloss over the fact that some of the content is blatantly racist by calling them “outdated cultural depictions”. 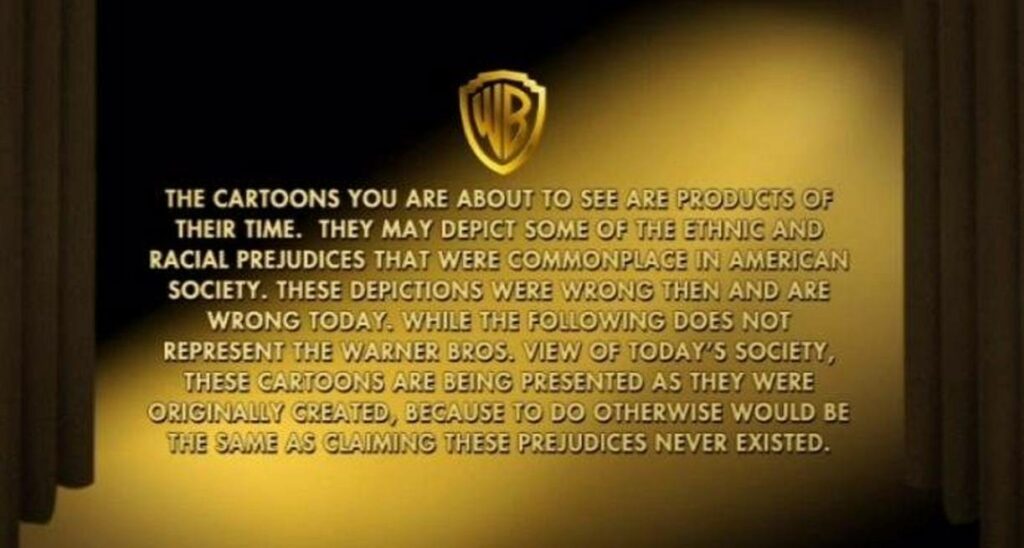 When Tom and Jerry was released  on DVD, it came with  the following disclaimer: “Tom and Jerry shorts may depict some ethnic and racial prejudices that were once commonplace in American society. Such depictions were wrong then and are wrong today. While these cartoons do not represent Warner Bros.’ view of today’s society, they are being presented as they were originally created, because to do otherwise would be the same as claiming these prejudices never existed,” the Warner Bros warning says. It also came with an introduction by Whoopi Goldberg explaining the decision to keep certain problematic scenes. “The Tom and Jerry episodes included in this collection comes to us from a time when racial and ethnic differences were caricatured in the name of entertainment,” Goldberg says in the introduction. “These prejudices were wrong then and they’re wrong today.” 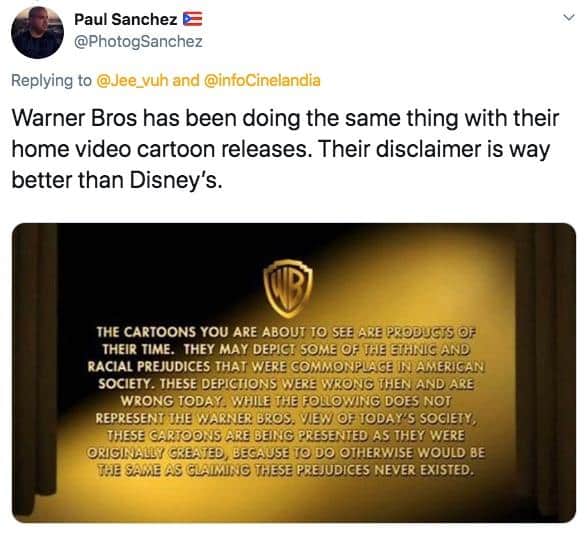 One twitter user said : “Hate to nitpick a sensitivity warning but Disney+’s feels so brief and kind of dismissive by calling it ‘outdated cultural depictions’ vs Warner Brothers actually calling it racial prejudice”. Not all of the reaction was negative though, some praised Disney for adding the content warning at all. 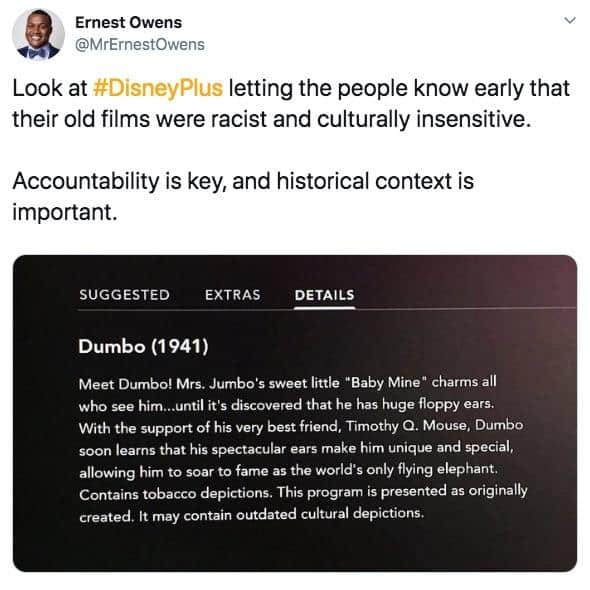 This is really interesting — Disney+ is flagging when its movies have racist depictions pic.twitter.com/8wvtB0NmHn

Wow keeping Dumbo in it's original form with a warning like WB does.
I've talked a lot of crap recently about you Disney, but you've earned a bit more respect from me. https://t.co/spxgpE2IKc

And one person tweeted that while they couldn’t excuse some of Disney’s racist content, they commended them for not trying to sweep it under the rug like they did with Song of the South, a movie so racially insensitive no one’s seen it in over 30 years. In fact, Disney never released it on video or DVD.

stand out as being the sole good humans in the film, and even Lady's owners learn they messed up. Definitely can't excuse the racist Siamese cats, tho. I'll at least give Disney credit for not trying to brush that under the rug like they did Song of the South. /end

Disney took the criticism to heart and apparently took some inspiration form Warner Bros.’ sensitivity warning. Now, when you play Dumbo, Peter Pan, or The Jungle Book on Disney+ you get the following message: ”This programme includes negative depictions and/or mistreatment of people or cultures. These stereotypes were wrong then and are wrong now.” The warning also explains that instead of removing the content, the company wants to “acknowledge its harmful impact, learn from it and spark conversation to create a more inclusive future together.”  Some of the Disney films that include the updated message are: