The new Marvel character is "inspired by heroes of the queer community."
By Megan Grisham

Marvel Comics has revealed that for the first time in their 80-year history, an openly gay character will take on the title of Captain America in the upcoming comic book series “United States of Captain America.”

I can't wait for you to meet Aaron Fischer! Working with @obazaldua has been a dream, and I'm beyond honored to introduce him into the Marvel Universe.

THE UNITED STATES OF CAPTAIN AMERICA comes out in June! Check out this @ArtofNickRobles cover!! 🏳️‍🌈💕🇺🇸 https://t.co/76qmxVCue9

In the new series projected to hit the shelves in June, just in time for Pride month, we are introduced to Marvels newest hero, Aaron Fischer. Fischer is an openly gay teenager titled as the “Captain America of the Railways,” who protects homeless youth and runaways.

The storyline follows four already familiar characters, Steve Rogers, Sam Wilson, Bucky Barnes, and John Walker, as they go on a mission to find Steve’s missing shield. Throughout their search, they run into those who have been influenced by the symbol of Captain America to help their own communities, Aaron Fischer being one of them.

“Aaron is inspired by heroes of the queer community: activists, leaders, and everyday folks pushing for a better life,” creator Aaron Trujillo said in a statement. “He stands for the oppressed, and the forgotten. I hope his debut story resonates with readers, and helps inspire the next generation of heroes.” 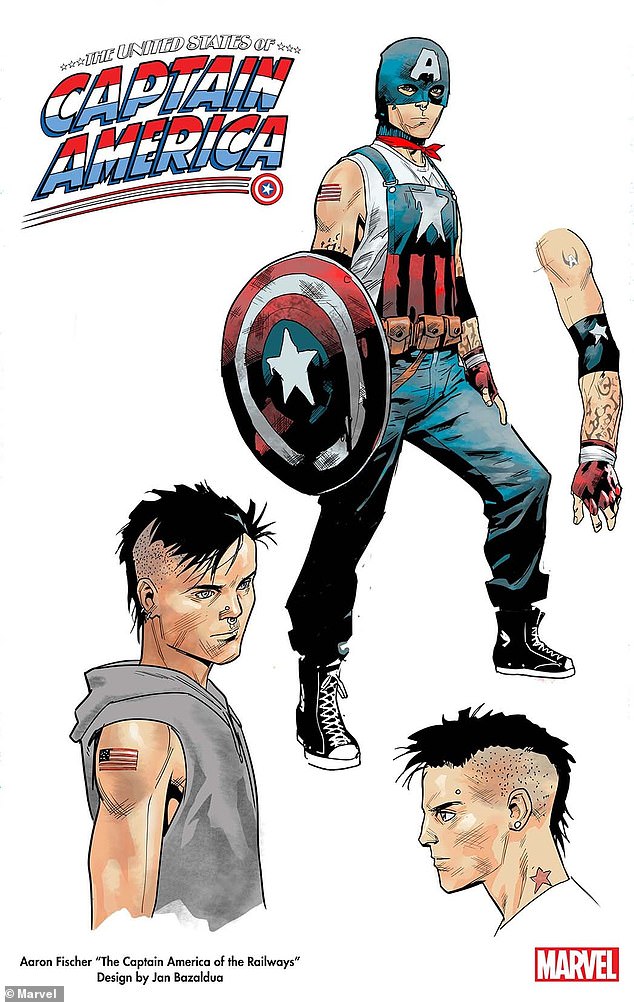 Aaron Fischer was designed and illustrated by Jan Bazaldua, who holds a special place for the character in her heart.

“As a transgender person, I am happy to be able to present an openly gay person who admires Captain America and fights against evil to help those who are almost invisible to society,” Bazaldua said. “While I was drawing him, I thought, well, Cap fights against super-powerful beings and saves the world almost always, but Aaron helps those who walk alone in the street with problems that they face every day. I hope people like the end result!”

You can be a part of Aaron Fischer’s historical adventure when comics are released in stores on June 2nd.