Out of control
By Stephanie Makri

In an ongoing, global conversation regarding wearing face coverings, Tucker Carlson took a caustic stance which triggered people’s responses. On Monday, the Fox News host told his viewers to report incidents of kids wearing masks outdoors to child protective services or the police.

“As for forcing children to wear masks outside, that should be illegal,” he said on his program.

Carlson added, “Your response when you see children wearing masks as they play should be no different from your response to seeing someone beat a kid in Walmart. Call the police immediately, contact child protective services. Keep calling until someone arrives.”

Even though these guidelines are recommended by the Centers for Disease Control and Prevention (CDC), Carlson insisted during his Monday monologue that the chances for Covid-19 spreading outside is very low.

Tucker Carlson is now telling his audience to harass people who wear face masks outside.

If they see children wearing masks, Tucker says the response should be no different than when you see a kid being abused — "call the police immediately, contact child protective services" pic.twitter.com/4svVH0JY3s

During his monologue splurge, Carlson said that having children wear masks outdoors as a requirement equates to child abuse and that all Americans “are morally obligated to attempt to prevent it.”

“If it’s your own children being abused, then act accordingly. Let’s say your kid’s school emailed you and announced that every day after lunch, your sixth-grader was going to get punched in the face by a teacher. How would you respond to that?” he questioned. “That’s precisely how you should respond when they tell you that your kids have to wear masks on the soccer field. That is unacceptable, it is dangerous, and we should act like it because it is. But too few of us have responded like that. We have been shamefully passive in the face of all of this.”

Carlson described mask wearing as shameful saying that this is a somewhat agreement with the Biden administration.

“The people making these demands don’t own America,” Carlson said. “They didn’t build America. They can’t build anything. They can’t. And they’re not allowed to wreck it.” 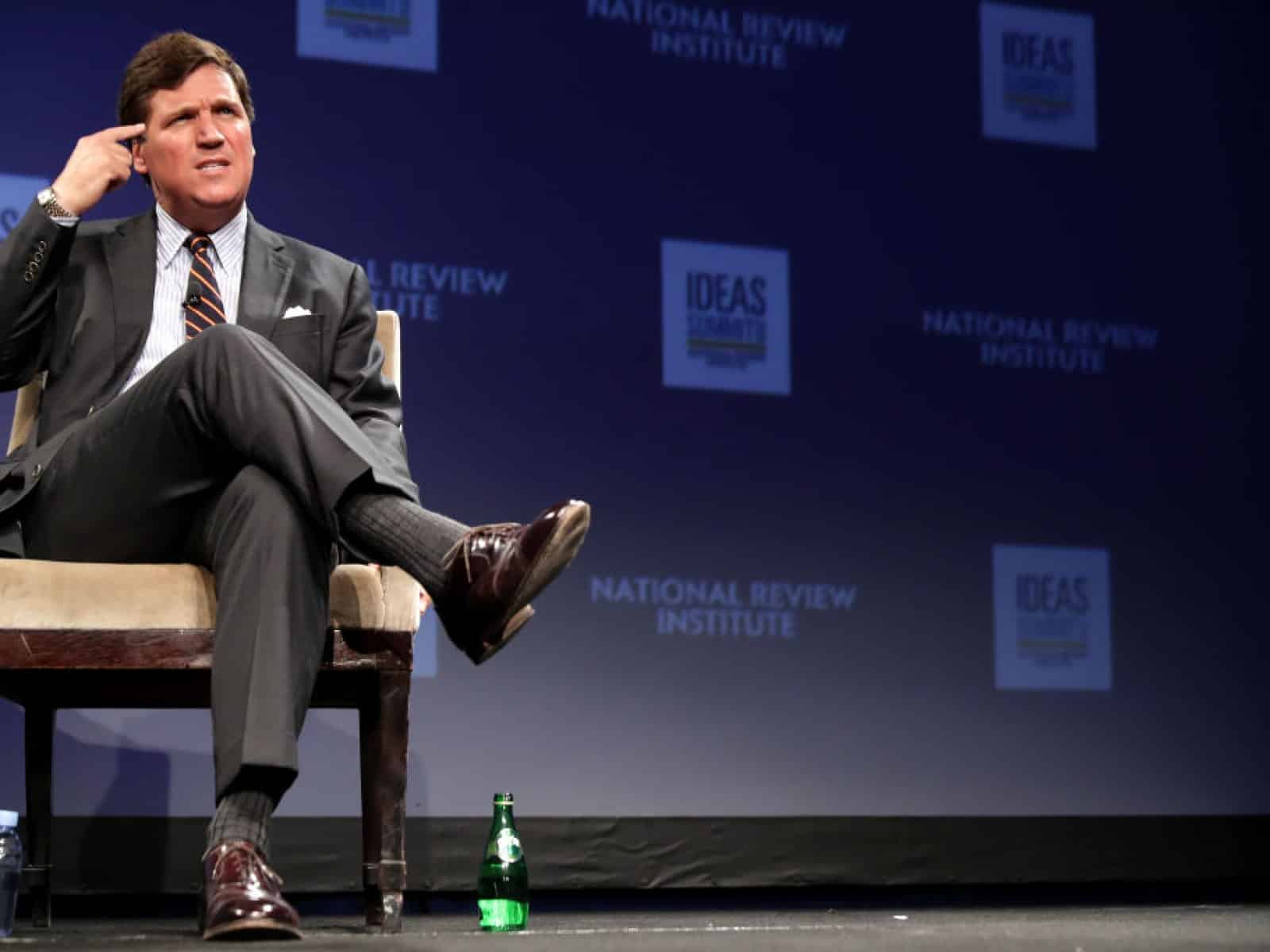 In recent weeks, public health officials have noted the lowered likelihood of infection amongst vaccinated Americans who do not wear marks outdoors. The CDC and the White House coronavirus task force stated that people should continue wearing face coverings while indoors.

Even though all Americans aged 16 and over are now eligible to receive the vaccine, health regulators are yet to approve a suitable vaccine to avoid the spread in young children.

This is not the first time that Carlson has downplayed the severity of the virus, especially amongst youngsters. He questioned the idea behind not only wearing a mask, but also social distancing, and other public health measures executed by state governments all across the nation.

Last July Carlson said, “Many schools that do plan to reopen will do so under a series of restrictions that have no basis of any kind in science. It’s kind of a bizarre health theater. Students will be kept six feet apart, everyone will have to wear a mask, class sizes will be limited.”

Simply, with one voice Twitter users created the hashtags #FireTuckerCarlson and #TuckerMustGo, demanding his removal. The comparison of mask wearing to child abuse activated an uproar of reactions toward Carlson.

I seriously had enough of Tucker Carlson; I'm writing up a petition for the cable companies on #DemCast to cut Fox News off the air.

Tucker Carlson is an abomination. Wear masks, get vaxxed and have a good day.

Weaponizing child protective services against parents whose children follow CDC guidelines for mask wearing is vicious and cruel. As a former child abuse prosecutor, I can tell @TuckerCarlson that masking a child and beating a child are NOT remotely the same. #FireTuckerCarlson

Tucker Carlson has gone too far! He said you should harass people that are wearing a mask outdoors, including children. In fact, he said you should could call the Cops because its like Child Abuse! #TuckerCarlson wants Cops to get involved & possibly shoot & kill! #TuckerMustGo

Tucker Carlson wants to cancel parents who make the decision to have their child wear a mask. The right wing cancel culture is out of control. Who or what are they going to try to cancel next? Major League Baseball? Oh wait ….#TuckerMustGo https://t.co/PCeqAIBTgH

This coming week, President Biden is expected to announce new guidelines regarding mask wearing outside among vaccinated Americans.

On Sunday, Anthony Fauci spoke about the likelihood of a vaccinated person catching the virus with no mask outside.

Fauci said, “I think it’s pretty common sense now that outdoor risk is really, really quite low, particularly — I mean, if you are a vaccinated person, wearing a mask outdoors, I mean, obviously, the risk is minuscule.”