Dr. Anthony Stephen Fauci is fighting to keep his name out of politics after a GOP ad aired last week using footage of him to endorse Trump. Fauci is one of the highest-ranking COVID 19 experts in the country and has been working to battle the spread of the COVID 19 by giving clear instructions on how to “flatten the curve.”

Practicing social distancing, wearing face masks, and developing good hygiene practices have been a few of his suggestions. Networks have covered Fauci extensively, spreading the information on ways to avoid COVID 19 across the U.S. and making Fauci into a key figure on updating U.S. citizens on the status of the virus as the pandemic goes on. But as coverage of him has increased, Fauci is starting to be pulled into an entirely different sort of battle as election day looms over the horizon.

The Trump political ad that aired last week, claimed COVID 19 was weakening and America was re-opening. The ad used footage of Fauci saying “I can’t imagine that anybody could be doing more,” in reference to how Trump was handling the virus overall.  The reality is the footage used for the ad was taken from an interview Fauci had with Fox News’s Life, Liberty, and Levin back on March 23, 2020. The full quote is “I’m down at the White House virtually every day with the task force,” Fauci said at the time. “I’m connected by phone throughout the day and into the night and when I say night, I’m talking twelve, one, two in the morning. I’m not the only one. There’s a whole group of us that are doing that. It’s every single day. So, I can’t imagine that under any circumstances that anybody could be doing more. I mean, obviously, we’re fighting a formidable enemy — this virus. This virus is a serious issue here.”

Fauci later went on to dismiss the footage in a statement provided to CNN, “In my nearly five decades of public service, I have never publicly endorsed any political candidate,” Fauci said. “The comments attributed to me without my permission in the GOP campaign ad were taken out of context from a broad statement I made months ago about the efforts of federal public health officials.”

Despite Fauci’s statement, the Trump administration has decided to continue airing the ad with Trump himself on Twitter denying the statement was taken out of context. “They are indeed Dr. Fauci’s own words,” he said. “We have done a “phenomenal” job, according to certain governors. Many people agree…And now come the Vaccines & Cures, long ahead of projections!”

They are indeed Dr. Fauci’s own words. We have done a “phenomenal” job, according to certain governors. Many people agree…And now come the Vaccines & Cures, long ahead of projections! https://t.co/ANqKL4eBqJ

Trump later tweeted out,“ Actually, Tony’s pitching arm is far more accurate than his prognostications. “No problem, no masks”. WHO no longer likes Lockdowns – just came out against. Trump was right. We saved 2,000,000 USA lives!!!”

The controversy comes in the middle of the fall surge due to students going back to school, making COVID 19 once again start to spread through the populace. “We went down to the lowest point lately in early September, around 30,000-35,000 new cases a day. Now we’re back up to (about) 50,000 new cases a day. And it’s going to continue to rise,” Dr. Peter Hotez, dean of the National School of Tropical Medicine at Baylor College of Medicine, said Tuesday according to msn. This newest scandal regarding Fauci is built from weeks of controversies starting from around when the spread COVID 19 was first declared pandemic level. Since then, Fauci has repeatedly been against some of the president’s decisions regarding the virus, particularly when it came to the heavy quarantines earlier this year, with Trump wanting to reopen earlier so the economy could start being repaired and Fauci claiming it was too risky as the virus was still in the populace.  Fauci eventually accepted reopening a tad so people unemployed due to the pandemic could start making money again, adding it was still for the best if everybody wore masks and social distanced. Trump, once again, bumped heads with Fauci by consistently refusing to wear a mask even going as far as to mock Biden in his some of his rallies wearing it. 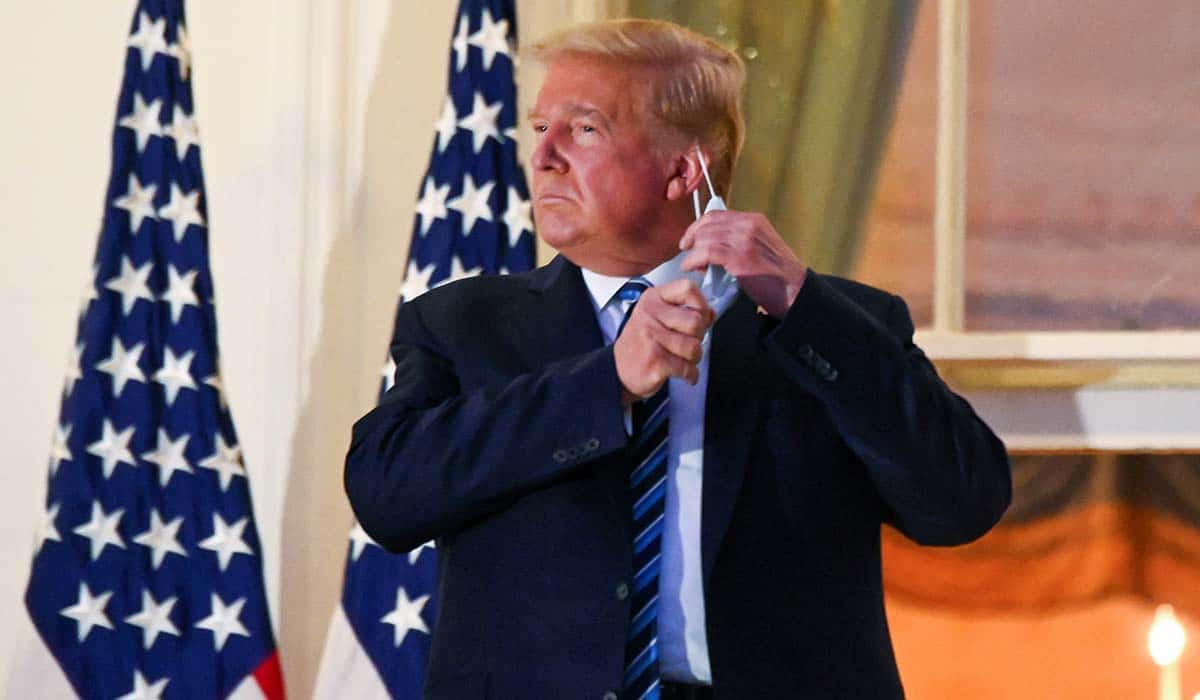 In another CNN interview, Fauci stated that his initial reactions to the ad were disappointment and that he hoped future ads wouldn’t use him. “I mean, that would be outrageous if they do that. In fact, that might actually come back to backfire on them.” Fauci said.  “I hope they don’t do that, ’cause that would be kind of playing a game that we don’t want to play. So, I hope they reconsider that, if, in fact, they are indeed considering that.”

Donald Trump is running TV ads taking Dr. Fauci out of context and without his permission.

So, here’s a message from the President in his own words. pic.twitter.com/WCYbIfrQLR

Fauci should consider resigning and speaking the truth about Trump https://t.co/fpVEvJM8Vc

It sucks to watch Dr. Fauci get dragged into this circus. It’s not fair to him or his career and we need him focused on, y’know, the crippling global pandemic.