Donned in a white wig and judge robe, Ethan Klein, known as H3H3 to his fans, has taken to the stand against famous beauty guru and YouTuber James Charles in a new video named “Content Court: James Charles” on his separate channel the H3 podcast.

H3H3 has decided to prosecute the influencer for allegedly copying the merch of other internet personalities including Ethan’s own wife Hila Klein. Hila created a merchandising line in October 25, 2017 named “Teddy Fresh” which is known for its color blocking.

Allegations of the plagiarism started in September, after Ethan contacted James through direct messaging. In the message, James tells Ethan he noticed the similarities between their merch but did not knowingly try to copy it. James also states that while he will talk to his team to prevent an event like this from reoccurring, there is nothing he can do about the merch his team has already manufactured. In response, Ethan posted multiple tweets comparing the two merchandising lines as well as screenshots of their conversation through direct messaging. This led to a Twitter discourse between the two, with James responding to the tweet saying that he had “never seen his brand” and that his “Dms were still open.” 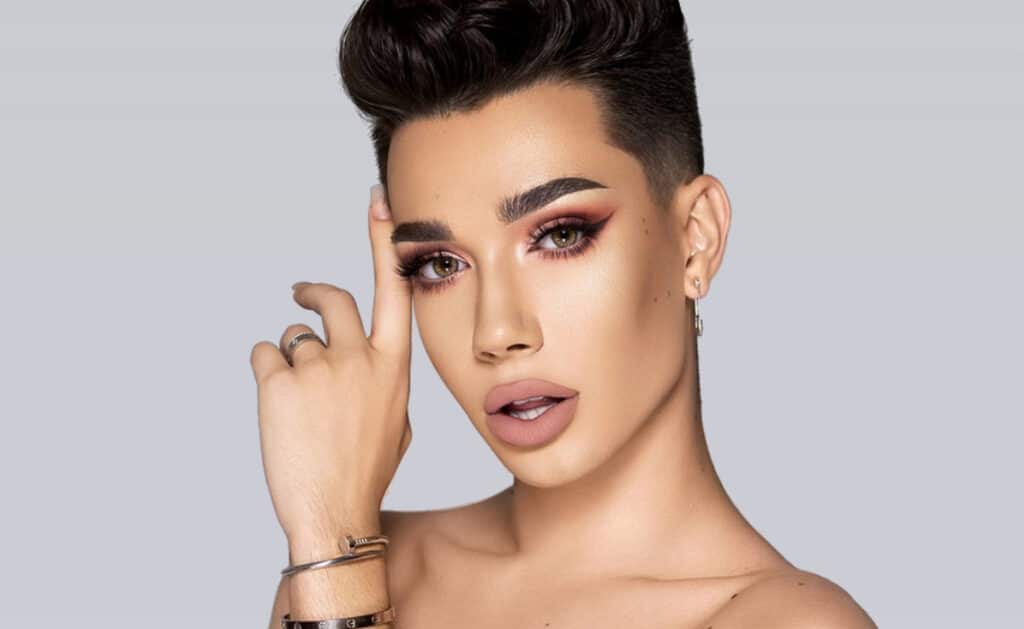 James basically admits his team ripped of us but said it's fine because "we don't have the same fanbase or demographic". pic.twitter.com/LDuEkz7wy8

When you DM’d me yesterday, I sent you the original photo that inspired my collection, explained I’ve never seen your brand, but also asked what you wanted me to do… You didn’t reply. After last year, I vowed to keep conversations private and create solutions, not drama. https://t.co/6LGYZRHiCl

In addition to claiming James Charles copied his wife’s merch, Ethan also brought up many of James past controversies involving other beauty companies including from one Australian clothing company named Buon Clothing. The company alleged on an Instagram post made on September 18 that James Charles copied their designs as well, citing Ethan’s latest post on the topic.

“We believe James Charles may have taken a little too much inspiration from us in his latest sisters collection,” the company said. “While we acknowledge we didn’t invent color blocking, we can’t ignore the similarities between our Primary Block and the red jumper seen on social media today.”

Ethan also talked about James’s controversy with Wet ‘n Wild which had debuted its eye shadow 40 Palette. In a tweet made on September 7, 2019, James claimed the company had copied the brand he made with Morphe.

there are only so many colors you can put into an eyeshadow palette & I’m not claiming to “own” specific colors. BUT when you copy the exact shades & layout from my palette without even TRYING to hide it…? 🤡🤡

“The hypocrisy’s just oozing off this tweet because he literally did the same thing and made the same argument.” Ethan said in his video.

After talking about his controversies with different companies, Ethan moved on to cover some of James’s various problems with other youtubers and celebrities, focusing on past issues with YouTuber Marlena Stell and celebrity Alicia Keys. In the situation with Stell, James tweeted a couple negative responses in reaction to Marlena Stell’s possible Netflix documentary. The tweets had hinted about how James thought he would be the better person to host the documentary over Stell, even going as far as to publicly @ting Netflix in a Tweet.

Hi @netflix let’s make a documentary on the behind the scenes of the beauty industry and why the community is plummeting. I already have a full outline of it done that highlights faults on ALL SIDES in a NON-BIAS way, and a platform of millions that want to know more. Email me.

As for the Alicia Keys situation, she had put out a skin care item James had mistaken for makeup. James tweeted out that “People who do not wear make up should not be coming out with makeup brands.” He later deleted the tweet and apologized.

As the court preceding’s continued judge Ethan began going over the ticket prices for James Charles’s Sister Tour in 2019. There were many Tweets talking about how the tickets were too expensive to be set at $500. The tour was eventually canceled due to the drama he had gotten at the time.

By the end of the video Ethan found James Charles guilty of a couple counts of “cringe” based on his Sister Tour in particular, a count of “hypocrisy” based on how he vehemently defended his brand during the Wet n Wild controversy and a couple counts of, and I’m going to paraphrase since the word Ethan uses to describe the crime is vulgar, of being a bad person, referencing most of his drama as a beauty guru this year including the controversies with Stell and Keys.

The video comes in leu of another video Ethan had done with Trisha Paytas in a podcast series called Frienemies. Paytas herself called James and the rest of the beauty community on youtube out multiple times during the video saying, “That whole beauty community is evil. Just everyone I know has, like horrific experiences with them.” The video featured Ethan dressed up with makeup like James with the intent of making fun of him. Ethan also sent pictures of himself dressed in James’s merch and make up on Twitter with Tweets making fun of him and his brand.

James Charles stole my merch so I stole his identity – NEW EPISODE OF FRENEMIES IS LIVE NOW! w the one and only @trishapaytas pic.twitter.com/5nsjS02qAB

To the people saying this is embarassing, check ya fragile masculinity and homophobia. He’s having a fun time clowning James Charles, and rightfully so. He’s not taking legal action so why not address it in a comedic way?

James Charles living in your head rent free. This is so embarrassing on your end. 🍵