Social media platforms are constantly changing and adding new features, and though the big social media companies may sell the presumption that new updates are for our benefit, at the end, every move and action is for monetary purposes.

When a new social media platform becomes popular, Instagram has tried to steal that platform’s appealing feature in order to absorb the other app’s community. This strategy was a success when Instagram decided to implement the “stories” feature to compete with SnapChat; however, their launch of the TikTok knock-off Reels was a flop. After Reels was launched in August, most utilized Reels to share their favorite TikToks with their Instagram followers. However, Instagram is trying to encourage people to begin using Reels as a tool and platform to create videos on Instagram, not only to repost TikToks.

In the new update, the Instagram home screen is rearranged in order to attract attention to Instagram Reels and Shop. 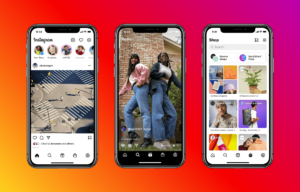 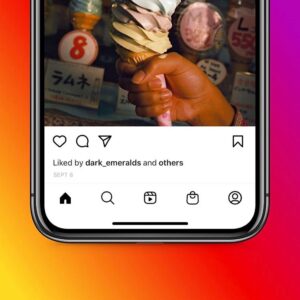 The “create post” and “notification” icons are moved to the upper right corner of the screen, next to the direct message button. Replacing these two icons on the bottom menu is Reels and Shop, which was previously found in “Explore.”

The most aggravating aspect, in the mind of most users, of the new update is that to access notifications or to create a post a user must return to the home screen, instead of the icons appearing on every page of the app.

To introduce users to the new update, the Head of Instagram Adam Mosseri made a video to address skepticisms and criticisms towards the update.

This week we added tabs for Reels and Shop given how important video and shopping are to Instagram, and how much we’ve seen both grow, particularly this year. The world is changing quickly, and if don’t adapt, we risk becoming irrelevant.#ThisWeekOnInstagram pic.twitter.com/KnNMv3MWO2

According to Mosseri, the update was made to adapt to new trends in order to stay relevant. He acknowledged that entertainment videos have become widely popular, and he made sure to give credit to TikTok for exploding this trend. Mosseri also explains that they created a shopping tab to transform Instagram into a platform for online shopping, like Amazon.

However, many are not satisfied with the new update – especially James Charles.

Since the update, Charles has posted multiple tweets expressing his frustrations with Instagram.

In a lengthy response to Mosseri, Charles says that “this update may be the worst one yet.” Charles criticizes Instagram for only thinking about money, which he claims is a contrast to TikTok creating features that will help their users grow. Because TikTok’s specialty is videos and Amazon’s is online shopping, Charles advises Instagram to stay in their lane and to not turn their community into customers. Also, Charles complains how the update does not fix the existing issues with the app such as the lack of growth opportunities for small creators. Charles ends his rant by calling Instagram irrelevant because they refused to compromise and listen to the community they built.

That you’re listening to feedback to keep improving because that is an utter lie. The community has been giving feedback for months; saying their posts aren’t being distributed, they aren’t growing, & they can’t see their favorite friends/family/creators that they actually follow

the new instagram update, as usual, is trash and proves, once again, that all they care about is making money 😐

To effectively express his anger to his massive following, Charles posted a video on his Instagram story ranting about the inconvenient update.

BREAKING NEWS THAT WILL MOST DEFINITELY CHANGE YOUR LIFE: James Charles GOES OFF on Instagram for updating the app and moving the notifications and post buttons to the upper right corner of the screen. pic.twitter.com/bvaJBnDwR8

Other Reactions To The New Update

But James Charles is not the only person upset with Instagram as many other users are not in favor of the new update.

The new Instagram update is pissing me off. Reels and “shop” on the bottom bar? Mf absolutely not

new instagram update is tragic. everything on the bottom is to click on ad reels and shopping, activity is tucked in the upper corner. bye

The new update isn’t it. I do not understand why you would put the stuff everyone uses every day in the hardest to reach place (upper right hand corner) I also don’t feel that Reels and Shop are used enough to warrant their own tabs tbh.

One Twitter user is claiming that after the Instagram update, she will leave the social media platform.

If my Instagram app updates, I’m never using it again. Like I’m sorry but they turned it into a shopping app and replaced the interactions and posting buttons with a reels button???? Who asked for this??? Isn’t this app meant for photo sharing??? Hello??? @instagram

Others are commenting on the new “shopping” tab in that they will never use it because they cannot afford to shop on Instagram.

Y’all… this new Instagram update… where the HELL are my notifications?? How do I communicate to these people that I am B R O K E and have ZERO intention to shop on that cursed app????

Also, users are encouraging people to not shop on Instagram in order to boycott the new update.

A Twitter user is claiming the replacement of the notifications tab with shopping on the home menu is a crime.

The new Instagram update is absolutely deranged. The SHOP tab being where the NOTIFICATIONS tab used to be is a crime.

With this new update, it is evident that Instagram is failing to keep up with the changing times and are afraid users will switch platforms as they have in the past with MySpace and Facebook. But is monetizing their platform the way to stay relevant?