Jennifer Lopez recently came out with two new songs with Latin artist Maluma. The lyrics in one of the songs, Lonely, made her subject to backlash for what her fans thought were some pretty controversial lyrics.

The songs are featured in the soundtrack of the duo’s upcoming Rom-Com, Marry Me, which will be released on Valentine’s Day 2021. In a recent interview with Billboard, Lopez shares her excitement of bringing Latin music and more representation of the Latin community to the big screen.
The movie stars Jennifer Lopez who learns that her musician boyfriend, played by Maluma, has been cheating on her. In a way to get revenge on the boyfriend, she decides to take up a fan on his offer to marry her. The fan holding a “marry me” sign is played by actor, Owen Wilson.

The Lyrics In Question

In the song, JLo sings, “Yo siempre seré tu negrita del Bronx,” which the literal translation is, “I’ll always be your Black girl from the Bronx.” As you can imagine, Jennifer Lopez referring to herself as a ‘Black girl’ would receive backlash from a lot of people including within the Latin community. In the Latin community, the word ‘negrita’ typically is a term often used to refer to a person with a darker complexion in the Latin community. For example, this term is often used by Afro-Latinos. Her use of the word caused her to be the subject of backlash for what people are saying is cultural appropriation.
While that is the literal translation, this term like many terms in Spanish, has a different meaning to the same word. This is also something not unique to the Spanish language.

Not only that but, dialects within the Spanish community are varied. Simple words or phrases could make sense in Puerto Rico but mean something very different in Colombia. In many Spanish-speaking countries, the word is actually used as a term of endearment. In Jennifer Lopez’s case, who is Puerto Rican, Puerto Ricans often use the term ‘negrita’ or ‘negrito’ in an affectionate way. This is especially known to be true on the island.

While some have found the lyrics to be especially offensive to the Afro-Latinx community and the beauty standards of Latinas, others have come to the star’s defense. Explaining that what JLo meant is, “I’ll always be your sweetie from the Bronx.”
Several fans questioned why JLo and her team thought it was appropriate to come out with lyrics like that. Some have even brought up Lopez’s past issues with derogatory terms or claiming her culture when it’s convenient for her.

That doesn’t translate that way. To us saying “tu negrita(o)” is like your man/girl/lil baby

Canceling ppl for using terms of endearment like "negrita"? My friend's PR mom is called negra by her husband and she aint, my other friend's mom calls me chiquita and I'm fat.Can we please stop with the #CancelCulture it's getting exhausting. @JLo #LetsFightAboutSomethingReal

@JLo referred to herself as “tu negrita Del Bronx” in her new song Lonely with Maluma. Y’all want to tell her? Or should I? I’m calling an official gathering of Ricans to collect these folks because between her and these braids on Bad Bunny..

why would jennifer lopez feel so comfortable calling herself “negrita” LMAO like babe….. what’s not clicking?? 😐

Is Jennifer Lopez black? Has she ever been called prieta, or myate? No. For her to call herself Negrita anything, is A slap in the face to the Afro Latino community, in my opinion.

J-Lo’s “tu negrita del Bronx” lyric, it’s a literal slap in the face for every black women, but especially for every Afro-Latinx and Afro-Descendant person whose Latinidad and beauty gets questioned everyday due to her influence and “Latina” look.

Back in 2001, JLo came out with a remix of a song with rapper Ja Rule called I’m Real. In the song she sings, “I tell them n**gas mind their biz, but they don’t hear me though.”

People were very upset about her use of the n-word and called her racist because of it. Jennifer Lopez commented on the criticism stating, “For anyone to think or suggest that I’m racist is really absurd and hateful to me. The use of the word in the song – it was actually written by Ja Rule – it was not meant to be hurtful to anybody.”

Many wanted to know what Ra Rule had to say about the matter. When Ra Rule was asked to comment on the situation he responded, “I think it’s silly. I think the whole thing, like everything else, is being blown out of proportion. She’s not the first Latino to use that word on a record, and it’s never been an issue before. I think it’s just that she’s a very high-profile star and it’s something to let people get a chance to poke at her.”

Since the backlash from the song, she has not used that word in any of her other songs that followed it but many are bringing up the situation again. Jennifer Lopez isn’t the only celebrity recently under fire for cultural appropriation. 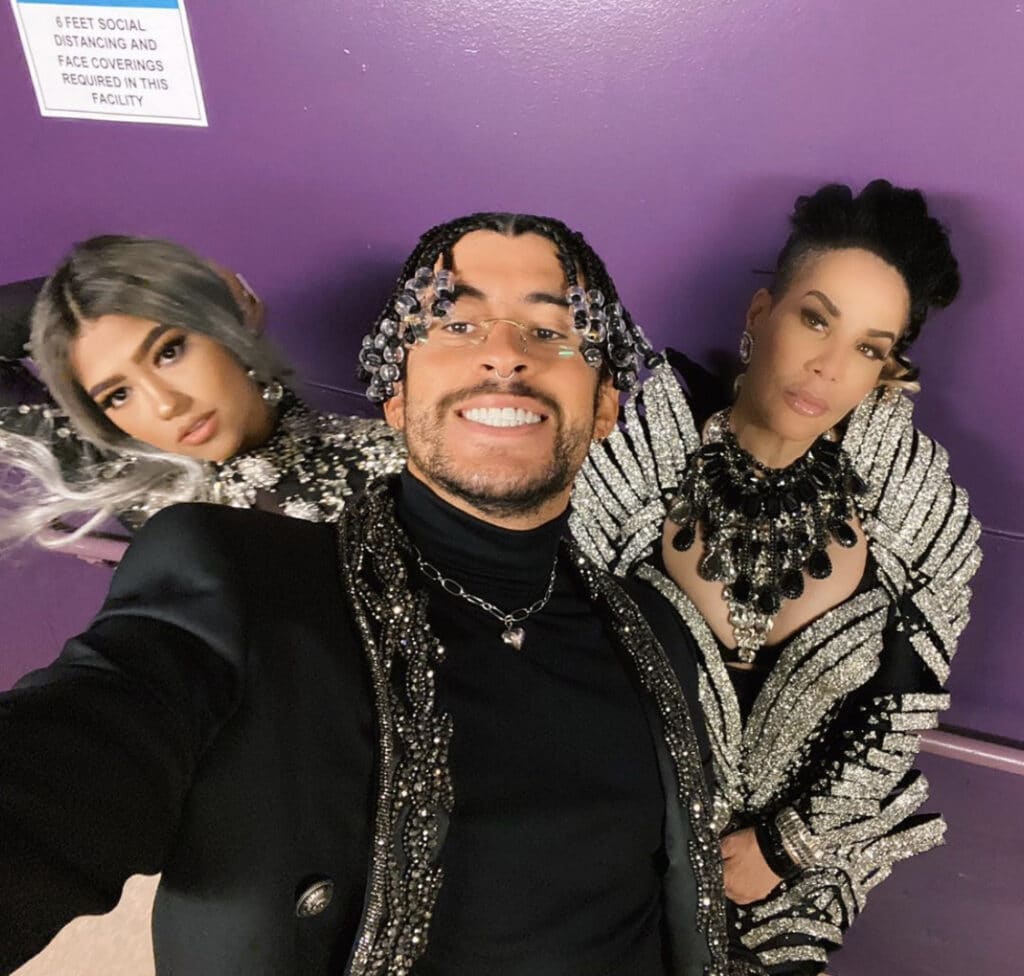 The Puerto Rican Latin artist is under fire for wearing braids to the 2020 Billboard Music Awards. People complaining that the artist was ‘profiting off of Black culture’ for wearing the braids.

This tweet started a debate on whether or not it was okay that Bad Bunny was wearing braids. Many agreed that it is cultural appropriation while others felt that wearing braids isn’t just apart of the Black community but other communities as well.

This isn’t cultural appropriation to me only because being that he his Puerto Rican, Beaded, braided hair is not only exclusive to black people but just their overall culture as well as a Durag/cap since most of them have really coarse hair.

This user added that beads in braids have been around for a while that it’s unfair to try to cancel someone for cultural habits that are similar. 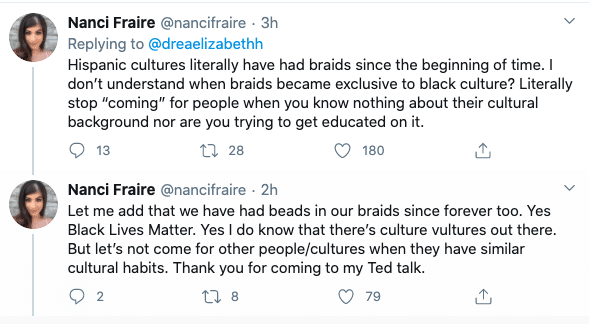 Do you think that Jennifer Lopez should’ve been mindful of the interpretation of her lyrics before releasing them? Or do you think stars shouldn’t have to apologize for having similar cultural habits?