I’ll be honest, this is not how I imagined Mike “The Situation” Sorrentino’s life going. I imagined him showing his abs on that Jersey Shore beach until they became increasingly saggy, fat and old and he washes away into the sea at age 100. That would be nice. Instead Mike Sorrentino has been sentenced to eight months in prison for a tax fraud charge from 2014, a year during which The Situation made $8.9 million, and additional counts of tax evasion in 2017.

The Situation has been sentenced along with his brother, Marc Sorrentino, who has pleaded guilty to preparing a false tax report, resulting in two years in prison. In addition to the prison time, Mike Sorrentino must also complete 500 hours of community service and must pay a fine of $10,000 to be paid in 30 days, according to People.com.

The cast of Jersey Shore was at the court house during sentencing, with Jenni “JWoww” Farley and Vinny Guadagnino joining Mike Sorrentino during the proceedings. The cast was dressed in black for the occasion. 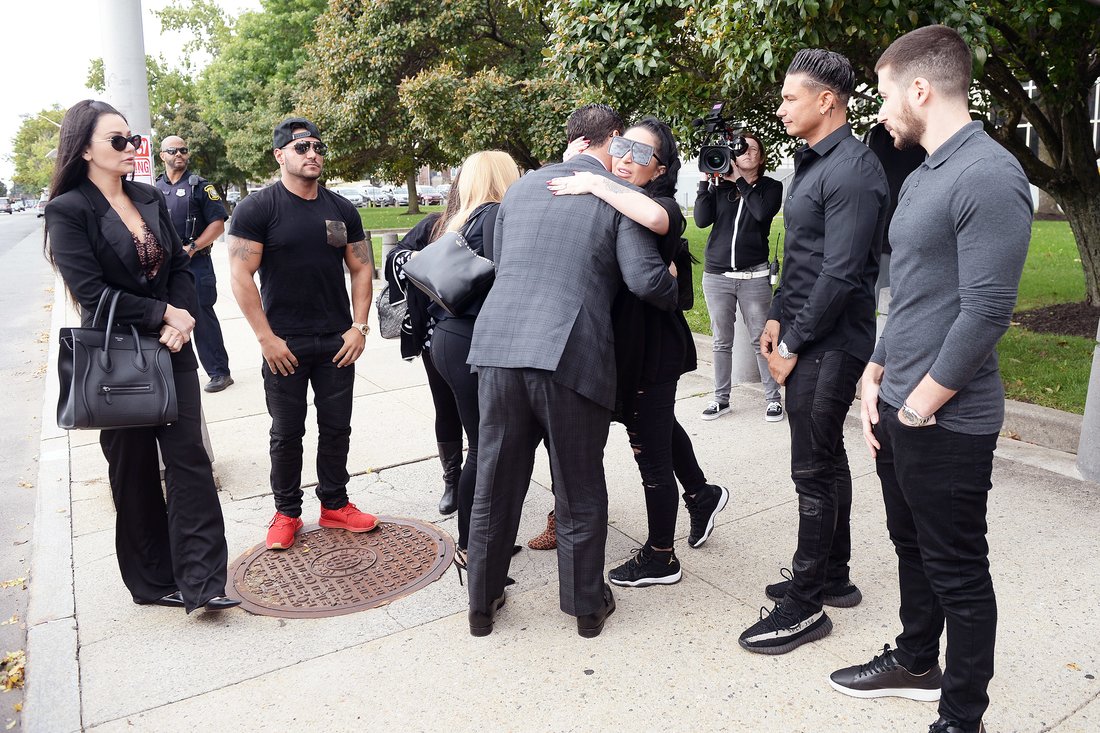 When a paparazzi member asked The Situation what he has to say to his fans, he threw up a peace sign.

Sorrentino’s lawyers wanted a shorter sentence for the star, saying that he played a minor role in the tax cover up, while prosecutors wanted to send Sorrentino to prison for fourteen months in order to drive home the seriousness of tax evasion charges Ultimately, both sides settled on the eight month sentence. It’s a shocking turn of events and a blow to fans of Jersey Shore past and present. It’s an unexpected and unfortunate speed bump in the life of this reality TV show star.

We will update on this story as it plays out.

What do you think of The Situation being sentenced to prison? Let us know in the comments or on Twitter at @WhatsTrending.