John Mulaney in his own words “means a whole lot to very few people”. I, a humble What’s Trending intern,  am one of those few people. Now I understand that he is not for everyone but for those of you who have either never heard of or never seen a John Mulaney special I HIGHLY recommend it (they’re almost all on Netflix). In a time of uncertainty if you need to take a break for your mental health… they were certainly the break I needed. But Other than his comedy here is a fun list of some of the reasons why I think he’s great.

The TikToks Made about him are INCREDIBLE

Just watch this one!

There’s a HORSE loose in the HOSPITAL!! 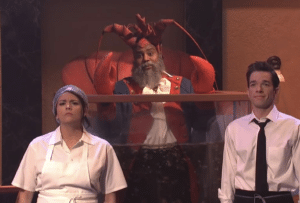 The Lobster Diner, The Airport Sushi, The Bodega Bathroom, The Admiral, and more.  I could do a whole article just ranking his SNL sketches!

His friendship with Pete Davidson is just wholesome

They even went on tour together!!

His dog is adorable

Her name is Petunia, she is a tiny french bulldog, and she is my hero. Her Instagram account is @laviepetunia

His wife is incredible

Having a famous husband has not stopped Anamarie Tendler-Mulaney from kicking a$$ on her own. She is a makeup artist, designs and creates handmade victorian lampshades, and is a twice published author.

Evidence: John Mulaney and the Sack Lunch Bunch. An hour-long children’s comedy special written for children by an adult featuring  15 kids between the ages of 8 and 13. It also featured Tony Award winner Andre DeShields, Annaleigh Ashford, and Jake Gyllenhaal. 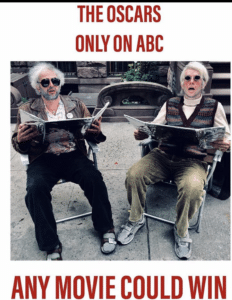 ….well maybe not John, but George St. Geegland and his partner in crime Gil Faizon are a hit at every party that they attend. George and Gil even have a podcast covering the death of Princess Diana with guest stars like Lin Manuel Miranda, Pete Davidson, and more.

Relationships should make you feel better about yourself! That’s not a joke, it’s just a funny thing that he realized when he married his wife. And why buy the cow? Because you LOVE her

Last and dare I say the most importantly…

He is not taking shit from Bill de Blasio and is using his platform to amplify the Black Lives Matter Movement.

Did you ask him about NYPDs “Kettling” crowds of peaceful protesters into confined areas, waiting til curfew, and then arresting them and beating the shit out of them when they can’t disperse? https://t.co/YkX0mgnQ4D