Over the weekend, beauty YouTuber Kandee Johnson, posted an IGTV video on her account captioned, “SETTING THE RECORD STRAIGHT,” addressing some accusations against her.  She explains and apologizes for her part in the ongoing feud between small beauty business “Sahi Cosmetics” and the bigger beauty company, “Beauty Blender.”

Events Leading Up To Kandee’s Apology

The story, as told by Kandee, began when she posted a video onto her YouTube channel on Friday September 19th. As a well established beauty YouTuber (Kandee has been making videos since 2008), her videos are usually welcomed with kind words and excitement.

So when she began receiving hate comments on her most recent video, Kandee was alarmed. Comments were pouring in about Kandee being a thief, not supporting small businesses and that she needs to be cancelled. 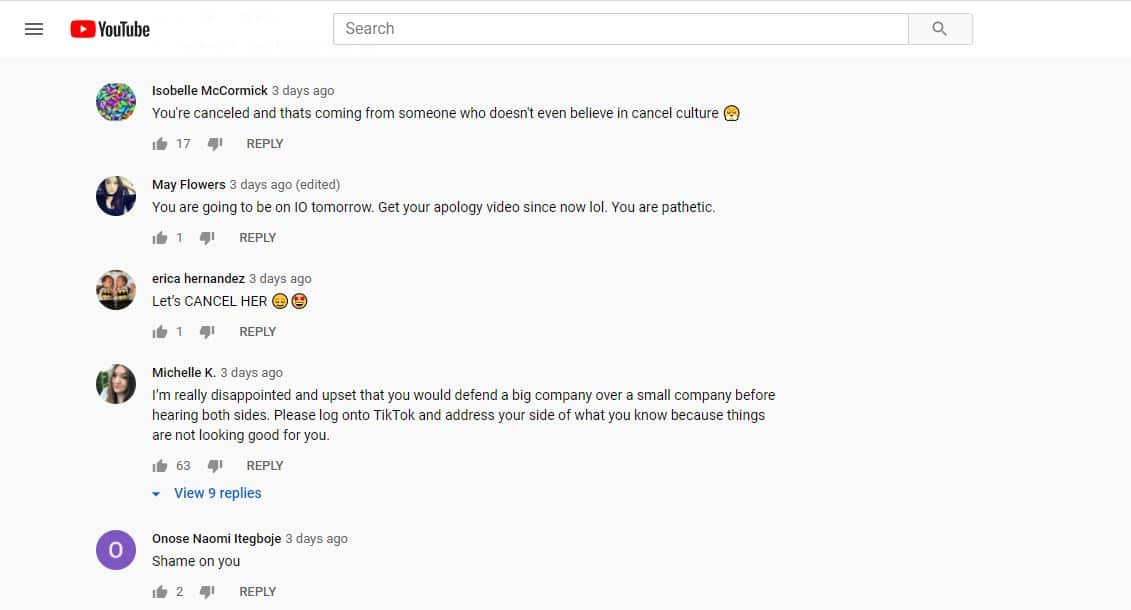 As it turns out, Shelly Sahi, owner of Sahi Cosmetics, had mentioned Kandee Johnson earlier that day in a TikTok as an abetting aid in an on-going feud between her cosmetic company and bigger makeup brand, Beauty Blender.

The story starts further back! In August, an upset Shelly Sahi took to TikTok to vent frustration and call out Beauty Blender, a larger makeup company, for stealing her primer serum.

Posted this the day after my husbands birthday because I didn’t want him to know how sad I was. I’m feeling better today! #foryou #storytime #makeup

In two follow up TikToks, Sahi explains that both serums use nine of the same key ingredients. On top of that, the products look alike and use similar verbiage in their product description online. The Sahi Cosmetic primer serum was released in 2018, and although made by the small company, has received attention having been featured in a Fab Fit Fun Box.

Beauty Blender’s primer was released 2019, but it wasn’t until August of 2020 that Sahi realized the company might have stolen her serum. The TikTok accusing Beauty Blender of stealing from Sahi’s small business quickly went viral. Beauty Blender took to Instagram to respond with a slightly snarky photoset.

^ To answer all of your comments.

Founder of Beauty Blender, Rea Ann Silva, reposted the snarky photoset on her personal Instagram with the caption, “to my friends in the beauty community: It was a disheartening day watching cancel culture unfold bc of a misinformed viral video. I can say on behalf of my brand, we aren’t going anywhere, anytime soon. 💪🏽 Beautyblender was built on innovation & originality. But as leaders in this industry, we have to work together to put an end to cancel culture. Our work and creativity was meant to inspire and uplift, never tear down or diminish. #StopCancelCulture.”

Kandee Johnson, unaware of the feud and fan of Silva and the Beauty Blender brand, commented on Silva’s post. In true Kandee fashion, never wanting anyone to be bullied, she encouraged her industry peer by commenting, “you are and always will be an originator and innovator!”

Okay now pay attention because this is where things get sticky…

Kandee, getting swarmed with hate on her first video back since Sahi’s original two TikTok’s on the serum scandal went viral, directly messaged Sahi on her personal Instagram. She asked Sahi to call off her followers from bullying her. Kandee also explained it was never her intention to hurt Sahi or her business and apologized for anything perceived as malintent.

I would be more excited if you didn't harass small business owners to deepen your own pockets!

To give you more insight on Kandee’s character, in case you have never seen Kandee’s videos or heard of her, this is the kind of content she puts out all the time, ever since she’s had a platform.

Don’t you give up! Don’t you listen to the negative thoughts in your head. You’re gonna get through this! You’ve got this! Tell yourself “I can do this! I can make it!” YOU’VE GOT BIG HAPPY MOMENTS, dreams & a comeback story -that might be right around the corner from today!

Nobody would peg her as someone who would take down a small business in any way. Cancel culture has become such a trend, that everyone seems to be waiting for a chance to “expose” those with “pristine” reputations. Not to get all “Kandee Johnson” on you, but the all-too-eagerness to destroy someone’s character publicly like this, only exposes the negativity in the “cancel-er’s” heart.

Sahi posted a second update on the serum scandal this past weekend asking her followers not to send hate to Kandee as she wanted to give her the benefit of the doubt (right….because you didn’t already drag her name through the mud…). In the update, she explained how Sahi Cosmetics worked with Kandee’s agent to have her test some of their products. Sahi was enraged and hurt by Kandee’s comment on Silva’s Instagram post, interpreting it as a slap in the face to her business and that she was siding with Beauty Blender, as she was under the impression Kandee had tried her serum. She reminded viewers that influencers should fact check before commenting, but that they are not who hate should be directed towards.

This is when Kandee took to Instagram to issue an apology and explain her side of the story. We won’t hash out the entirety of the seventeen minute long video, but in it she explains how she had actually never gotten Sahi’s primer. Kandee provides all her digital receipts (DM’s, emails, screenshots of comments, etc.) proving her apology genuine. She also reached back out to Sahi to offer to apologize to her via phone.

In her twelve years of making beauty videos for YouTube and spreading positivity, Kandee has made a dedicated fanbase for herself. When allegations began circulating about her and her character, fans were quick to defend the the beloved makeup artist and offer her support.

FIRST OF ALL… how DARE y’all come for @kandeejohnson?! I’ve never actually met this woman but every time I watch her videos, they make me SO happy. I’ve watched her for YEARS & she just seems like the most amazing light of a human being. Keep shining, Kandee! The OG’s love you.

So sorry this is happening to you Kandee. You are such a sweet person and her refusing to talk to you to resolve it makes her look bad IMO. Sending you lots of love!

Just the thought of you doing anything malicious has me more confused than anything… much less something like this. Anyone who knows you at all knows that you’re the kindest and most genuine human to ever exist. So sorry you’re dealing with this mess ☹️❤️ pic.twitter.com/yBQqHr2wlF

Many fans agreed that this scandal and dragging Kandee into this was not a good look for Sahi or her business.

This is not a good look for this woman wanting to start up a business. Extremely unprofessional. Kudos to you for the utmost class & professionalism.

This is…not a great way to start a business 😞

Final Update On The Kandee Situation

Sahi posted another update on the serum scandal yesterday addressing Kandee’s personal apology to her (through DMs). In this update she acknowledged that Kandee said she would make sure to fact check in the future, and the two are now on the same page. Overall a positive response.

So while we don’t think this is the end of the primer serum scandal between Sahi Cosmetics and Beauty Blender, it seems Kandee Johnson’s name has been cleared. While it’s a shame Kandee had to be brought into this, let this be a lesson to us all that we should focus on accountability rather than destroying someone’s character, have kindness, and to always get the full facts before making statements.

Cancel culture aside, Sahi Cosmetics has been getting a lot of attention from this scandal. Knowing all the details so far, do you think the brand is just making a stink to get publicity? Or is this a part of a bigger fight for small businesses against a world of big businesses and powerful corporations?