For all of Kanye’s supposed boldness with expressing his opinion, it seems like his biggest censor is himself. He doesn’t just want to say opinions such as oh say… the Democrats are using welfare to destroy the black family and that the 13th Amendment abolishing slavery is no good (these are both very… let’s just say “bad” opinions, folks), he wants to be embraced for it. Now, following Pete Davidson’s take down of Kanye, Kanye West has completely deleted his media presence. Kanye West is no longer on Twitter, Kanye West is no longer on Instagram!

Now if you want to see Kanye say something stupid as hell you’ll have to look around for it, or maybe read his upcoming book that’s just all of his Tweets, if that thing is still in production. Come on, Kanye! Your book can be shelved next to Corey Lewandowski’s or something! Remember Corey Lewandowski? The guy who assaulted that reporter on camera? Anyway, you’re in good company, Kanye, I guess.

Now, maybe this is good for Kanye and for fans of Kanye. For all of his awful statements in the past few weeks, fans of Kanye West really do want to forgive him, and every weird new statement he makes makes it harder and harder. It can be the fact that Twitter was where he announced the release of an unfinished album, the feed where he decided to critique the abolition of slavery (not reconstruction mind you, which America absolutely borked up, but that’s a diffirent discussion for a much more serious article), and where also posted an unbelievably lame meme of two dudes trading hearts.

Like, we’ve been so focused on MAGA Kanye, we completely ignored lame as hell meme Kanye, and that’s a shame, because that seems like an even more unexpected place where the rapper went — self important teen style member.

Meanwhile, on Instagram he’s been roasted by the likes of Snoop Dogg and Lana Del Rey. Snoop Dogg! Look, check it out, you think I would lie to you? 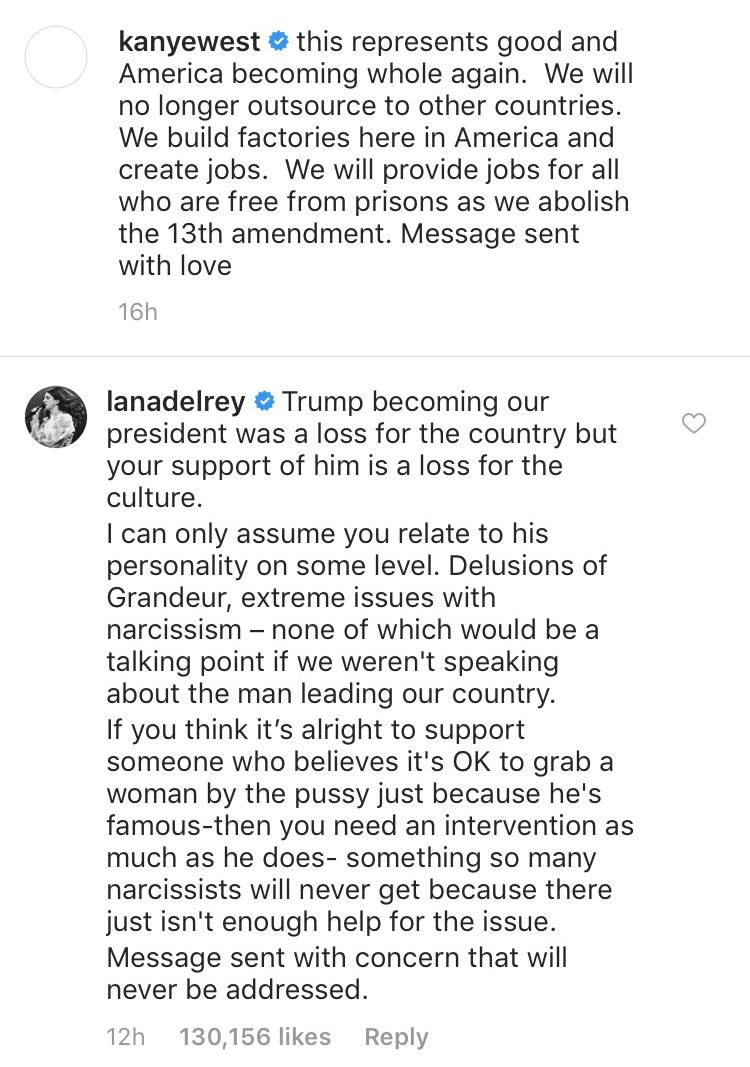 The move also seems to be an attempt to separate the ever sensitive Kanye West from the outside world, which he continues to do as he tells TMZ he will travel to Africa to produce his new album. We will see if this album lives up to… maybe hype isn’t the right word. We’ll see if it will be the culmination of all of the incredible weirdness.

What do you think of Kanye’s social media exit? Let us know in the comments or on Twitter at @WhatsTrending.