Kourtney Kardashian is getting dragged by fans after saying she will “miss” ‘Keeping Up With The Kardashians.’ She recently posted a picture on social media where she can be seen getting styled for a promotional photoshoot for the show’s final season. In the caption, she wrote, “I’m gonna miss our @kuwtk photo shoots.” It seems […]
By Alice Braga

Kourtney Kardashian is getting dragged by fans after saying she will “miss” ‘Keeping Up With The Kardashians.’ She recently posted a picture on social media where she can be seen getting styled for a promotional photoshoot for the show’s final season. In the caption, she wrote, “I’m gonna miss our @kuwtk photo shoots.” 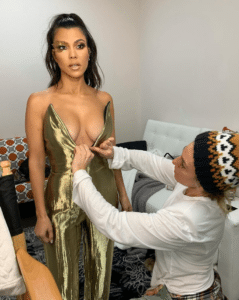 It seems innocent enough, but fans weren’t having it, as they blamed Kourtney for the end of KUWTK. Kourtney had often complained about having to “glam up,” and had requested more privacy. The family had increasingly deprioritized the show, especially Kourtney and Kendall. And the relationship between the three older sisters (Kourtney, Kim and Khloe) had become increasingly fraught.

At the end of 2019, Kourtney had “quit” the show. Kourtney wanted to take a step back because she felt her boundaries weren’t being respected.

But only three months after quitting, Kourtney came back to the show. Kris Jenner, the girls’ mom, told Ellen, “yes, she’s filming again.” Gesturing to a stash of money (a prop for a different segment), she joked: “I gave her some of this!”

Kris explained her eldest’s change of heart, saying: “I think she just needed a little bit of a break. You know how we all hit a tipping point? She’d hit a wall.”

“She was frustrated, she felt under-appreciated, and that her sisters didn’t understand her boundaries and so I think after taking a little bit of time off, she’s seen the light,” She added.

In 2017, Kourtney started seeing a new therapist, who prompted her to to re-evaluate  her life and priorities. Kourtney consequently decided to spend less time filming, and wanted to keep her personal life more private. As a result, Khloe and Kim had to “pick up the slack”, and reveal more of their lives so that there was enough content for the show. This made the two sisters upset with Kourtney, and Kourtney in turn was upset with them for not respecting her boundaries and privacy.

“For years, it used to be Khloé and I against Kim,” Kourtney said in one of the confessionals. “And for the last maybe three years, it’s just been such a different dynamic where it’s been Kim and Khloé against me. I feel like my attitude back to them is a reflection of how they’re treating me.”

Khloé also revealed she felt a “major disconnect” with her sister. “Ever since she’s been seeing this therapist, she’s angry with me, or annoyed at me,” she said. “Kourtney and I have a really special bond, and I haven’t felt it for the last couple of months. I feel a major disconnect between her and I.”

Khloe, Kim, and the production crew approached Kourtney to talk about the future of the show and her commitment to it. Kim said that she didn’t know “how much longer” KUWTK could go on without commitment from all of the family members.

Kim and Khloé  confronted their sister, saying that Kourtney’s refusal to share more of her personal life was destroying the show. The three sisters met with the production team, who begged Kourtney to share more of her life on camera, or at least “be present” when filming took place. Kourtney refused and promptly left the room.

Kourtney decided to take a step back from the show, and announced she was quitting.

Six months later the family decided to end the show, and the next season will be its last.

“The number 20 just seemed like the right time for us to take a minute and breathe and everybody slow down a bit,” Kris Jenner told Ryan Seacrest. “We need to figure out what our next steps are.”

Kris also talked about the decision to end the show in an interview with Ellen DeGeneres. “It was kind of sudden,” Kris said. “We were talking about signing up with our network for another couple of years, but we all came to the decision as a group. It just all came to us after 20 seasons and 14 years.”

But many were speculating that Kourtney was the reason why the show ended, even though she had returned to the show 3 months after quitting.

So when the Kourtney posted a photo with that caption, fans questioned how truthful it really was. 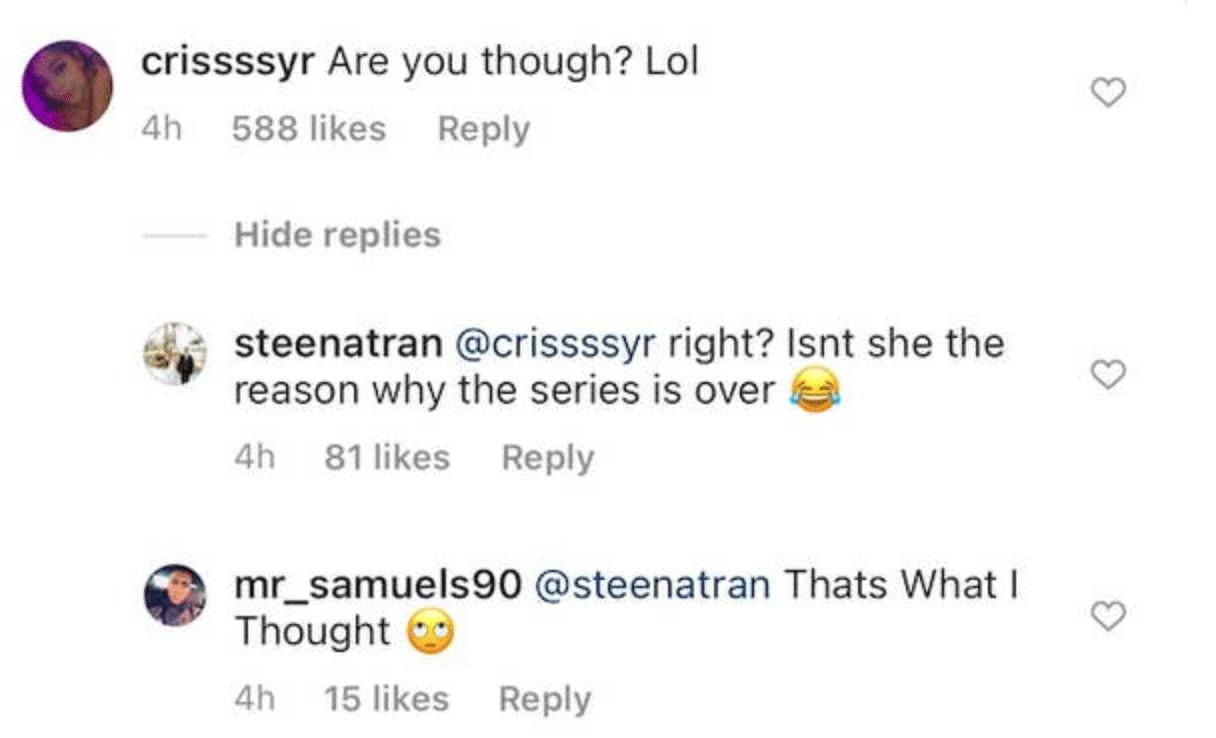 Many pointed out that she had quit before, and how she complained about having to do glam, and how she had wanted to stop filming.

What do you think? Is Kourtney’s comment was genuine? Was she responsible for the show’s demise?