In an age where it seems like every celebrity is having a racist past, even child stars are having to make apologizes for some distasteful videos. Maddie Ziegler starred on the hit lifetime reality show ‘Dance Moms’ from 2011 to 2017. Today she’s  a movie star, music video icon, author, model and businesswoman – all at just 17! Maddie is often viewed as a role model for young girls and has been vocal about the BLM movement and LGBT rights,, but recently videos appeared on twitter that showed a lack of racial sensitivity when Maddie was a child. 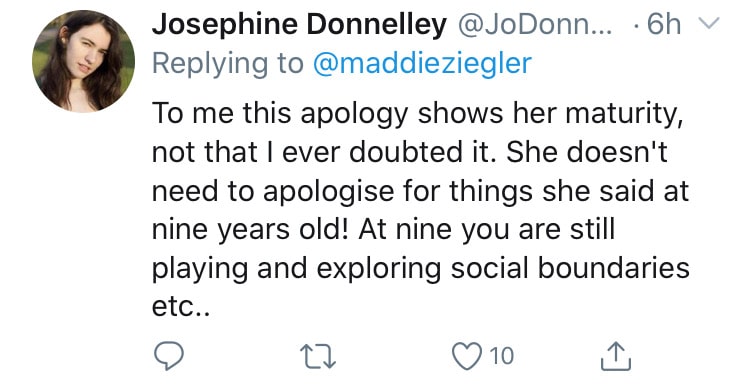 A video from when Maddie was 9 appears to show her saying the N-word and other videos from the same time shows her mocking an asian accents and facial features. These videos have been floating online for several weeks now, and Maddie had been continuing to post on her socials as normal – showing brand deals and launching products. Fans were definitely starting to notice her silence, one user commenting on her instagram “it’s been like three weeks and you’re still ignoring it? How mature” and another saying “I am completely saddened that you haven’t even addressed the matter yet continue to promote brands etc. I hope you realize that in order to grow you have to recognize your mistakes”.  Maddie posted a sponsorship with Fabletics and got a lot of comments like this one, saying “maybe apologize instead of promoting fabletics????” Maybe not the best time to promote your leggings, when we’re in the middle of a black rights movement as a country… just saying.

On August 4th, Maddie finally released a public statement that acknowledged the videos and said “I’m honestly ashamed and I’m truly sorry for my actions … What I thought was humor when I was younger I know was actually ignorant and racially insensitive” She talked about how growing up as a celebrity means all your mistakes are publicized and says “I hope you will forgive me and also hope you realize I have in fact grown up and would never act this way now”. She ends the statement by encouraging her fans to spread love. 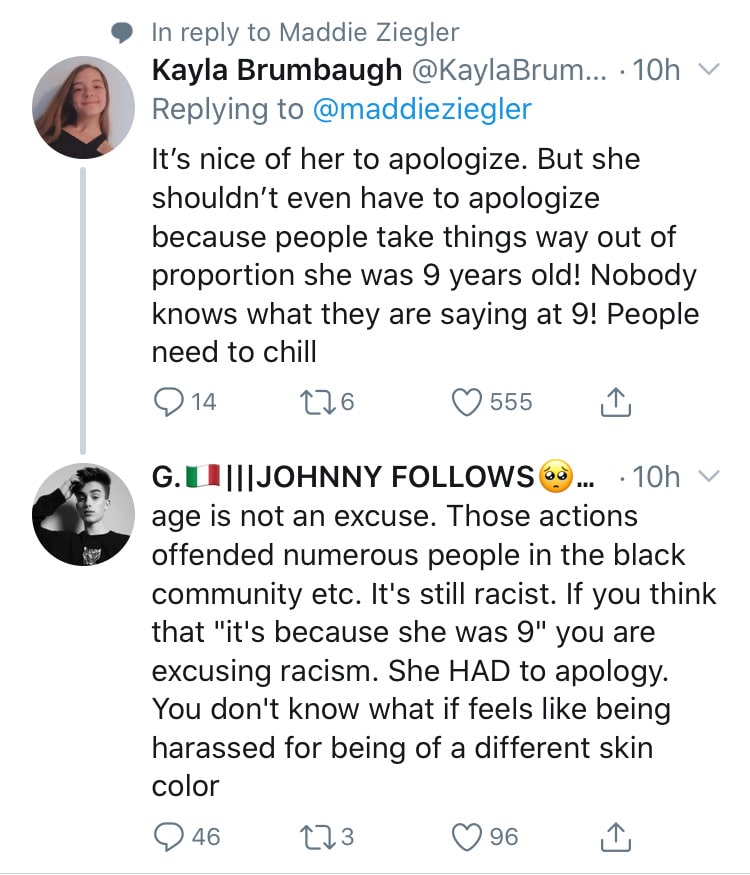 A lot of people applauded this statement and this was being reported by some news sites as a huge step for celebrities owning their racist past. However, other fans online are sharing more recent videos of questionable behavior by Maddie as evidence that she hasn’t changed. The first two videos are from when Maddie was 16 and they are seen as an example of her being racially insensitive. The third video is also recent and allegedly show’s her using the term lesbian as an insult and this last video is being seen as transphobic, offending the LGBT community she often claims to support.

Maddie’s official apology talks about how the resurfaced videos are from almost a decade ago and don’t reflect her values today, and many people accepted this because she is older and has matured. Now that these videos came to light, people think she hasn’t changed but is only apologizing to save her image. One video was tweeted with the caption “So we ain’t gonna talk about the ones where she was 16 or something …” and another “You don’t look 9 in this one…” one fan also tweeted “she only addressed one video. There are tons more of her making fun of other POC communities and LGBT communities”. This is all coming after Maddie has recently been promoting an LGBT focused music video project with Sia and Leslie Odom jr. – making people question her true alliship. 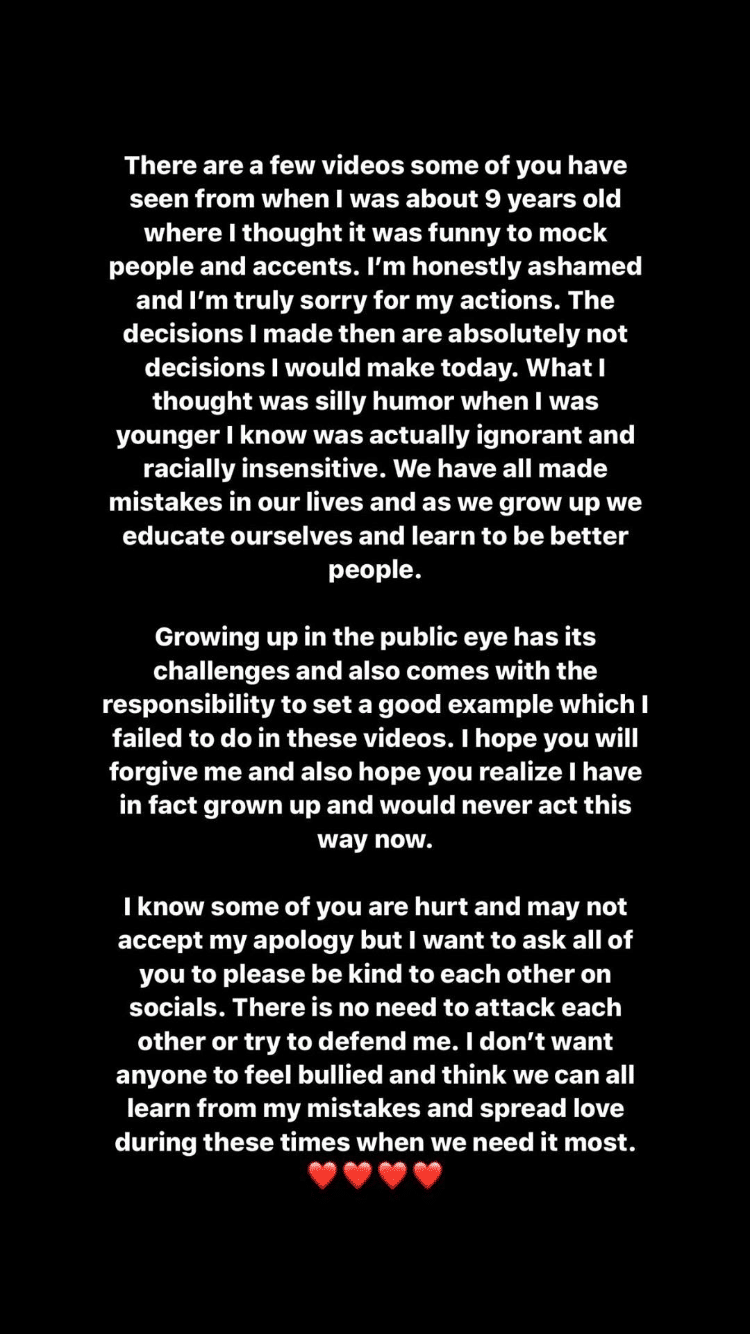 On the flip side to this, there are some fans who just really love and support her and are saying she shouldn’t even have to apologize for videos made before today and that this is just ‘cancel culture’ taking over  … what do you think? Are these offensive? Should she issue another apology? Let us know!