In a CNBC interview, Abigail Disney, a philanthropist who is the granddaughter of Walt Disney’s co-founder Roy Disney, calls upon the U.S. government to increase taxes on wealthy Americans, like herself, for the sake of Covid-19 aid. 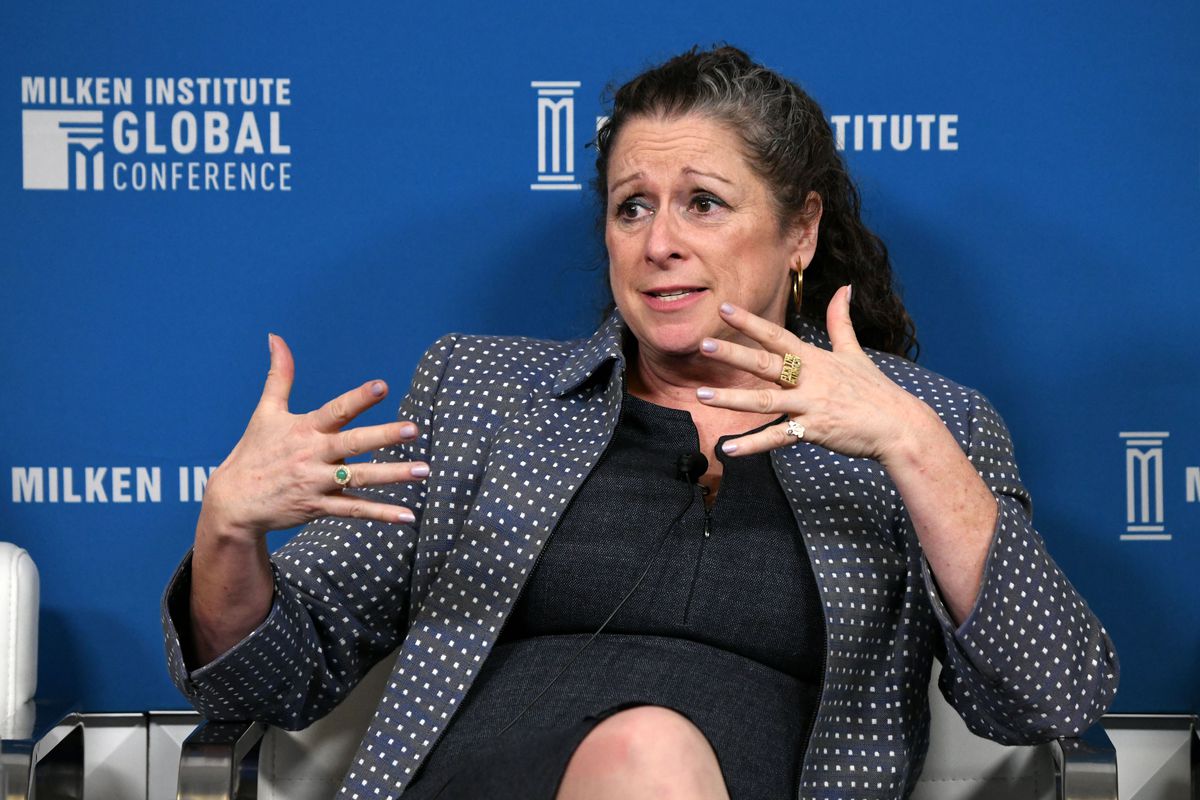 The novel Covid-19 pandemic which is currently raging havoc across the world, especially in the USA, has not only taken the lives of more than half a million people but has also left millions unemployed and in poverty. As the end of the pandemic is nowhere in sight, the damage done by the virus will most certainly increase and create a lasting impact that will take years to repair. Abigail Disney, like dozens of others who fall under the uber-wealthy umbrella, signed the “Millionaires for Humanity” letter to show their solidarity with helping the world recover from Covid-19. The “Millionaires for Humanity” document is a letter addressed to ‘fellow global citizens’, explaining why the ‘undersigned millionaires’ have asked “our governments to raise taxes on people like us [undersigned millionaires]. Immediately. Substantially. Permanently”. The document concludes with “humanity is more important than our money”, encouraging other wealthy elites to sign the letter as well.

In the CNBC interview, Disney further explains her support for the tax increase on the wealthy, saying “we’re contributing so much less to the economy that we really ought to be to the well-being of our fellow Americans. Time for us to cough-up a little bit more”. For those who are opposed to the tax increase and won’t sign the ‘Millionaires for Humanity Letter, making the argument of ‘if you’re such a philanthropist, mail your own check. Don’t do it to everybody’, Disney’s response is “if the world is terribly polluted, I’m not going to fix it by going in front of my house and picking up all the trash off the sidewalk. That’s not the problem. The problem is systemic. We need to make this a more fair system that doesn’t so much to favor the wealthy”. To reduce and effectively eliminate the destruction made by a crisis the size of Covid-19 where there is an infinite number of overlapping societal elements that are in distress, you can’t just do the bare minimum, it is a community effort.

Abigail Disney calls for a wealth tax: “Money has been concentrated too heavily in a too small population. It needs to be driven across the economy.” https://t.co/rP2iCIpLme pic.twitter.com/ZwEHXCW9sO

Disney continues, stating that governments have failed in the form of leadership and have let down those most vulnerable during this pandemic because they have been “persistently underfunded and starved by this insistence that we take all the money out of the public systems we possibly can”. Disney suggested that “if we had invested more in our health systems, if we had invested more in making sure the low-income and middle-income workers had, for instance, some savings or owned their homes or anything that ensures a life that’s secure, we would be doing so much better, but you saw how quickly those lines formed at the food pantries. Millions and millions of people who work full time in this country did not have enough money laid by to ensure that they had enough to eat for the next week, much less however long this is gonna last”.

The interview closes with Disney explaining that “For wealthy Americans, their effective tax rate has gone from around 50 percent in the last 40 years to around 23 percent, which is roughly what the middle class pays. If you take all the taxes-state, local, sales taxes-into consideration, we actually are effectively paying a flat tax across the country”. Disney proposes that “I would be happy to go back to the 50 percent. If that’s not politically feasible, let’s talk about 40 [percent], but we need to recognize that there are people in this country who are so wealthy that a 40 percent tax rate would do nothing to erode the quality of their life. Money has been concentrated too heavily in a too-small population. It needs to be driven across the economy”.

Do you support the “Millionaires for Humanity” movement? Comment down below and follow What’s Trending for more of the latest news!