Where will I get my tasteful gifs now!? 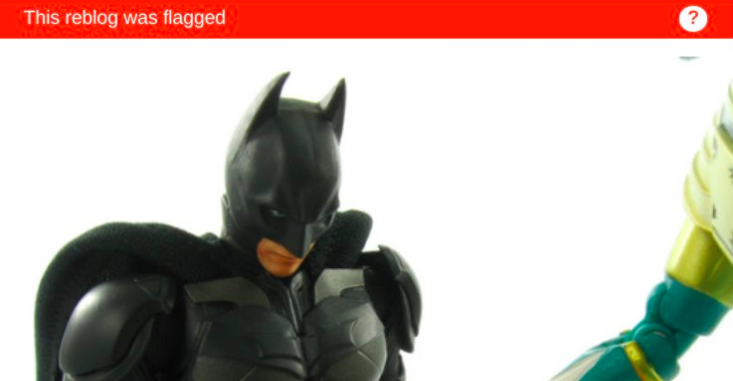 Non sexualized images of genitalia or breasts — such as when showing breastfeeding or gender surgery. (Note, breasts have been worded by Tumblr officially as “female presenting nipples” just in case things weren’t weird enough already). Again, this does strike a blow to those seeking out safe, non heteronormative pornography as Tumblr was one of the few places one could easily find that kind of content on a non sexual website.

Now, of course those using Tumblr well… I’ll just say it! They’re steamed! Memes and Tweets have ben set up bemoaning this weird as heck decision that no one either likes or wants! Check some of them out below!

People on Tumblr when adult content was allowed vs December 17th when Adult content is banned ?? pic.twitter.com/MtFJzO1OTB

All the artists on Tumblr rn pic.twitter.com/OOJToMDUMd

What’s strange is that so much of the content crackdown that has begun today has targeted things that don’t seem the least bit sexual! Batman staring at hot dogs, Garfield in his natural fat cat state! All are swept under the Tumblr filth rug! Tragically!

GARFIELD IS STRAIGHT UP ILLEGAL ON TUMBLR PASS IT ON pic.twitter.com/GPxDsbcjoJ

i know this tumblr thing is fucking over a lot of people but this is so fucking funny i am dying pic.twitter.com/VJm8s5HTBY

And of course, Tumblr’s tolerance of racist material and their banning of sexual material is incredibly questionable on its own…

Tumblr is banning nudity but not nazis? pic.twitter.com/nlIjtwQVQC

What’s more, this sets into question the future of the internet. Will the internet cease to be a wild west state that it’s been the last few years, now that we’ve all been herded into about a dozen websites that are quickly being bought out by conservative corporations who want to take what’s special about some of their websites and make it safe for the whole family? I guess only time will tell. However for now, enjoy your favorite tasteful porn gifs because if you want them after this ban, you’re going to have to some creep in a dirty alley who will open up his coat and let you look at his fine collection of tasteful queer pornography! Tragic!