Um. Beto O’Rourke Instagrams His Dental Cleaning For Some Reason

Really... the Ted Cruz of actions, if you ask me. 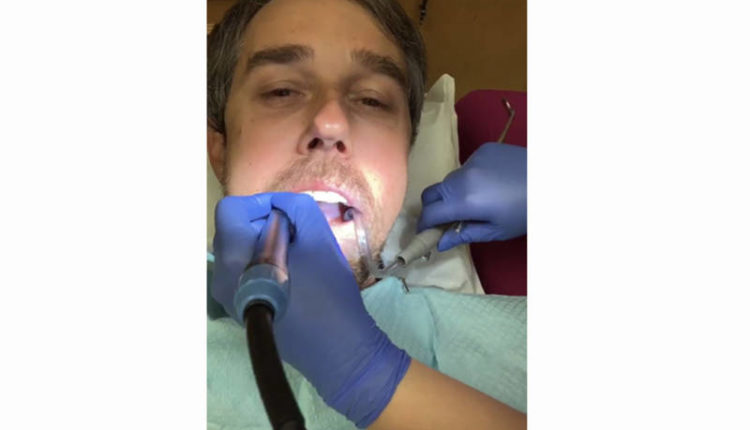 Alexandra Ocasio-Cortez really changed the game, and it’s clear some politicians just can’t keep up. Amongst all the very straight forward talk, leftist policies, and brushing aside of weird and obsessive haters, Alexandra Ocasio-Cortez, a Representative for the state of New York, would shoot live video on her Instagram of her making dinner while answering questions about government and policy from her many fans. This resulted in something unthinkable amongst the Democratic constituents who, until this point were going about business as usual and were forced to do the unthinkable: learn to be human. I believe it is this challenge that led us to the current social media “wait, what the hell?” to start of the 2020 election — Beto O’Rourke sending his dental cleaning to Instagram Stories.

Beto O’Rourke, as you may remember, was the cool, young, left leaning challenger who almost beat Ted Cruz in the Republican stronghold of Texas. Since then his image changed somewhat — more cog-in-the-political-machine Hillary Clinton than populist leftist Bernie Sanders — but more than anything else, he is now considered a presidential hopeful, with all the awkward connecting to the people that comes with it. It’s clear Beto wants to keep being the new left leaning hero, so lining up with Ocasio-Cortez is a good idea. And what’s better, is the weird Instagrammed teeth cleaning was meant to shine on something that our newly installed semi fascist, wall hungry executive branch seems to be terrified of – the border.

In the video that I’m writing about because it’s so bonkers, Beto O’Rourke hilights the life of his dental hygienist — born to an immigrant and an American citizen, and who lives on the El Paso border, and who says that living on the border is okay! It’s a good life, and not the grotesque nightmare the president paints it as.

Cool. You showed us your weird ass mouth, and I wrote about immigration. I hope you’re happy, Beto O’Rourke.

What do you think of whatever the heck this is? Let us know in the comments or on Twitter at @WhatsTrending.

Lady Gaga Apologizes For Recording “Do What U Want” With R. Kelly

TikTok Teens Find a Suitcase of HUMAN Remains Through…