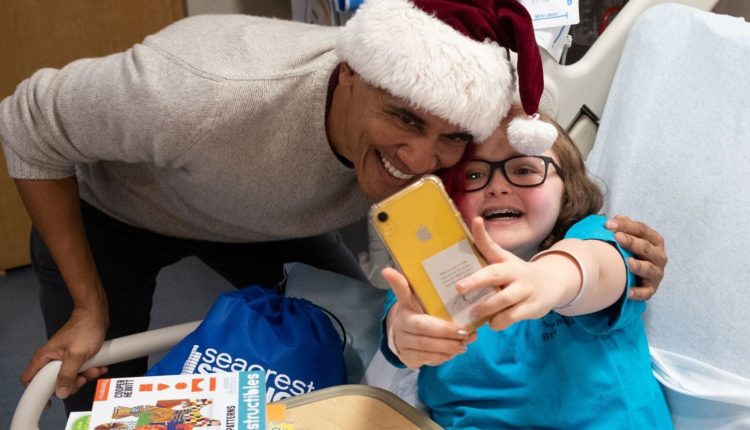 President Barack Obama, for all his wins and flaws, defined himself as a good guy, and a man who is good around people. One of the defining photos from his administration is that of a black elementary schooler touching the top of his head in order to feel that his hair is the same as his. It’s touching and it’s beautiful. Now, the 44th president, and the last one who seemed to like the country, is back to showing his incredible sense of humanity by going to the D.C. Children’s Hospital with a bag of gifts and a Santa hat in tow to warm your heart this Christmas.

Thank you @BarackObama for making our patients’ day so much brighter. Your surprise warmed our hallways and put smiles on everyone’s faces! Our patients loved your company…and your gifts! https://t.co/bswxSrA4sQ ❤️ #HolidaysAtChildrens #ObamaAndKids pic.twitter.com/qii53UbSRS

It will make your heart a little warmer to watch this video.

Barack Obama came to the kids and brought them both gifts and wisdom. According to the Washington Post, brought Hot Wheels sets, fun nail polish, remote control cars, jigsaw puzzles, which he claimed were a favorite of his grandmother, and more. To one kid, a twelve year old nervous about high school who asked him for advice, he told “Even the cool kids don’t have it all figured out.”

Kurt Newman, the president of the Children’s National Health System, said: “I know they will be talking about it for years to come. At such a busy time of year, when no one wants to be in the hospital, his natural warmth lifted the spirits of those kids, their parents and of each staff member he met along the way.”

An act of kindness, wether for PR purposes or otherwise, goes a long way, it’s beautiful that as modern celebrities and political figures seem to espouse selfishness as a virtue, and conflict permeates the air (mainly because the only response to someone threatening neo-fascism should be conflict), it’s relieving to see the ex president just dress up as Santa, and deliver some gifts.

A viral video shows a woman blocking a black Postmates driver from delivering food, claiming he’s a danger to…

Did The New York Times Just Confirm Aliens Are Real?