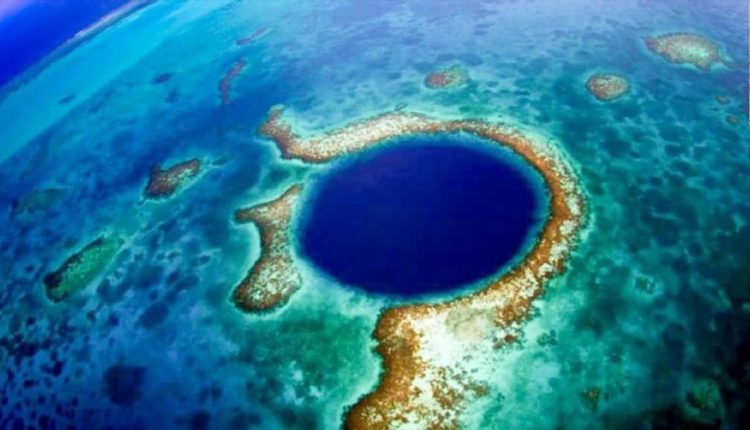 Belize’s Great Blue Hole is a gorgeous natural wonder of the world. But what is really beneath its beautiful exterior? The ocean created the sinkhole by flooding a cave formation. It’s in the Mesoamerican Reef, the second largest barrier reef network in the world. And expeditionists wanted to find out more about the tourist mainstay.

Fabien Cousteau launched the mission. He’s the grandson of the original explorer Jacques Cousteau! He teamed with the Discovery Channel for the adventure. As well as with Richard Branson!

Traversing the cave system was treacherous.  And the depths looked alien. But what filled it was all too familiar. Single-use plastics cluttered the hole, the “real scourge of the ocean” said Branson. “The real monsters facing the ocean are climate change — and plastic.”

Conservationists like Branson and Cousteau are trying to help. They met with Belize’s prime minister Dean Barrow. And asked him to protect 10% of Belizean oceans and ban destructive gill nets. But that’s not enough. All Earth life is dependent on the oceans’ health.

Branson wants at least 30 percent of the ocean protected by 2030. “My grandchildren will be in their thirties by 2050. I don’t want them to grow up in a world without corals, without the wonders of the ocean.”

‘I’m A Stripper And I’m In A Healthy, Monogamous Relationship’

TikTok Teens Find a Suitcase of HUMAN Remains Through…