So homegirl Jacqueline Michele DeLuca from Secaucus, New Jersey uploaded this shocking video online and to saw it is just shocking is the most watered down version we can say.

“I got time toooodaayyy! Her name is Jacqueline Michele DeLuca. She’s from Union City. She works at Party City in Secaucus. Twitter, I need y’all to do your thing with this one.”

Now the video obviously made a lot of people online very upset and even caught the attention of her employer. Within hours, Party City actually terminated DeLuca.

Party city spoke online saying “We have just seen this abhorrent and disturbing video post,” the company wrote in a statement via Twitter. “Our team is looking into identifying this person, her employment status, and will provide a statement asap. @PartyCity condemns the statements made in this video and vehemently opposes racism and injustice of any kind.” 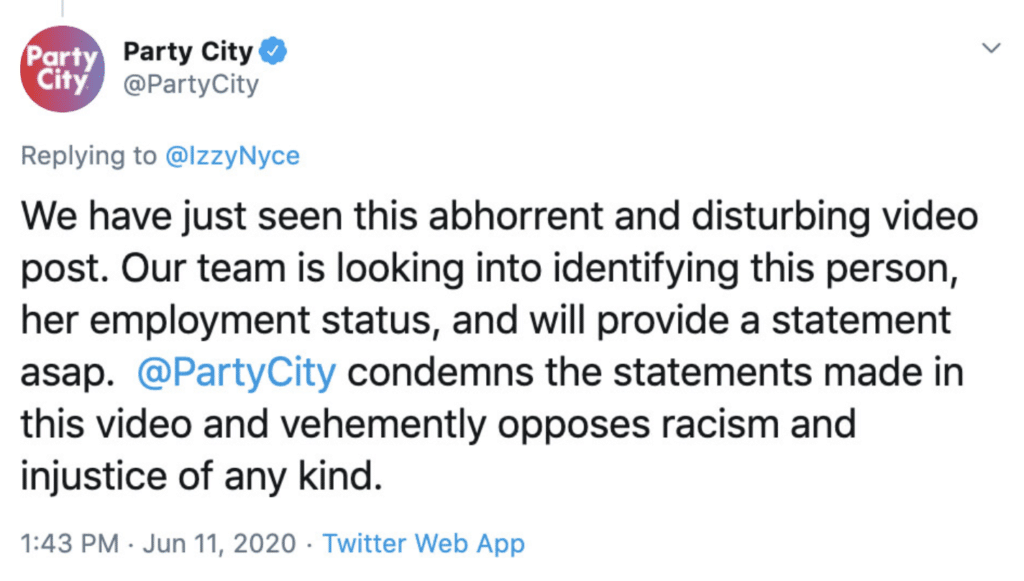 It was nice to see a company like Party City take a stand overall with the #blacklivesmatter movement and also terminate an employee who has a mindset like this.

They later went on to say stating: “We have zero-tolerance for hate and for disregard for basic human rights and dignity,” the company wrote. “We have immediately terminated the employee who posted this video and stand in solidarity with our black communities.” 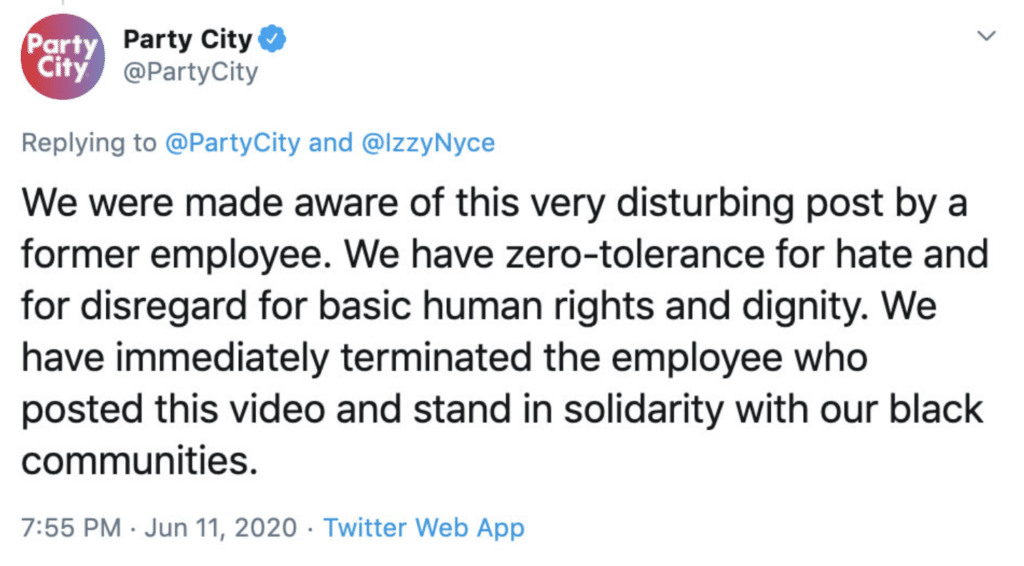 One person actually found the Facebook status she posted before and after being terminated from Party City, obviously some choice words before the incident, but she seemed VERY sorry for her actions in this case. And we did censor out some of that harsh language for ya. 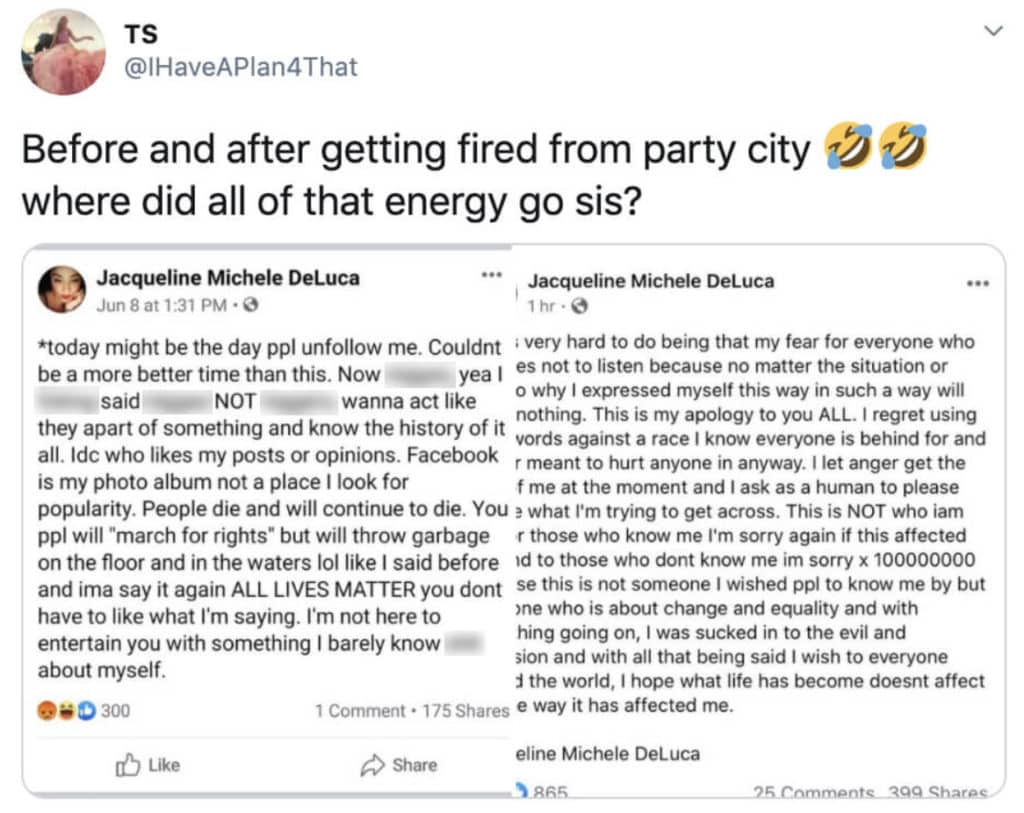 A lot of people are now going to Party City to spend their paychecks while others are boycotting companies like Home Depot, Pizza Hut, and Taco Bell for their company’s actions in the BLM movement.