A plant-based diet will gradually become a necessity in our everyday lives as animal agriculture is steadily increasing leading to environmental consequences. Experts say that “animal agriculture is responsible for 18% of greenhouse gas emissions, more than combined exhaust from all transportation.”

Multiple plant-based products have entered the market in the past decade aiming to reduce consumption of meat. The two main brands thriving at the moment are Beyond Meat and Impossible Foods.

Beyond Meat was founded in 2009, however entered the market in 2012 and has been uprising ever since with its meat substitutes. The company’s main aim is to address four growing global issues. These include human health, climate change, constraints on natural resources, and animal welfare. 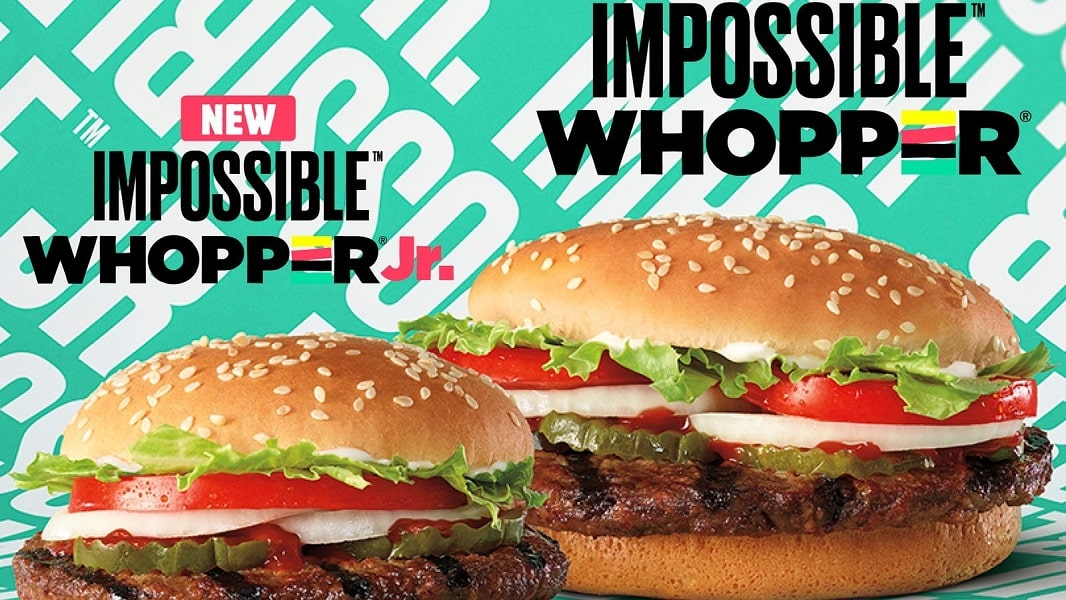 The company’s smart strategy to target meat lovers instead of vegans and vegetarians has proven to be effective. According to statistics, vegans and vegetarians account for less than 5% of the US population. The careful research made by the company, and the use of ingredients which create a sense of similarity with meat (texture, smell, juiciness), is what enticed new consumers to buy and try out.

.@kevinhart4real doesn’t back down from a dare. But when it’s this meaty and delicious who would want to? Taste the Beyond Italian Sausage Pizza from @pizzahut for yourself. Truth is, it won’t be around for long. #BeyondAmbassador pic.twitter.com/3mj8er4q5a

A significant part behind the success of Beyond Meat lies heavily on the celebrity names that were part of the ads. Big names such as Kevin Hart and Snoop Dog rooted for the company becoming its ambassadors.

The clear brand message behind the company has also helped them engage with large food chains including TGI Friday’s, Pizza Hut, Carl’s Jr., and A&W. Similarly, Impossible Foods has followed this pattern synergizing with Burger King to create the Impossible Whopper. This way, Burger King lovers would be tempted to try out something new, and possibly choosing it over a meat product.

New to the game appears to be McDonald’s after recently announcing the beginning of their trials in multiple locations. Denmark and Sweden have been the selected countries where trials have already begun.

McDonald’s co-developed the McPlant burger with Beyond Meat, indicating that rice protein is a secondary protein ingredient. While Burger King has been thriving in the US market using Impossible Foods’ products, McDonald’s is quick to step up by starting its trials.

They ask you to choose between them. WYD?

It’s noteworthy to mention that McDonald’s was founded in 1955 by Ray Kroc, inspired by his two brothers who Dick and Mac McDonald. They owned a small restaurant with a limited menu, focusing mostly on quality and fast service.

Kroc’s company was quick to explode selling its 100th million hamburger by 1958. Since then, the menu hasn’t had significant changes, ones which would attract vegetarians and vegans. The McPlant burger is set to debut in 2021, offering a fresh perspective to McDonalds’ brand.

Destruction of rainforests and killing wildlife are the two elements which have been targeted by organizations throughout the years as they act as a barrier for the meat industry to grow. Since meat lovers account for a greater amount of the population, attracting these consumers would automatically mean an overall greater impact as they would be eager in trying out these products. The goal is for the brand’s name to enter the market for good and contribute to making a bigger difference to the environment. Consuming Beyond Meat products contributes to the greater effort of saving the environment. Change should be adopted and become a necessity for the world to survive, beginning with something as simple as a plant-based diet.