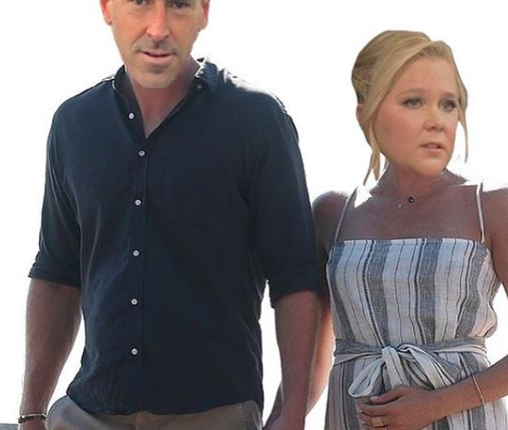 Huzzah! One of our favorite comedians and social activists alike announced her pregnancy in the way we best expect out of the superstar weirdo — in a funny and politically aware way! At the bottom of a list of recommended candidates for the upcoming election (November 6th! Go vote, please!) which Amy Schumer posted, courtesy of the Instagram story of Jessica Yellin of News Not Noise.

Said Yellin on Instagram: “I wanted to share some news from our community, maybe it’s noise but it’s happy noise. So I’m not in the business of making voting recommendations, but these are the recommendations of Amy Schumer, one of the most consistent and earliest supporters of News Not Noise. Now read all the way to the bottom, you’ll see there’s some news down there. Congratulations, Amy.”

About to announce some exciting news on @jessicayellin insta page. Please follow her for up to the minute #newsnotnoise she breaks down what’s really going on. She agreed to post a lil noise today for me! Follow her and VOTE!!

Our congratulations to the constantly evolving comedian and her husband Chris Fischer.

What did you think of Schumer’s announcement? Let us know in the comments or on Twitter at @WhatsTrending.