A musical legend's legacy lives on... 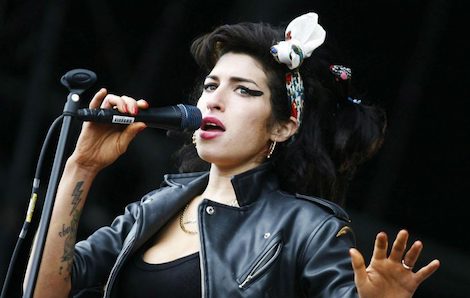 Amy Winehouse was an icon that blessed the music industry in a way that no one else has done before. As her distinct voice, paired with the soulful tunes that she produced, captivated the masses, it came as no surprise that it was a huge shock to everyone when she passed away on July 23rd 2011.

Although family, friends and fans of Winehouse have taken time to cope with her loss, they have been so brave. Now, they have decided to hold a tour at the latter part of next year for the late singer, in order to bring some closure to those who were close to Winehouse.

We’re excited to announce that we’re partnering with the family of GRAMMY Award-winning artist @amywinehouse to celebrate her legacy. This worldwide hologram tour, set to start in late 2019, will raise funds and awareness for @AmysFoundation! ? https://t.co/K0CIPH6Tty pic.twitter.com/GyR0ygyPEc

Now, the tour won’t be like any other tour, as the family have planned for a hologram of Amy to perform all of her greatest hits, as if she were there in the flesh. It’s amazing what technology can do today and using holograms of singers to perform at concerts is a great way to celebrate a musician’s legacy, instead of having to say goodbye forever.

Not only is the idea of the tour ground-breaking itself, but on top of that, all proceedings made from the tour will be donated to Amy’s Foundation, which is a charity aimed to help young people who suffer with drug and alcohol addiction.

Our family is delighted to be teaming up with @BASEhologram to continue celebrating the life and work of Amy, with all proceeds of the tour, starting in late 2019, going to Amy’s Foundation to help even more young people in her name. https://t.co/F9M5V9Z8Qn

Many fans of Amy Winehouse have taken to Twitter to announce how excited they are about the tour, with some mentioning that they will be going to extreme lengths to get their hands on tickets…

I’m shook as hell, they’re really gonna have an Amy Winehouse world tour….. with her as a hologram. I’m doing anything and everything I can to go https://t.co/jHUTP5RhK4

There’s an Amy Winehouse hologram about to go on tour ? I’ve literally wanted this for YEARS.

people are mad about amy winehouse's hologram tour. cant relate, i never got to see amy perform live AND its raising money to help the amy winehouse foundation which provides rehab facilities for young people who cant afford them.

Despite all the positive reactions and how great all of this sounds, you can never please everybody. Unfortunately, some of Amy’s fans aren’t seeing eye-to-eye with her family, as people feel like the hologram tour would be disrespectful to Amy.

Ok so I think Amy Winehouse was great, & I bet her live show was ?. But this is a hologram. I can't help but wonder what she'd think about this. I would be furious.

Instead of a hologram, we could, ya know, put living artists on the road & cultivate actual live music. https://t.co/wcIuNGiZ1D

No matter how you feel about the hologram tour, you have to admit, it’s a pretty cool idea. In the past decade, many talented people have left this world too soon, and hologram tours are a step forward into bringing back the atmosphere and love that their music brought to the world when they were alive.

Do you think the idea of a hologram Amy Winehouse tour is a good idea? Do you think its disrespecting to the late singer, or a nice way to pay a tribute to a great musician? Let us know in the comments, or on Twitter at @WhatsTrending.