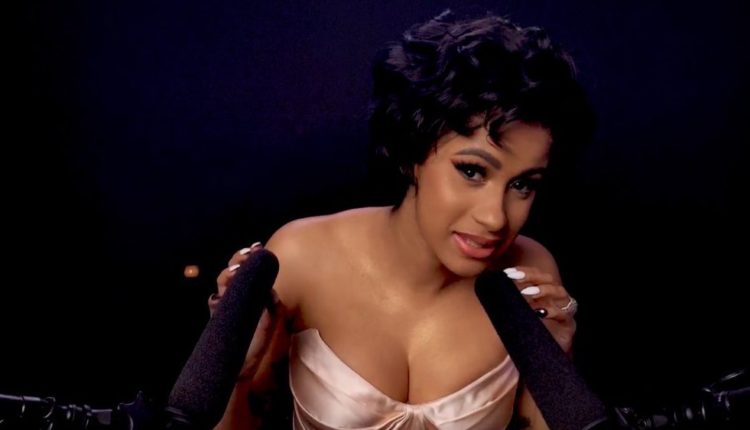 Look, we all love Cardi B, but for Cardi B just being beloved for being an all around weirdo is not enough! Cardi has to push the envelope! Go to greater heights to be a beloved weirdo, and boy did she. Unlike any other star before her in the past ten years, Cardi embraces the purest expression of her self which here includes… making an ASMR video for W magazine. Check the video out below.

Captured on a #Pixel3. pic.twitter.com/kmhTIQP7Ii

For those of you not in the know, ASMR stands for Autonomous Sensory Meridian Response, and it pertains to a popular genre of YouTube video where a YouTuber speaks in a quiet manner, and in a select few it produces an incredible pleasurable response. It’s non sexual, as much as it may seem to be, and has revealed itself to be one of the many odd factions of society unearthed by the internet’s far reaching gaze, including Furries and whatever the heck this bread face video turned out to be.

If you’re a fan of ASMR and Cardi B, and I am a fan of both, the very existence of this thing is a mind melting delight. If you’ve ever wanted to hear Cardi B’s signature “Okurrrr” in a whispery way, along with that incredible accent, well then friend, this video has you in luck.

This video also hints at how good, or at least unique, Cardi B’s instincts towards her audience are. While others try to understand their ever younger internet based audience with the likes of dabbing, or a months too late fidget spinner reference, Cardi B goes right into the big weirdo heart of things, gets the mic, and whispers her way through an ASMR video.

Go check out videos of ASMR stuff on YouTube if your curiosity is piqued. Or go check out mukbangs– its videos of people eating, they’re great. And tell us what you think of the Cardi B video. Let us know in the comments or on Twitter at @WhatsTrending.

VIDEO: The WORST Airplane Passengers of ALL TIME