Amazon CEO Jeff Bezos Had An Affair With His Best Friend’s Wife! 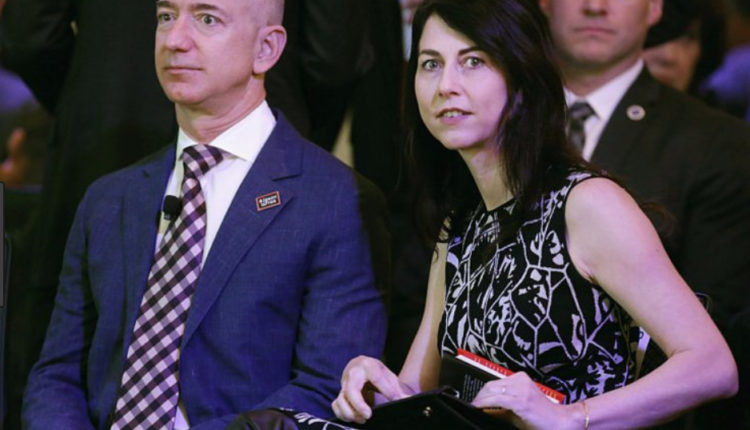 The only thing worse than a divorce announcement is finding out about an affair! Amazon’s CEO Jeff Bezos and his soon to be wife MacKenzie Bezos announced their split on Twitter. Just hours after the statement, the National Enquirer revealed that Jeff Bezos has been seeing his friend Patrick Whitesell’s wife, Lauren Sanchez for eight months. The reveal included photos of Jeff, 54, and Sanchez, 49, across five states and a claim that respective spouses have known about the secret affair since the fall.

“We want to make people aware of a development in our lives. As our family and close friends know, after a long period of loving exploration and trial separation, we have decided to divorce and continue our shared lives as friends,” Jeff Bezos tweeted on January 9th. “We feel incredibly lucky to have found each other and deeply grateful for every one of the years we have been married to each other. If we had known we would separate after 25 years, we would do it all again.”

The statement continued: “We’ve had such a great life together as a married couple, and we also see wonderful futures ahead, as parents, friends, partners in ventures and projects, and as individuals pursuing ventures and adventures. Though the labels might be different, we remain a family, and we remain cherished friends.”

Patrick Whitesell, the longtime friend of Bezos, is a co-CEO and talent agent at William Morris Endeavor, an entertainment and media agency. Sanchez and Whitesell have three children and have been married since 2005. You may know Lauren Sanchez from Fox’s Good Day L.A., a reporter with Extra or as the original host from So You Think You Can Dance. She has made cameos in shows and movies such as Batman Begins, Fight Club and NCIS. You may also remember her engagement to NYPD Blue actor Henry Simmons before 2003.

Jeff is known as the richest person in the world, ahead of both Bill Gates and Mark Zuckerberg,
His net worth falls at $137 billion, according to Forbes. In a report from TMZ, Amazon’s CEO and
wife, 48, “will be ordered to spilt their assets 50/50” if a prenuptial agreement is not in place
Jeff and MacKenzie were married in 1993 and have three sons and a daughter. Back in September 2018, the couple announced plans to build a $2 billion charity named Bezos One Day Fund, to support homeless families and create preschools.

What do you think of this scandal? Let us know in the comments or on Twitter at @WhatsTrending.