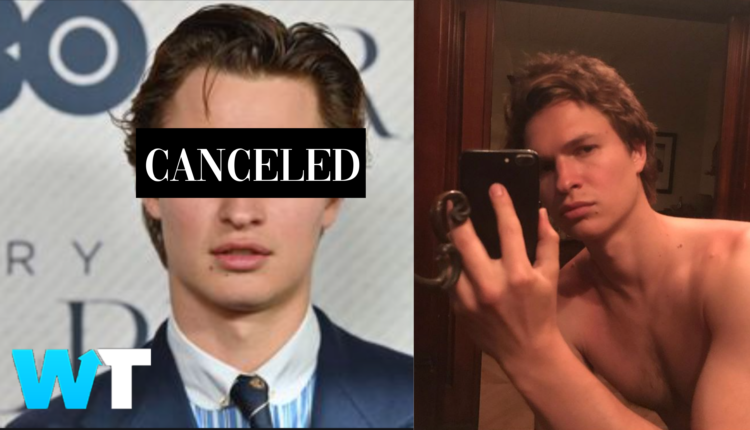 Bad news to fans of The Fault in Our Stars or Baby Driver. Ansel Elgort is being canceled on Twitter for allegations of sexual misconduct and pedophilia.

Most reactions were negative, some just had a little more fun with their disgust towards him. Including this amazing tweet by @sentient_dorito mocking one of the most iconic moments in The Fault In Our Stars Movie

“iTs a mEtApHoR” -ansel elgort pic.twitter.com/ySTv6E5rzd

Here were some of the best reactions from Twitter.

Someone has added “rapist” in all caps to Ansel Elgort Wikipedia page and we just have to stan that person!! pic.twitter.com/KB5jG9wmvT

ansel elgort and kevin spacey when they run into each other in hell#AnselElgort pic.twitter.com/YjYKDDaS2r

Most people were really just utterly disappointed and upset that yet another person is being added to the ever goring club of famous men who take advantage of their positions of power.

STOP! BEING! A! RAPE! APOLOGIST! ANSEL! ELGORT! IS! TRASH! HE! IS! A! DISGRACE! TO! SOCIETY! FUCK! YOU! ANSEL! pic.twitter.com/p8xwYgeRKK

i think i’ve mentioned this on here once before, but i’ve always hated & been so disgusted of ansel elgort bc in 2015 he would constantly flirt with my friend through twt dms even though she TOLD HIM that she was a 16/17 yr old high schooler .. nd keep in mind- https://t.co/Ycn0RFcJrj

There were of course those who are still choosing to continue to follow the movie star and attempt to justify his actions. But those tweets were so few and far between that we weren’t able to find the sources of any of them.

The metoo movement will never progress until people get it through their stupid little heads that conventionally attractive men can be predators too and dont deserve rights any more than men as ugly as harvey weinstein re: ansel elgort

Ultimately we as a community cannot in good conscience support a celebrity who has been accused of sexual misconduct. How do you think this will affect the upcoming 2021 West Side Story Movie? Are you going to unfollow Ansel Elgort? Let us know in the comments.