Are Tana Mongeau and Bella Thorne BACK TOGETHER?? 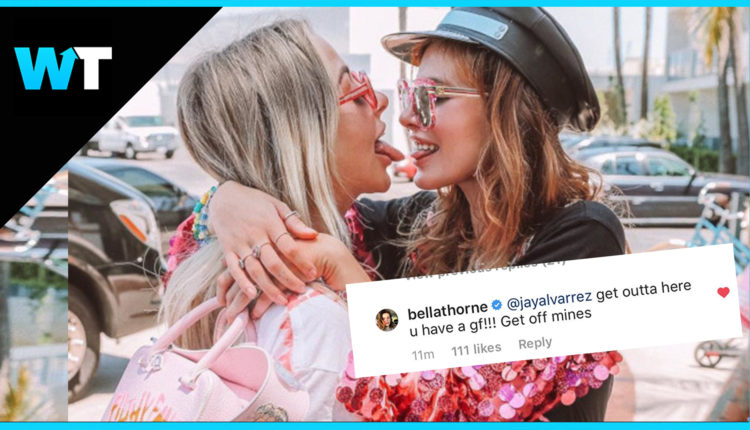 Tana Mongeau and Bella Thorne are going back and forth on social media, but do their latest comments mean they are back together?

Thorne and Mongeau have had an intense relationship, from their first viral kiss at a music festival… to their dramatic breakup in February.
The two had maintained an open relationship and each dated other people… Bella with Mod Sun and Tana with Brad Sousa.
In February, Bella called it off with Tana… and Tana didn’t seem too thrilled about it.
But it wasn’t until Tana caught boyfriend Brad cheating that she broke up with him and shortly began sliding back into Bella’s comments.
Bella and Tana had stayed good friends through the breakup… posting stories together and hanging out.

But Bella posted a screenshot of Tana saying “Take me back,” and later commented this on Tana’s instagram photo:

While the two have not officially confirmed the news, fans are thinking all signs are pointing to yes.
What do you think? Are Bella and Tana getting back together, or will this playful flirting not last? Let us know in the comments!
Share FacebookTwitterGoogle+ReddItWhatsAppEmailLinkedinTumblrTelegramStumbleUpon