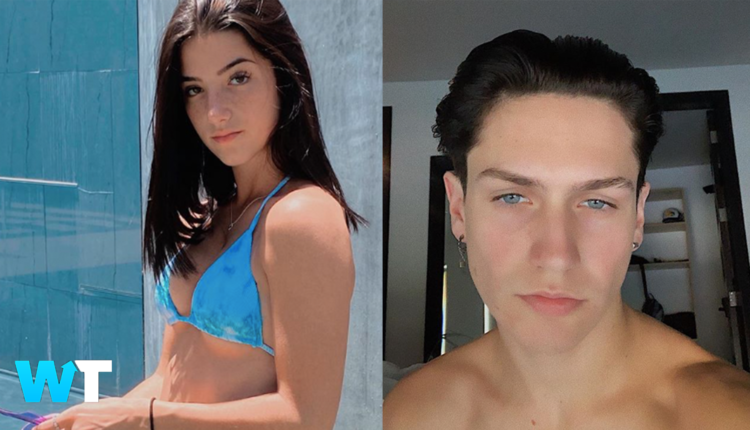 Breakups are generally dramatic when you are a teenager, but add being a TikTok star to the mix and the drama explodes. Social media stars Charli D’Amelio and Chase Hudson, known to fans as “LilHuddy,” have found themselves trending after some major relationship drama that has since been #TikTokalypse and #WorldWarTea

The couple originally split up in mid-April seemingly keeping it mess-free as they both posted about the split and said they would remain friends.

Fans of the stars first suspected something was up when Josh Richards and several other members of the Sway House unfollowed Hudson, who is a member of the Hype House, on social media. In a now deleted tweet, Charli wrote “I hope she was worth it.” Chase then responded by tweeting  (and later deleting): “All of this drama going on because I kissed Nessa when we were both single.” Not one to stay quiet, Charli replied to his tweet saying, “Then you shouldn’t have come to my house after without telling me.”

Following this, Chase decided to air out the TikTok community’s dirty laundry. “Since all my drama has to be put on the internet for the world to judge me, let’s lay out everyone else’s,” he said. In the post he wrote “The only person who has a right to be upset with me is Charli and I’m sorry I hurt her. We broke up and I messed up by kissing Nessa. I am not sorry to Josh, we are not boys and we haven’t been boys since he lied to Charli saying I had an STD 6 months ago trying to get her to stop seeing me.” Though these tweets have since been deleted, the screenshots are here to stay.

Charli wasn’t backing down and shot back, writing, “Stop deflecting your actions onto others because you can’t take responsibility Chase. Want me to talk about how you treated me throughout our relationship or do you just want to continue to play the victim?”

The dancer also posted a series of photos on Instagram with the caption, “your loss ;).”

And Charli isn’t the only one. Her sister Dixie responded to Chase as well saying  “Ur wild. Stop playing the victim and worry about yourself.” Meanwhile, Josh Richards, Nessa Barrett’s ex and member of the Sway House took to twitter to respond to all the drama as well.

Sometimes you need to cut out the fake people in your life.
You give them fucking 2nd chances and they go behind you’re back and try and fuck with you again.
Biggest advice I have for you all, learn who’s real!
Wish everyone the best and hope they all succeed.

Bryce Hall and Jaden Hossler took to Twitter to address the drama as well with Bryce saying this.

Nessa Barrett, who did not take to Twitter to respond to any of the allegations, spoke out in a statement instead. “I’m only going to speak on this matter once because there are far more important things happening in the world right now,” Barrett, 17, told Us Weekly. “I’m tired of being everyone’s scapegoat, no matter what I say or what people say I’ve done, I get hate online.”

She went on to say “Yes, Chase kissed me & nothing else happened after that. I can speak for the both of us that it didn’t mean anything.” “The narrative that is being spun around me is one of hate and slut-shaming, and the constant DMs and emails of people telling me I’m stupid and should kill myself are getting to be too much for to me bear. I’ve deleted my apps off my phone and only re-download to post — it’s gotten so bad. It makes me want to quit social media altogether.”

She concluded: “I’m thankful for my true friends, my team, and finding solace in the studio on a daily basis. My music has been my therapy, and I’m excited to share my side of the story and my truth through my music with the world when it’s ready.”

For the time being, it looks like D’Amelio has said everything she wanted to say. In a comment to The Hollywood Fix last night, D’Amelio responded diplomatically when asked if she would forgive her ex. “I think I said what I have to say,” D’Amelio said. “And I know my truth. And I don’t lie. So I defended myself. That’s all I needed to do.”

YouTuber Protests for Black Lives Matter in “America’s Most…