Another accusation against Franco as more stories emerge about his disrespect to women. 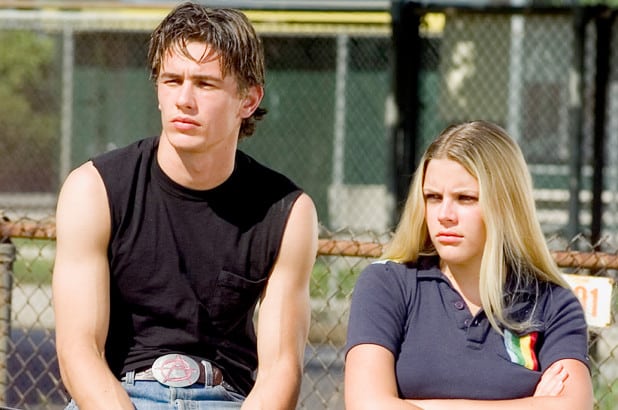 James Franco’s public image has went from star studded heart throb with a sense of humor about himself, to a guy whose respect for women basically amounts to what he thinks he can get from them sexually or otherwise. We ran through the multiple sexual assault accusations, along with the already available knowledge that James Franco tried to hook up with a high school girl in England through Instagram messages. Now, another story comes forward, that of violent physical assault towards Freaks and Geeks costar Busy Phillips, when the two of them had an in character exchange in a scene on the aforementioned show that Franco found offensive, that resulted in real out of character anger and violence.

In a scene where Busy Phillips’ character was to playfully hit her costar as part of these scene, Franco’s reaction was violent and harmful. According to Phillips’ book, This Will Only Hurt A Little:

“He grabbed both my arms and screamed in my face, ‘DON’T EVER TOUCH ME AGAIN!’ And he threw me to the ground. Flat on my back. Wind knocked out of me.”

James Franco then stormed off set, and then after orders from the director and producers, returned to Busy Phillips to apologize the next day. Franco was not fired from the show for his behavior and has since gone on to have a successful career.

Busy Phillips discussed this assault on Bravo!’s watch what happens in 2016, saying on Andy Cohen’s “Watch What Happens Live”:

“He felt like he wanted his character to be one way. He had had a discussion with the producers that he came from an abused family or something, and so he didn’t want his girlfriend — I played his girlfriend — to ever physically hit him. I never knew this conversation existed, and in an improv, I smacked him on the thing, and he was like, ‘Don’t ever touch me,’ and grabbed me and shoved me to the ground. It was an overreaction by a 19-year-old dude. And it was weird and people’s agents had to be called and he had to apologize to me.”

What do you think of the situation? Let us know in the comments or on Twitter at @WhatsTrending.