Gwyneth Paltrow had NO CLUE she was in Spider-Man?? 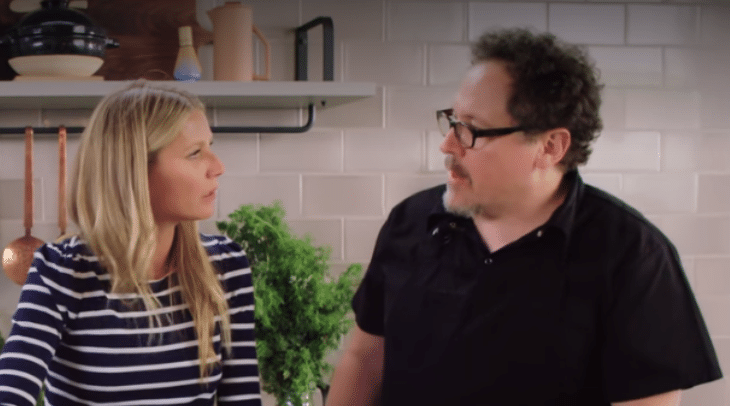 It can be hard work being a movie star, especially if the movies you’re starring in are part of the most ambitious franchise ever made. On top of everything else, just remembering which movies you were in can be a nightmare.

Which is what Gwyneth Paltrow, who has played Iron Man’s secretary and love interest Pepper Potts in half a dozen MCU films – found out during hero cameo on Jon Favreau’s new cooking show for Netflix.

In the clip that’s gone viral, Paltrow is talking about the origins of the show with Favreau (who directed all of the Iron Man films and plays the role of Happy Hogan in several others) when she’s hit with a strange claim: Favreau began thinking about his Netflix series while the two of them were working on Spider-Man: Homecoming in 2016.

The only problem? Paltrow insisted that she was never in a Spider-Man film.

“Yeah, we were in Spider-Man together, ” Favreau reminds her.

“We weren’t in Spider-Man,” a confused Paltrow comments.

The back-and-forth continues for an uncomfortably long time before Paltrow is finally convinced that she was, in fact, on the set of a Spider-Man film three years ago.

Gwyneth Paltrow genuinely did not know she was in "Spider-Man: Homecoming" so this adorable interaction from "The Chef Show" is easily my favorite thing on the internet today pic.twitter.com/lc3VlSs1Hp

gwyneth forgetting she was in spider-man: homecoming I can’t BREATHEJDBDKDB

That's right: no one told Gwyneth Paltrow she was the fourth-billed star in a Spider-Man movie. pic.twitter.com/qUejKNepZN

In fairness to Gwyneth, her cameo in that movie was never actually with Tom Holland, but rather with Favreau and Robert Downey Jr. – her co-stars in the Iron Man films as well as a few Avengers movies. So she can be forgiven for assuming she was filming a scene for one of those flicks instead.

What do you think of Gwyneth’s mind-blank? Can you relate to forgetting about something big you did? Let us know in the comments section.

This Story from Lamar Odom’s New Book will SHOCK YOU