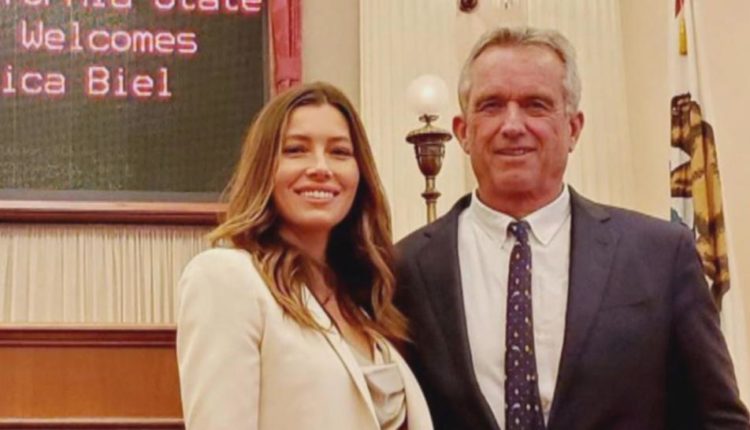 Actress Jessica Biel is best known for her roles in 7th Heaven and the Texas Chainsaw films, but now she’s getting some heat for a controversial statement.

Earlier this week, Biel came out in mild support of the anti-vaccination movement alongside activist Robert F. Kennedy, Jr. Kennedy is the founder of the Children’s Health Defense and claims vaccines are “dangerous and unnecessary.”

Biel traveled to Sacremento to lobby in opposition to a new California vaccine bill, which would limit medical exemptions from immunizations without the approval of a medical expert. She posed for photos with representatives in the state capitol, and was thanked for her courage by Kennedy.

Biel later attempted to clarify on her Instagram that she “isn’t against vaccines.” But not many people are happy with her explanation.

There is something so poignantly privileged about rich people lobbying against vaccines when people in third world countries line up for miles just for the CHANCE to get innoculated https://t.co/L6VmAj0pVu

Jessica Biel isn’t a rogue Facebook mom with a wacky opinion of vaccines, she’s a fucking celebrity with a lot of influence. I’m so annoyed, I wish I could go back in time and unwatch I Now Pronounce You Chuck and Larry.

To be fair, sarah, we all wish we could unwatch that movie.

And while some people are coming to her defense, even bona-fide doctors are criticizing Biel’s comments.

It’s shocking when a celebrity we admire supports a dangerous idea. But that’s why we don’t take health advice from movie stars. Jessica Biel is absolutely wrong about vaccines. Virtually all doctors and the entire medical community agree that vaccines are safe and save lives.

Sorry, @JessicaBiel may have the right to freedom of speech, but freedom of speech doesn't mean freedom from consequences due to exercising that right. If she's going to advocate antivax views that endanger our children, she should expect pushback, especially as a celebrity. https://t.co/RRPXVEXY3A

This controversy comes while America faces its worst measles outbreak in 20 years. California has been spared the worst of it, and experts think that has a lot to do with its crackdown on medical exemptions.

What do you think? Is it wrong for Jessica Biel to argue against vaccines, or is it her right to make her opinion heard? Let us know in the comments!

For more stories like these, head over to WhatsTrending.com or check us out on Roku, Amazon Fire, and Apple TV under the search option “What’s Trending”!

“The Drama is Real” in Escape the Night Season 4