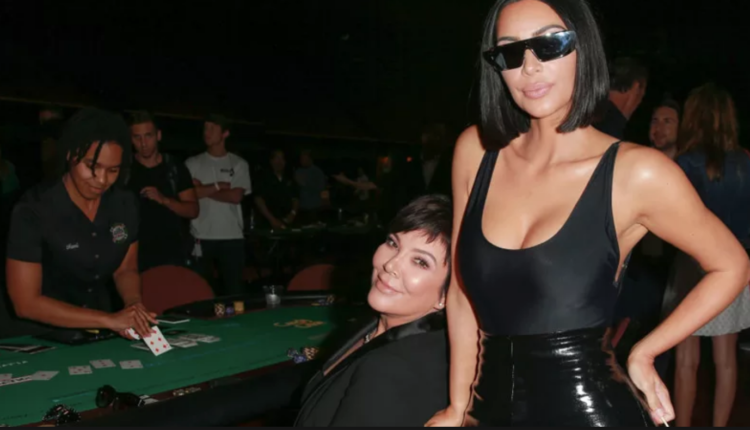 She’s the woman who was reported to have “broken the internet” with a now legendary, and very revealing, appearance on the cover of Paper Magazine. But some of her more recent appearances have also been hitting the headlines in a very major way. But what else would you expect from the social media megastar who’s reported to be worth $350 million thanks to her brilliant handling of endorsements and countless other business interests?

Of course, maintaining this kind of wealth depends on making sure you’re always in the headlines, on the TV and all over the internet – and that’s definitely one of Kim’s key skills.

As well as all of her business interests Kim is also a big supporter of all kinds of charities and always makes a splash wherever she appears – for example at this year’s Met Ball in New York when she stole the show in a stunning  figure-hugging dress by Thierry Mugler. But while all eyes might have been on the catwalk at the Met, she made an equally big impression back when she rocked up at the “If Only” Texas Hold’em Charity Poker event held in Los Angeles in July of last year.

The celebrity fundraiser is a well-known phenomenon and this event was hosted by Shelli and  Irving Azoff, Madison Square Garden and City of Hope, the non-profit clinical research and treatment center for cancer, diabetes and other life-threatening disease and its aim was to raise money for this very worthy cause. The tournament was held in the plush surroundings of the Forum in Inglewood and included a star-studded guest list.

Each hosted their own table where players competed for a fantastic range of donated prizes including VIP tickets to see supergroups like The Eagles and Fleetwood Mac as well as jewellery from top designers and some amazing golfing prizes from club-makers Calloway. The eventual winner of the tournament was Vincent Tontino, CEO of Revolution Studios, producers of big box office hits including Ace Ventura, Black Hawk Down and The Whole Nine Yards.

Overall, the event made $500,000 for the charity proof that gambling has a real role to play in raising money for good causes – something that has discussed as possible way to raise revenue in Kentucky.

All eyes on Kim

The appearance of Kim at the event was notable in two main ways. Her new slim-look figure was accentuated by the plunging top she wore as well as the tight PVC pants and attracted a great deal of attention. But what got even more people talking was Kim’s choice of eyewear at the table. In an image that’s been shared widely online, she’s been shown sporting a pair of mirror sunglasses, presumably to take the shine off all the bling surrounding her at the table.

But the less charitable commenters on social media have suggested that there’s a very good reason why the socialite has shown herself up to be not very intelligent in her choice of shades, namely that all her opponents would have been able to see her hand reflected in their lenses. While this seems like a no-brainer, the reality may be a bit more complicated than it seems.

That’s because it turns out that, as part of a strategy to get the better of their opponents, many pro poker players also favour the wearing of sunglasses to give themselves an advantage. If you’re planning on shocking your opponents by going all-in, you won’t want them to get a feel for your emotion. Famous examples include Chip Jett, Chris Moneymaker and winner of the 2017 World Series of Poker Main Event, Qui Nguyen.

In a game that’s played as much in the mind as it is on the table, being able to hide your emotions behind a pair of impenetrable shades gives an immediate advantage. And, as anyone who’s ever been confronted by seeing their own image reflected straight back at them in a pair of lenses will know, it’s even quite intimidating. Add a hooded top or a baseball cap into the mix and it adds even more to the effect.

As to whether wearing shades risks revealing your hand, you only have to look at how even moderately good players handle their cards. It’s not often you see them fanned out in front of them. More often than not, they’re face down on the table with only the corners being surreptitiously lifted up to check what they are. This has two advantages. Obviously, the first is that it stops any other players from seeing the hand while the second is that it always seems to suggest “I’m hiding an amazing hand here that I’ll only reveal to you when I’m good and ready.”

Plus, beyond the psychological advantage that wearing sunglasses can give, there’s a very practical reason too. Poker games can go on for hours, even days, and a player’s eyes are certain to feel strained after time. But shielding some of the bright lights in the poker lounge can limit the effects.

So while Kim Kardashian may have the online haters it would seem that, once again, she’s made sure that they’re the ones who look dumb and she’s just as smart as ever.

Cardi B Gets POLITICAL With Bernie Sanders