How Miley Cyrus cracked this rumor 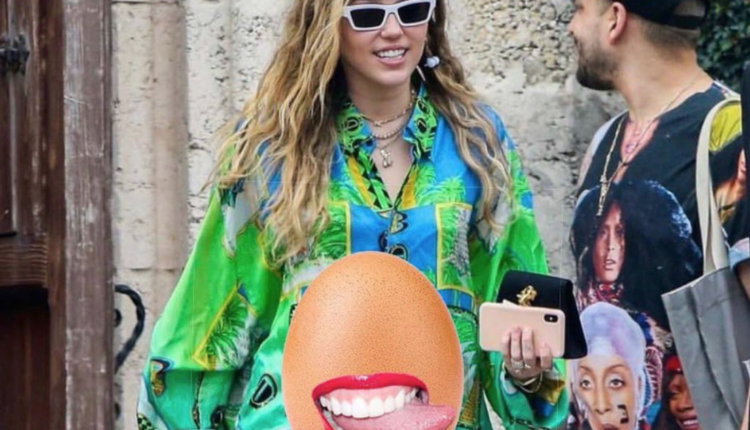 The Daily Mail is to blame for the rumor this time. A photo of Cyrus was tweeted in which she wore loose clothing and an unnamed source claimed she was pregnant.

Later in the day, Cyrus responded to the claim with a statement you can’t egg-nore.

You’ll get it in a second.

“I’m not “Egg-xpecting” but it’s “egg-celent” to hear everyone is so “Happy For Us” …. We’re happy for us too! “Egg-cited” for this next chapter in our lives….,” she tweeted back at Daily Mail. “Now, can everyone leave me alone and go back to staring at an egg.

The tweet included the same image of her in a loose shirt, but this time with a photoshopped egg over her stomach and the iconic ‘Cyrus tongue-out’ phase tongue.

I’m not “ Egg-xpecting” but it’s “Egg-celent” to hear everyone is so “ Happy For Us” …. we’re happy for us too! “Egg-cited” for this next chapter in our lives…. Now , can everyone leave me alone and go back to staring at an egg. pic.twitter.com/uPya87cDSz

Let’s set a world record together and get the most liked post on Instagram. Beating the current world record held by Kylie Jenner (18 million)! We got this ? #LikeTheEgg #EggSoldiers #EggGang

The previously most liked photo on Instagram from Kylie Jenner was of her baby Stormi in February that has almost 19 million likes. The egg picture is at almost 48 million likes after being posted on January 4. The egg account harnessed the fame and released a merch line with six different apparel items.

Back in October, Cyrus was seen shopping for baby clothes and in 2017 it was speculated she was pregnant after she posed with her hand on her stomach. At the time she tweeted “RUDE!!! Not pregnant just eating a s*** ton of tofurkey.”

Cyrus seems to be eggs-hausted from all of the pregnancy rumors. What do you think of her response to the Daily Mail? Let us know in the captions or on Twitter at @WhatsTrending.

VIDEO: N’Sync Singing the Poke’rap Will Take You Back to the 90’s