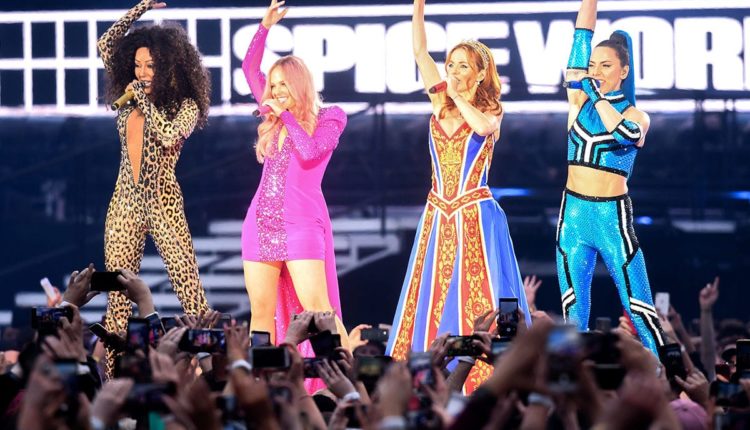 “Let’s make the headlines, loud and true!” It seems as if the Spice Girls kickoff show of their tour last night in Dublin has most certainly gained the attention; however, not in the best way.

Although the girls were dressed to the nines, sporting cheetah print, hot pink and dazzling sparkles, this did not overshadow the unfortunate poor sound quality.

One twitter user tweeted, “What the hell none of your songs played 150 euros a ticket so let down.”

Another user wrote: “The #spicegirls put on a fabulous show tonight. But am really surprised no one seems to be talking about how poor the sound was. Could hardly make out the words they were saying at times. Was worst sound I’ve ever heard at a concert.”

The reunion tour has 13 show dates; however, one member is missing from the iconic group. Victoria Beckham, aka “Posh Spice,” was nowhere to be found. Apparently, she is taking time to focus on her fashion brand. First Geri Halliwell aka “Giner Spice” back in 1998, and now Posh Spice? Hmmm,  if one member was missing in action, does that really constitute a reunion?

Posh Spice did support her sisters through social media, though. She posted a picture of the group from over a decade ago, captioning it “Good luck to the girls today as they start their tour! x VB #SpiceGirls #FriendshipNeverEnds@EmmaLeeBunton@TheRealGeriHalliwell @OfficialMelB@MelanieCMusic.” Beckham’s fashion empire launched back in 2012, when it was really just at the ground stages.  At the beginning, she only had one other person on her team and about 10 dresses total. Today, however, the mogul has dominated the fashion industry, partnering with Reebok to create a limited-edition capsule collection.

The legendary girl group formed back in 1994 with the help of two talent managers scouting for ‘streetwise’ girls, according to the newspaper ad at the time. After narrowing down the search to 12 girls, Mel B, Geri Halliwell, Victoria Beckham, Emma Bunton and Melanie C were chosen, and went on to tour the world and top the charts with their trailblazing music.

What do you think of the Spice Girls reunion? Is it the same without Posh Spice? And would you have left the concert early due to the poor sound quality? Let us know in the comments section down below.

Is Social Blade in Trouble??