The iconic boy band brothers are all grown up and we're here for it. 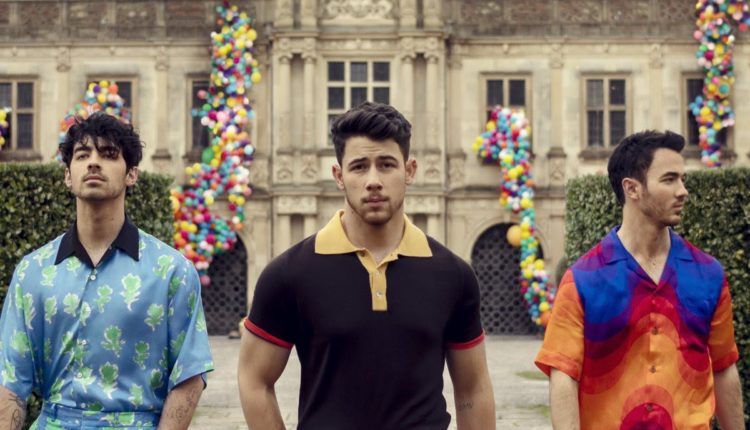 The Jonas Brothers are all grown up and we're here for it!

#SuckerVideo is officially out! We really had the best time shooting this video in England with our family. Hope you guys love it. Feels good to be back 😎https://t.co/GhiRS1aISq pic.twitter.com/8FngHk3qcb

But as we all know.

They first blacked out all their social media.

Causing their diehards to go into a frenzy.

Just for you guys 🎉 pic.twitter.com/IaYohmXMBv

Then they officially announced the return with a video.

I edited the videos next to each other. What a glow up dude pic.twitter.com/r9nFvX7twn

A new single called “Sucker” was coming out that night.

And people were excited, to say the least.

And then it finally came out.

All the Jonas Brothers stans coming together once again #JonasBrothers pic.twitter.com/ab36BY69f0

The “Sucker” video is an homage to the recent Oscar-winning movie “The Favourite.”

#JonasBrothers if you didn’t pregame with throwbacks from the “it’s about time” album then cry the second you heard the new single are you even a JBro fan? pic.twitter.com/SjARqi34dM

Let us know how happy you are that the Jonas Brothers are back!

Did ‘Thank U, Next’ PREDICT Ariana and Big Sean REUNION?!