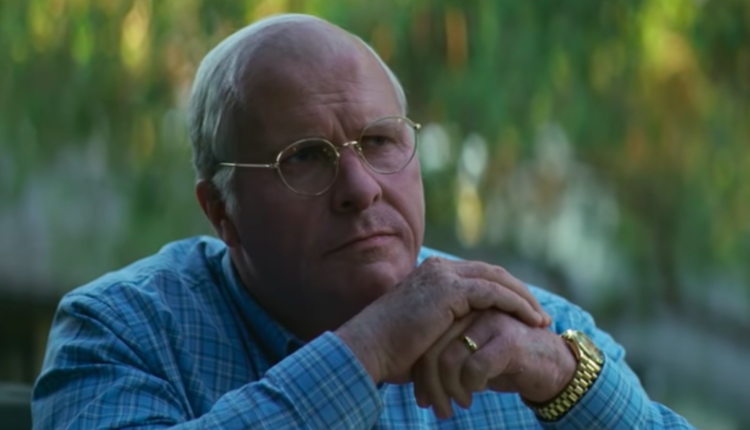 Ever since Oliver Stone proved himself to be long in the tooth, Adam McKay, once of Anchorman and Step Brothers fame, now the guy who makes masterful and bizarre pieces looking into our broken government and economic system, has stepped up to the plate to deliver the sort of biopics and explorations that we have been wanting for a while. The Big Short netted McKay a much deserved Academy Award for Best Original Screenplay, and his HBO series Succession put a much needed eye on the super creeps who continue to mess with our economy. Now, Adam McKay is back with a look at Dick Cheney, the guy you hated more than anyone in the world until Trump came along to share in that honor. Check out the trailer, featuring Sam Rockwell as George W. Bush, Steve Carrell as Donald Rumsfeld, and Christian Bale, with an Oscar’s worth of weight gained, as Dick Cheney. Check out the trailer below.

Ooo! It’s getting me steamed like it’s 2004 all over again! Ooo! But what did you think of the trailer, or for that matter… the invasion of Iraq or the Mission Accomplished banner. Yeah, that’s right, we’re covering all our bases. Hell, let’s throw Hurricane Katrina in there too. I am “of a certain age” and still incredibly angry at all of these things. Let us know in the comments or on Twitter at @WhatsTrending.

Also, do you want more Adam McKay adjacent material? How about from his #1 actor, Will Ferrel? Well then check out these fantastic sketches from Saturday Night Live starring Will Ferrel, or check out the time Ferrel and Joel McHale visited the Hammer museum. Actually, let’s never forget in general, that before he had the stable of the great Academy Award winning actors by his side, McKay’s #1 George W. Bush… Mr. Will Ferrel! Round of applause everyone!

Nation Receives “Text” From President, Twitter Makes Fun Of It