Eminem can't seem to stop using homophobic language, as much as he himself seems to want to. 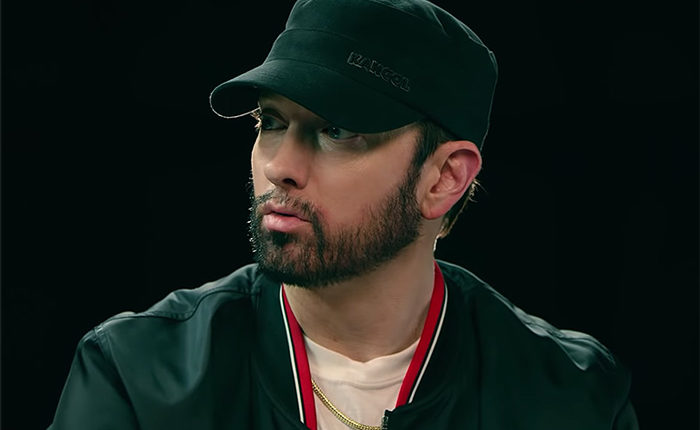 Eminem’s casual homophobia on his albums has… not aged well. What used to seem like an integral part of his rough, trahsy persona has now become a humiliating relic of an age when being casually homophobic was considered as common as the word “cool”. Eminem showed his more socially aware side with his now famous freestyle about Donald Trump, so fans hoping for something a little better were dismayed to hear Eminem call rapper Tyler the Creator the homophobic f word on his latest album Kamikaze. Tyler the Creator has hinted at a possible gay or bi identity in recent years, so its clear that the slur, coming from the heterosexual Eminem, was meant to be… well… bigoted. And hateful, and hurt the rapper. Eminem has now released an apology, less for the comments made towards Tyler, and more towards the hurt the word caused so many people.

Said Eminem in an interview with Sway Calloway that is being released in parts (here are parts one, two and three, with the third part containing the comments), that he called Tyler the Creator the word due to the rapper saying a new song from Eminem was bad on Twitter (this is clearly… awful justification for homophobia). As transcribed by Genius.com:

“You don’t have to like [my music] and it could really suck, but being that somebody was really cool to you, you would expect some kind of reciprocation.… So, when Tyler tweeted out the thing about ‘Walk On Water,’ [saying], ‘This song is horrible,’ [I was like], ‘I need to say something now… It’s just the game and competition—spirit of the MC. With the Tyler, The Creator thing, I realized [it was wrong] when I said it, but I was angry when I said the shit about Tyler. In my quest to hurt him, I realized that I was hurting a lot of people by saying it. At the time, I was so mad… but in the midst of everything else that was going on with this album, the things that it took to pull this album together… it was one of the things that I kept going back to going, ‘I don’t feel right with this.’ Before the album came out, I had the conversation with Paul [Rosenberg] and we spun the word back. Now, I realize people can hear what I’m saying anyways.”

Again, someone saying your music is bad, and you saying that they’re less than because they are gay with the use of a homophobic slur are… unbelievably different. Beyond different. Eminem. Tyler the Creator is such a specific dude. You couldn’t think of anything to make fun of him for except his sexuality? Awful.

What do you think of Eminem’s statement? Let us know in the comments or on Twitter at @WhatsTrending.