Ezra Miller, that cinematic star best known for playing The Flash in the DC movies, wore a mind bendingly odd costume for the Red Carpet of “Fantastic Beasts and Where to Find Them: The Crimes of Grindlewald”, a movie in which he plays a character named Credence Barebone (cool!). 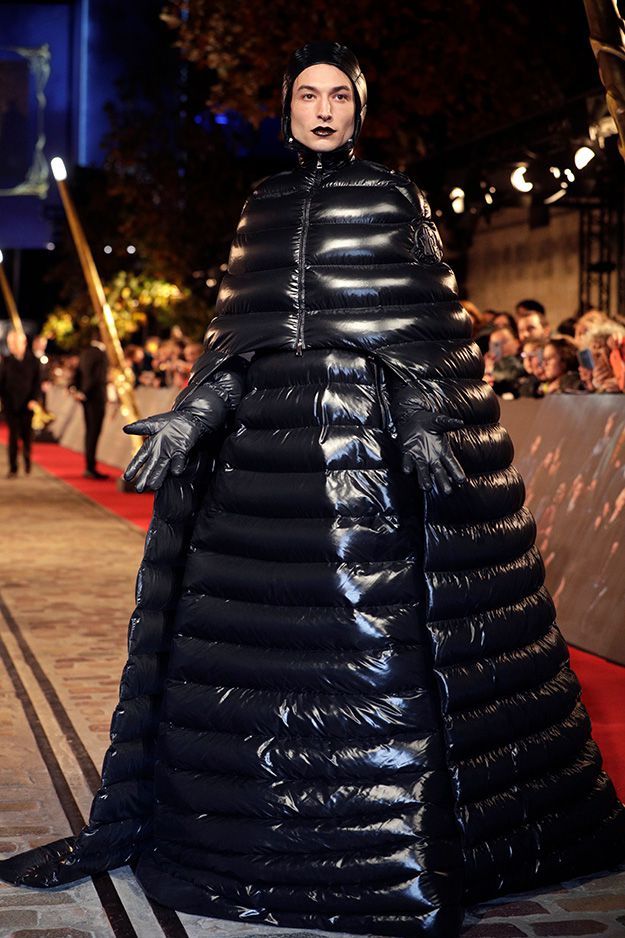 The outfit, which Miller wore to the Paris premiere, has brought to mind to people such comparisons as a sleeping bag, or a trash bag, but I think with the red lipstick and the odd shocking look, he almost reminds me of Klaus Nomi, that old collaborator of David Bowie, and brilliant singer in his own right whose freakish and odd, German accented covers of very mainstream songs we beloved in the art music scene.

What I love abut the look too? No one came imaginably close to dressing like this! I mean check out this group shot! Way to just completely suck the focus, but in a good way. If these people wanted to be deigned worthy by the fashion Gods, then they should have stood at his feet with an offering as noble as the Trash Bag Man and his Trash Bag Art House Klaus Nomi referencing ways! Credence Barebone, neé, Ezra Miller, we salute you! 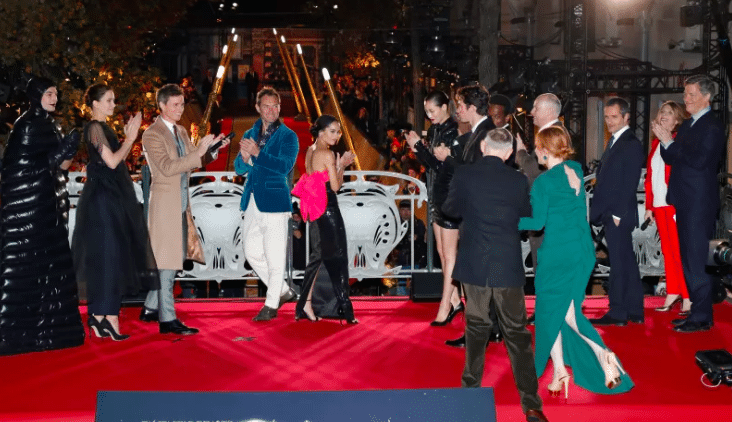 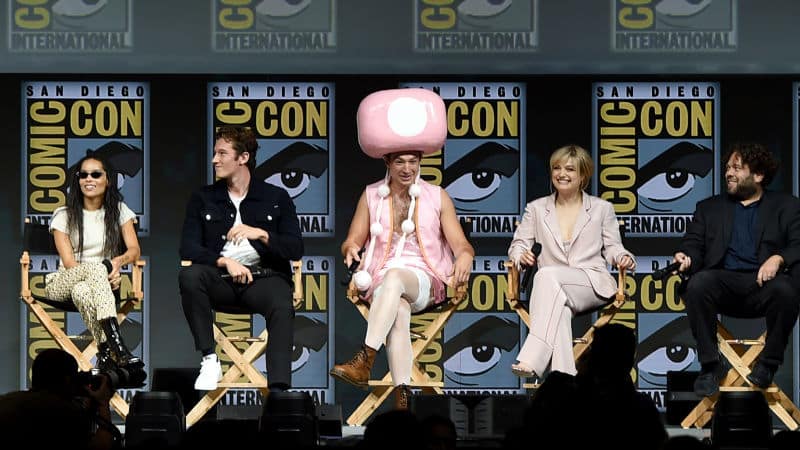 What do you think of the grand and sartorial decisions of one Mr. Ezra Miller? Let us know in the comments or on Twitter at @WhatsTrending.