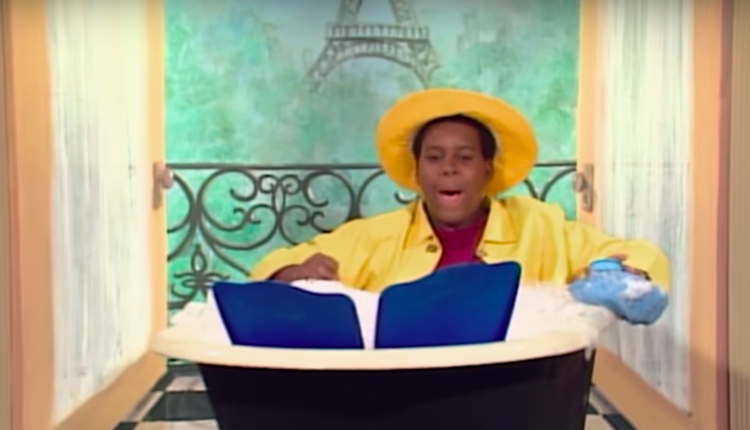 If you were an even vaguely weird kid in the 1990’s, then Nickelodeon’s kid sketch show, “All That” was about as good as you can get. Between Pierre Escargot honking it up in French in the bathtub to the premiere of the beloved performer Amanda Bynes. The show, that was a staple for millenials, and boasts SNL’s longest running cast member, Kenan Thompson, as one of its alumni, is now coming back to Nickelodeon, with the aforementioned Mr. Thompson serving as executive producer.

Nickelodeon president Brian Robbins said to Nickelodeon: “We think there’s a great opportunity to find the next pool of stars,” said Robbins. “We want to bring the show back in a real fun way. This summer, we are going to bring back a lot of the original cast and the cast through the years, and let them introduce the new cast of ‘All That’ to the world.”

Kenan Thompson, who had All That be one of his first big jobs in the industry, said that his role will be managerial, but limited, as he will not be leaving Saturday Night Live to work at All That full time: “If I’m not at the table read, I’ll be on the phone during the table read. I’ll be around…. I think [the show] should be a staple show for Nickelodeon,” he said.

So if you’re a middle schooler with a killer Jim Carrey impression (at least that’s what it took in my days during the original All That), come audition for this, and live out my childhood dream of meeting Pierre Escargot.

Now, without further ado, here are some amazing All That sketches, from the Kel Mitchell starring Good Burger…

All of this stuff is insane. And finally, here’s Kenan Thompson as Pierre Escargot. I can’t wait for this. I have to have kids now so they can watch this thing… hmm…

What do you think of the return of All That? Let us know in the comments or on Twitter at @WhatsTrending.